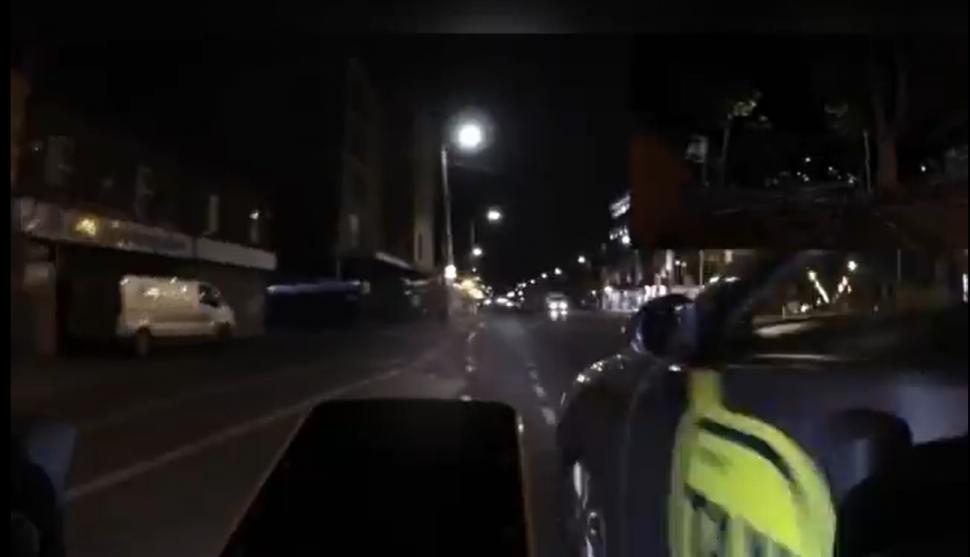 Dermott Reynolds received an 18-month suspended sentence for twice veering towards a cyclist — knocking him down the second time — following a verbal exchange about the professional driver's tailgating...
by Dan Alexander

A Dublin taxi driver who deliberately knocked a cyclist off their bike has avoided jail, instead receiving an 18-month suspended sentence.

Dermott Reynolds now works for a courier company despite having pleaded guilty to one count of endangerment at Dublin Circuit Criminal Court in relation to the incident from September 2018, for which he was also ordered to pay his victim €2,000, Independent.ie reports.

> Motorist deliberately rams cyclist before driving off – as passenger films

The incident, video of which was shared on road.cc in 2018 and was used as evidence, unfolded at around 6am on September 20 when the cyclist – credited on the footage as José Jiménez – took issue with the driver's tailgating.

Following a verbal exchange, the driver accelerated past before cutting across the bus lane to block the cyclist's path, knocking the rider off their bike on the second attempt.

The driver told Mr Jiménez it had been an accident and drove off, seemingly unconcerned by the cyclist's assertion that the incident had been caught on his camera.

> Video: Dublin taxi driver drives on wrong side of road at cyclist

Reynolds later went to the gardaí to claim the cyclist had undertook his vehicle and verbally abused him. However, the rider's camera footage proved key, and showed the motorist twice veering towards him, knocking him off his bicycle.

Judge Martin Nolan concluded Reynolds' behaviour was "reprehensible" but concluded the driver should not be sent directly to prison for the incident from four years ago, instead deciding on an 18-month suspended sentence and €2,000 in compensation to be paid to the victim within six months.

The court heard that the former taxi driver had two previous minor convictions for road traffic offences, but the judge took Reynolds' mitigating factors — the defence counsel told the court the driver's dad died a few months after the incident and he is currently caring for his ill mother — into account during sentencing.