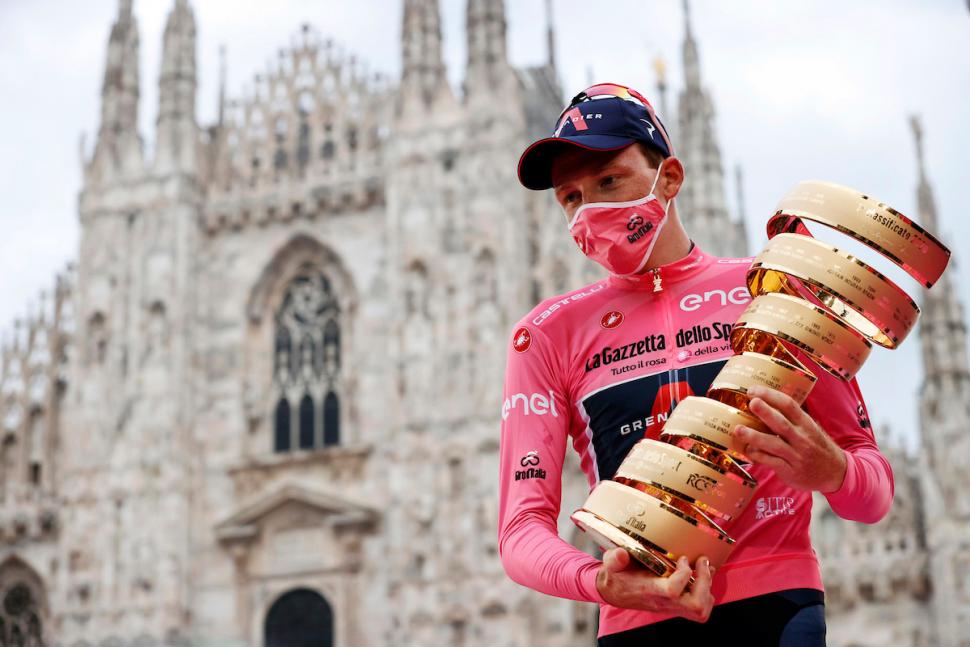 Tao Geoghegan Hart back racing today at Challenge of Stars

Giro d’Italia champion Tao Geoghegan Hart will be back racing this afternoon in the Challenge of Stars virtual cycling tournament from Bkool in partnership with RCS Sport, organisers of the Italian Grand Tour.

The 25 year old Ineos Grenadiers rider will be racing head to head against Trek-Segafredo’s Giulio Ciccone in the opening round of the knockout tournament at 4pm GMT, with the action streamed live on

The pair are among eight climbers who will take on a virtual representation of the Passo dello Stelvio – others include Vuelta champion Primoz Roglic of Jumbo-Visma, and Deceuninck-Quick Step’s João Almeida. 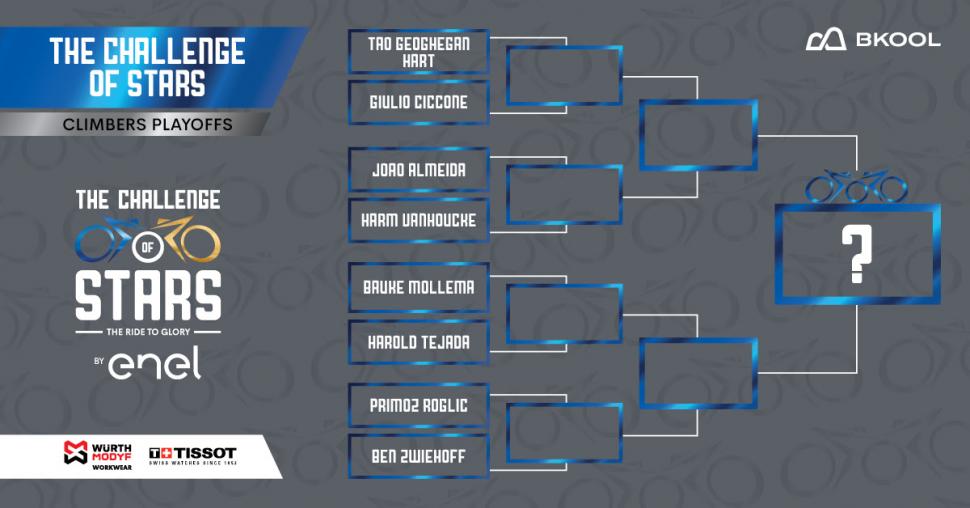 At 6pm GMT, the action switches – virtually, at least – to the Tuscan countryside, as eight sprinters are paired off for their first knockout round, including Giro d’Italia points classification winner Arnaud Demare of Groupama-FDJ. Geoghegan Hart said: “I’ve not raced since winning the Giro so it will be good fun to blow out the cobwebs and take on some of the best climbers in the world in The Challenge of Stars. Let’s see if I can do well in this knockout tournament.”

Demare added: “I am very happy to be able to race during Christmas time. Physically, of course, I am not as competitive as I was during last Giro d’Italia but to me, this is a game, a cycling party as well as a nice moment of sharing with the public at a time when we don’t usually interact much with our fans.

“The level of contestants is impressive and challenging. This format is all new to me, I’m already caught up in the game”.

Both events will be streamed live on the Giro d’Italia’s Facebook page, as well as on Eurosport Player.