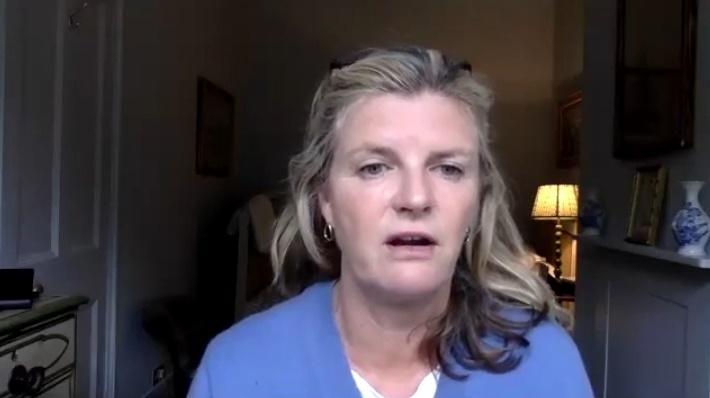 Susannah Constantine – the fashion presenter best known as one half of Trinny and Susannah – says she hates cyclists so much that if she saw her own husband out on the road in Lycra, she’d run him over.

Speaking on the latest edition of her My Wardrobe Malfunction podcast, Constantine offered to join actress Sarah Parish on whatever sponsored physical challenge she had planned next.

Parish said she was due to do a charity bike ride for her and her husband’s organisation, The Murray Parish Trust, which works to ensure that children affected by major trauma can receive the best emergency care as close to home as possible.

“Oh I hate cycling,” replied Constantine. “I won’t cycle. No, I fucking hate cyclists. My husband is a cyclist and if I see him on the road on his bicycle, I’m going to run him over.

“And the day when I know I’m about to die, I’m going to get in my car, aged 90, and I’m going to drive into cyclists wearing Lycra, kill the lot of them and go and die in jail.”

Constantine went on to say that she had once agreed to go for a ride in Sussex with her husband, stipulating that she would not wear Lycra, “and if I’m seen by anybody, I’m going to cycle behind a bush and hide. I don’t know what it is. I just find them so irritating.”

Parish theorised, “I think it’s because they’re quite arrogant, aren’t they? And you’re driving behind them for ages and they won’t go single file.”

Perhaps realising that they were only talking about this because of Parish’s own charity ride, Constantine then said: “But off road is different. Are you going to go off road?”

It turns out the charity ride will be 700 miles long, although Parish had only planned on doing part of it herself.

Without wishing to be naysayers, we feel like the odds of that happening are fairly low.