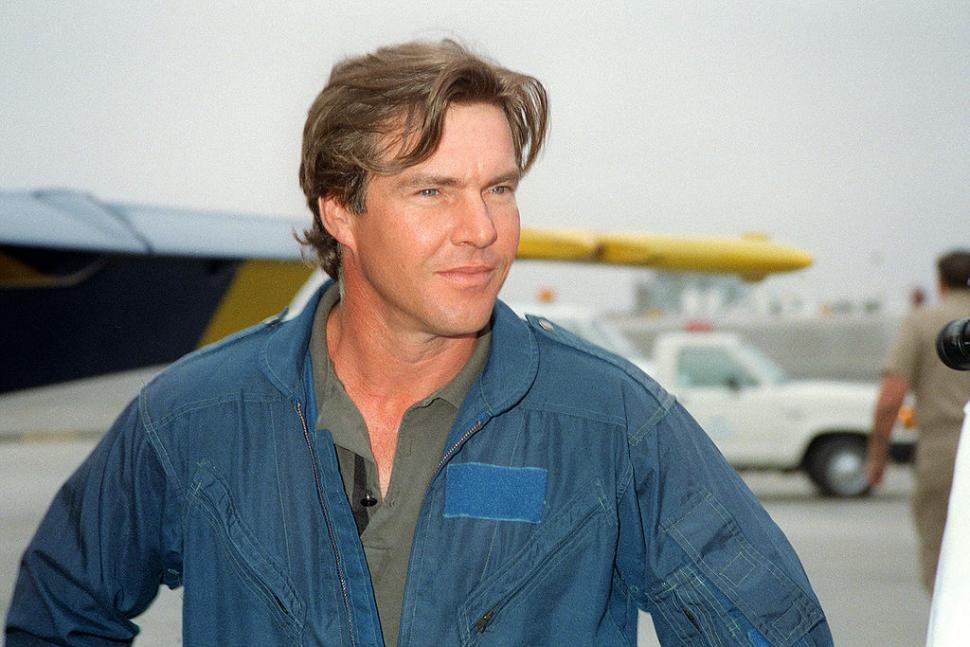 This morning, the US arm of Britain's most-read tabloid published an article online about Dennis Quaid heading out for a ride with his fiancé. We've got a few bones to pick.....
by Jack Sexty

Sometimes, the celebrity sections of tabloid newspapers try to do articles about famous people cycling... and more often than not, we've noticed there tends to be a few inaccuracies.

18 of the best cycling films

Dennis Quaid suits up for an intense cycling session with his fiancee Laura Savoie https://t.co/Ej7nbDACml

The latest one we've spotted on the Daily Mail Online this morning - titled "Dennis Quaid, 66, suits up for an intense cycling session with his fiancee Laura Savoie, 26" - might be short and sweet, but there's so much in there that left us scratching our heads we thought it was worthy of further scrutiny and analysis. Quaid was of course a star of the legendary cycling film Breaking Away, and more than 40 years on it appears he's still fond of a bike ride in real life; as is his fiancé Laura Savoie, a PhD student and Real Estate consultant who got engaged to Quaid last year. After learning that Quaid and Savoie went out for a ride to "take a break from quarantining", we learn that Quaid "appeared to take his trek seriously" (as in their journey, not Savoie's Trek bike presumably) because he was "decked out in a blue and orange striped cycling shirt and shorts". 99.9% of us would invariably refer to his 'shirt' as a 'jersey', and there also seems to be some confusion over how Quaid's cycling-specific gear would impact his ride. The reporter states that the couple seemed to be evenly matched "despite Dennis' heavy-duty gear"... when of course, his light-coloured lycra kit would be far more appropriate for the trip than Savoie's black tracksuit, if they did indeed get in some "serious distance" as claimed in the preceding paragraph.

The author also refers to Quaid's "slim street tire", which is of course a road bike tyre to you and me. We're told that Savoie "rocked more heavy-duty off-road tires"; and while there's nothing particularly striking about that description, we hope she wasn't rocking on them too much to avoid a potential accident. 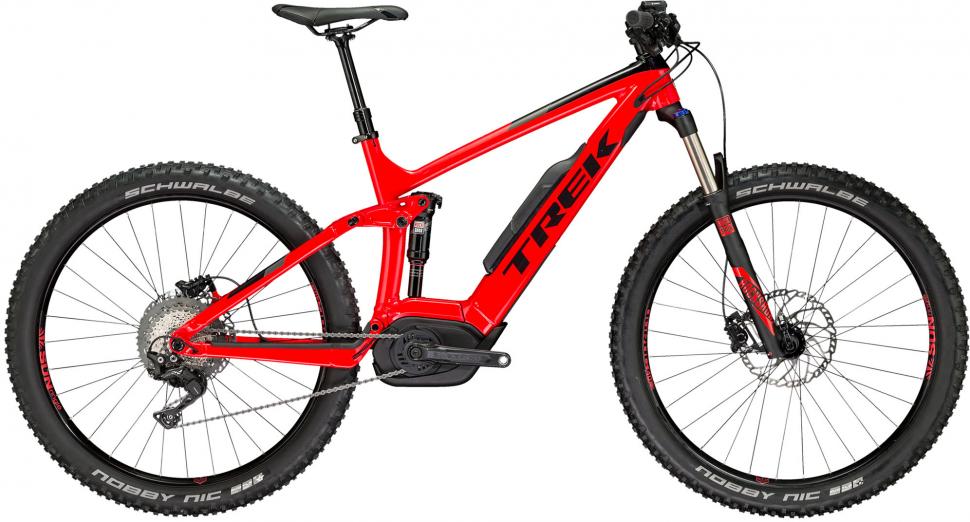 "Despite Dennis' heavy-duty gear, the couple seemed to be evenly matched and didn't have trouble keeping the same pace", we're told.

We've already clarified that Quaid's kit is actually to his advantage and not really 'heavy duty' at all, but nowhere is it mentioned that Savoie has a very obvious advantage... namely a few hundred watts of extra power courtesy of her Trek Powerfly FS electric bike. In the US e-bikes also aren't limited to 15mph and 250 watts like here in Blighty (read more about that here), and looking at the specs of a US edition Trek Powerfly, Savoie would have had at least a 500 watt motor and assisted speed of up to 20mph to play with. Quaid certainly wouldn't have been breaking away from her around the hills of Los Angeles...

As detailed above, Quaid was the star of legendary 1979 cycling flick Breaking Away, which doesn't even get a mention until the final sentence... when we're told that his first wife was P.J Soles, who co-starred with him in the film.

Dennis Quaid, 66, suits up for an intense cycling session with his fiancee Laura Savoie, 26https://t.co/giOki00fGt

Apart from the bizarre mention of his 'slim street tyre' nothing else at all is said about Quaid's extremely serious ride, which appears to be a Pinarello Dogma F10. We also spy a Shimano Dura-Ace 9000 series crank and brakes, fine components indeed... but with presumably more than enough cash to afford it, how come Quaid hasn't gone for the latest F12 specced with Dura-Ace 9100 to match the Team Ineos colour scheme? Next time the paper report on a bike this lovely, we'd like to see a full spec list and freehub sound check at least.

It's not on Strava, so it didn't happen

The article claims the pair got in "some serious distance"; however there's no Strava link, so we have no evidence of this whatsoever thus the whole ride was pretty much meaningless.

It's not even really about bikes, probably Not including captions, the article begins with 144 words about the bike ride (with most of that describing what the pair are wearing), followed by 340 words discussing both the age gap between 66-year-old Quaid and 26-year-old Savoie, and Quaid's former flames. Could it be that this article's primary intention wasn't to report about Mr Quaid and Ms Savoie's bike ride at all? A crying shame indeed if true...

1
Rapha undergoes refinancing operation to write off debt but says it “far outperformed” rivals in 2022
2
Near Miss of the Day 848: An overtake worthy of the 'must get in front' title
3
Judge tells man who "played the system" after dangerous driving killed two young boys to expect "very significant sentence"
4
Near Miss of the Day 847: Careless caravan close call causes cyclists concern
5
Mavic launches the Cosmic Ultimate as “lightest wheelset in its category”
6
You've heard of a coffee ride - now Canyon uses real arabica coffee for new Speedmax CF SLX finish
7
Murder suspect in deaths of father and son killed while cycling released on bail
8
Large vehicle may have crashed into controversial bike hangar, council says