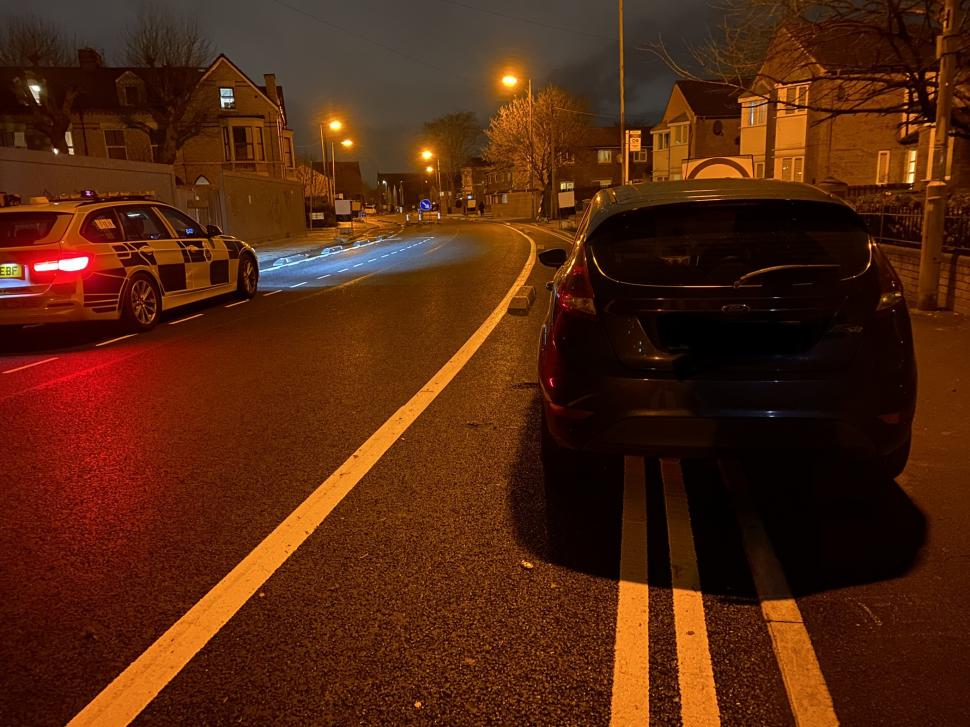 Merseyside Police crack down on parking in bike lanes (via Twitter)

Police in Liverpool have cracked down on motorists illegally obstructing cycle lanes after a complaint was made about a car which had been parked in one of the lanes on the Kingsley Road for days.

Responding to the complaint, Merseyside Police’s Roads Policing Unit visited the area in Toxteth and issued a number of tickets for “causing an unnecessary obstruction”.

Following a community complaint earlier today on our previous tweet, patrol has attended Kingsley Road to look at the parking issue. Several tickets for causing an unnecessary obstruction have been issued #MRPU #SYN1 #YOUSAID/WEDID pic.twitter.com/B6rEFmHJ8g

The unit took to Twitter to highlight and share images of the offences, and to warn drivers against parking in the lanes. “If you have a drive way, use it,” the tweet read. “There are also parking areas on the side of the road where the Police vehicle is. Please do not obstruct the cycle lane or pavement or you can expect a ticket”.

A couple more examples of obstructive parking from Kingsley Road - if you have a drive way, use it. There are also parking areas on the side of the road where the Police vehicle is. Please do not obstruct the cycle lane or pavement park or you can expect a ticket #MRPU #SYN1 pic.twitter.com/409FSqatTl

The response to the police’s action was generally positive, with one Twitter user urging the unit to “keep this up until the message gets through!”

The newly-installed Kingsley Road cycle lanes form part of an experimental £1.3 million investment into traffic infrastructure in the area, which also includes the creation of a new temporary one-way system, a 20mph speed limit, and resurfacing works.

Incidentally, the one-way system was installed to allow for more road space for formal parking, to avoid motorists obstructing the cycle lane. A decision will be made in June on whether these changes will become permanent.