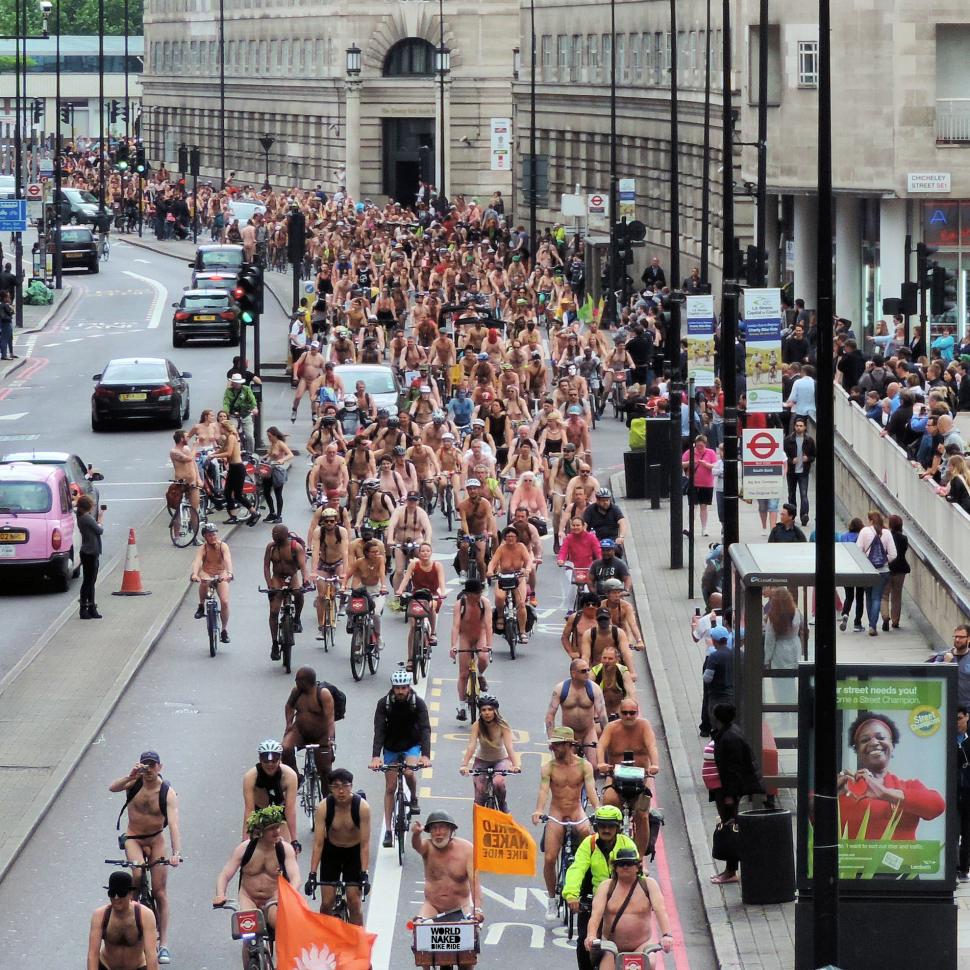 Organisers were confident of safety of riders, but had concerns over that of spectators
by Simon_MacMichael

The collective that organises the annual London leg of the World Naked Bike Ride (WNBR) have abandoned plans to hold a socially distanced version of the event this year, road.cc has been told.

The WNBR London collective had hoped to be able to stage the event and had been confident of making it safe for participating riders.

However, with the ride attracting large numbers of spectators along the route, there were concerns about the safety of those watching thee WNBR pass by, hence the decision not to go ahead with a socially distanced event.

Now held in more than 124 cities around the globe, the WNBR sees participants celebrate cycling and the human body, as well as demonstrating the vulnerability of cyclists and protesting against car culture and dependency on fossil fuels.

The first WNBR in London took place 16 years ago and this year’s event, originally scheduled for 13 June, had been billed as the biggest ever, with eight start locations around the capital converging on a central location and the main ride of over 1,000 riders.

It was cancelled in April, however, due to the COVID-19 pandemic and instead a virtual Not The World Naked Bike Ride was held on 13 June with more than 300 people participating through social media, together with an afterparty on Zoom.

Organiser Cy Wol said afterwards on the WNBR London blog: “A great learning point from lockdown is that we could achieve so much more, using far fewer natural resource, reducing pollution, cutting risks, and including a broader community if we work online instead of meeting face-to-face.