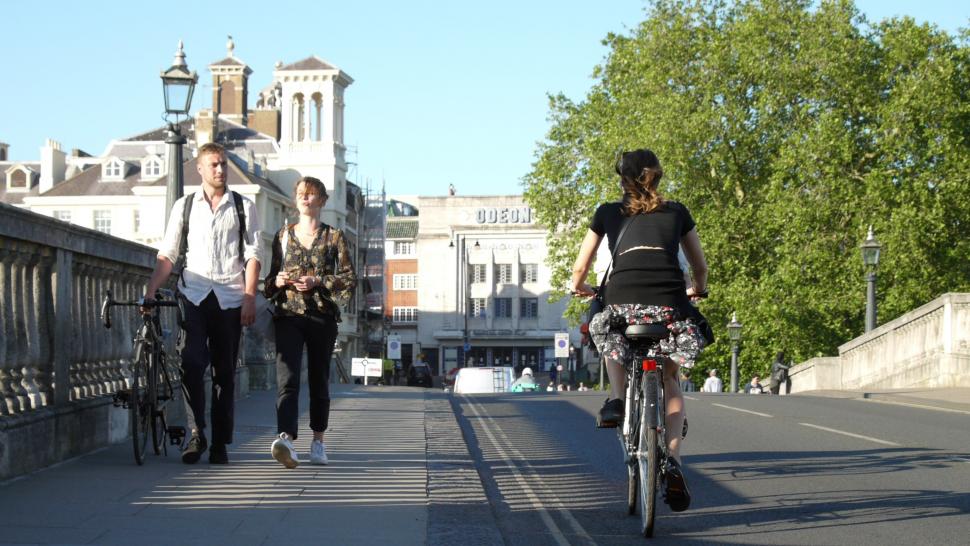 Nick Freeman, the lawyer known as 'Mr Loophole' who has helped celebrities including David Beckham and Jeremy Clarkson avoid motoring convictions, says that lockdown has led to “a culture of toxic cycling” and has repeated calls for cyclists to be licensed and insured.

Yesterday was World Bicycle Day, and at a time when cycling is booming in the UK as a result of lockdown, the solicitor did the round of media outlets including BBC Look North and BBC Radio Scotland to call for tougher regulation of cyclists.

Freeman claims to be a supporter of cycling, but insisted there was a  “dangerous entitlement” on the part of many cyclists since the country went into lockdown.

Quoted on the Daily Mail-owned website This Is Money, he said: “Boris Johnson recently said the near future should be a new golden age for cycling. And I agree – cycling is such a healthy and eco-friendly way to travel.

“Unfortunately, while there are many responsible cyclists, some seem to have abandoned all road sense since lockdown began.

“Lack of cars has allowed a culture of toxic cycling to prevail on our empty roads as some riders claim the highways as their own,” Freeman continued.

“It has made some cyclists ride with a sense of dangerous entitlement.”

Freeman’s solution to that perceived problem remains the same as he has regularly trotted out before – compulsory tabards with a registration number on them, a points-based system similar to that operating for drivers who break the law, as well as compulsory insurance.

In the past, he has also called for helmets and hi-viz clothing to be made compulsory.

He has also criticised cyclists for filtering and for riding in primary position in the road – leading cycling author and journalist Carlton Reid to say, in 2015: “I’m surprised that a lawyer specialising in transport could be so ignorant about the various Road Traffic acts and the Highway Code.

“It is not illegal for cyclists to undertake and to ride in the middle of the road.

He added: “Mr. Freeman’s point about registration plates assumes that cyclists would be somehow more law abiding if they had them fitted.

“If registration plates were so effective Mr Freeman would be out of a job because motorists wouldn’t dare to break the law for fear of being identified.”

Freeman’s latest comments come at a time when police forces across the country have highlighted a big increase in drivers speeding due to emptier-than-usual roads during lockdown.

So, while he may fret about cyclists, at least he won’t need to worry about his caseload defending motorists being prosecuted for breaking the law drying up any time soon.