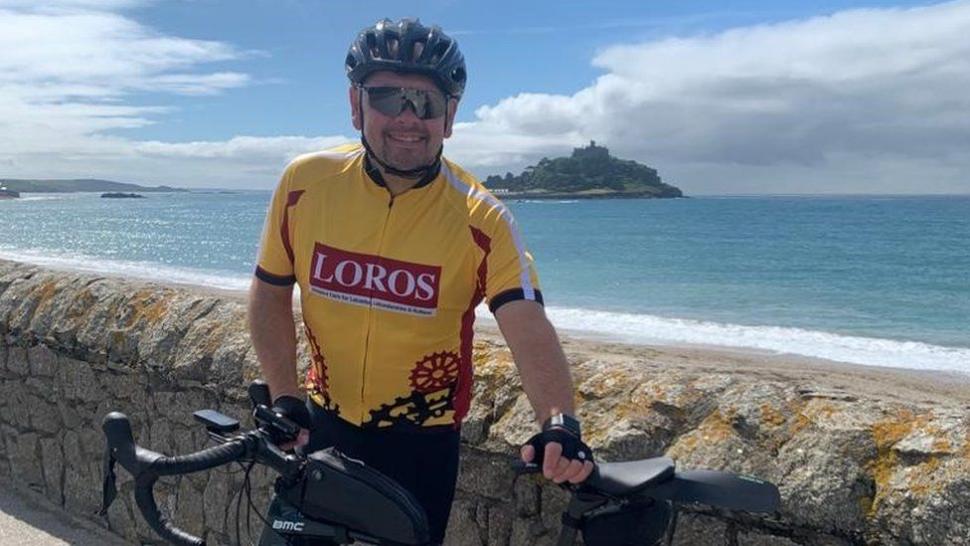 A cyclist undertaking a charity ride from Land’s End to John O’Groats has died after suffering a heart attack less than 30 miles from the finish of the end-to-end ride.

John Holubjowsky, aged 58 and from Stoney Stanton in Leicestershire, had been raising money for the hospice where his mother had received end-of-life care, as had a close friend of his.

He was 28 miles from John O’Groats on the organised group ride when the tragedy struck, reports the Leicester Mercury.

Fellow riders and police and paramedics who attended the scene tried in vain for 45 minutes to revive him.

His wife Keeley said that he had not previously suffered from cardiac-related issues.

“He had never anything like this before,” she said. “It’s been awful – the worst thing in the world. I wouldn’t wish this on anyone.

“He was just a lovely man – caring, considerate and everybody's best friend. He always put the girls and me first. He was always telling jokes. We would have been married for 20 years this August.”

“He had 30 miles to do on the very last day of the ride and was about 10 miles in when he was seen to fall off his bike,” she continued.

“They could immediately see something was wrong and they started CPR. The police came and took over and then the ambulance came. They carried on trying to save him for about 45 minutes but he was gone.

“He had been training for the ride since Christmas and had been so excited. He phoned me every night while he was away and he said how good it felt to be doing the ride. He was on a real high and finding the cycling fine.”

Mr Holubjowsky was fundraising for the hospice LOROS, which supports more than 2,500 people across Leicestershire and Rutland annually.

His page on JustGiving has raised more than £3,000 to date, and his previous fundraising efforts for the charity included running the London Marathon.

On his JustGiving page, he said: “I am attempting to cycle almost 1,000 miles from Land’s End to John O Groats in 11 days.

“After a busy year last year with hardly any training , I have been training hard since Christmas.

“I am paying all expenses for the trip myself and decided to ask for sponsors to raise some funds for LOROS.

“I would be very grateful if you could please donate, every little helps.”