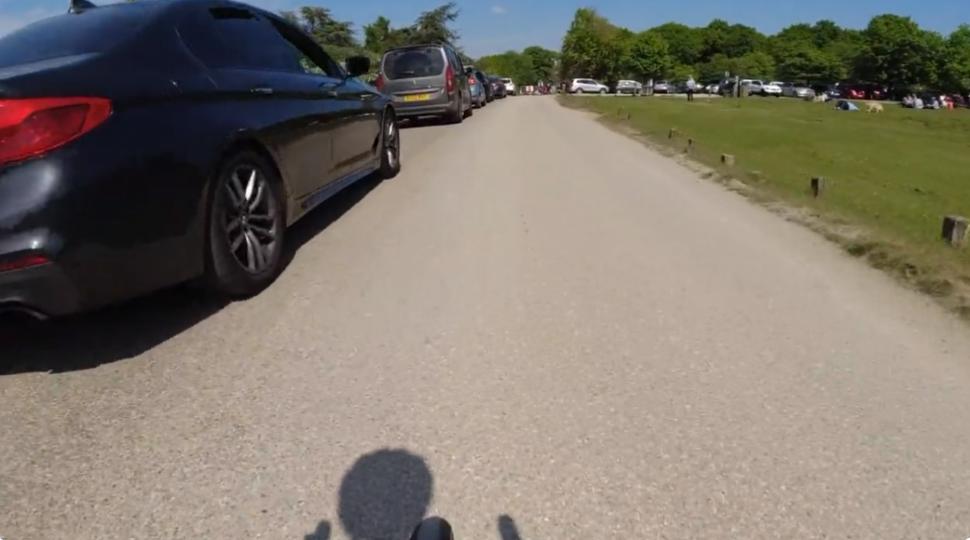 Drivers cause huge tailbacks at Richmond Park over bank holiday

For the second time in a month, drivers caused huge tailbacks in Richmond Park over the bank holiday weekend – with The Royal Parks, which manages the southwest London beauty spot, forced to close Kingston Gate due to the volume of motorists trying to enter the park through it.

A post on Twitter from the account Friends of Kingston Gate yesterday described the area as “gridlocked,” with “drivers getting very angry” and “lots of stand-offs, reversing back over mini roundabout.”

One person replying to the tweet, who lives locally, said that “The queue to Isabella plantation car park by 11.30 was the worst I think I’ve ever seen it and not sure they closed the gate but they need to warn people way before the gate.

“I really feel for those living by Kingston Gate as it was unpleasant chaos,” she added.

The queue to Isabella plantation car park by 11.30 was the worst I think I’ve ever seen it and not sure they closed the gate but they need to warn people way before the gate. I really feel for those living by Kingston Gate as it was unpleasant chaos.

An earlier tweet from Friends of Kingston Gate, posted on Saturday, showed the damage to a parked car that happened when a driver hit a parked car close to the entrance to the park.

A video posted to Twitter the same day showed drivers queueing to get into one of the car parks in Richmond Park.

All the motorists are in such a rush to get to that car park they'll speed and close pass anyone they come across. pic.twitter.com/1N5eC2OuTc

Under trial restrictions on motor traffic introduced in Richmond Park in 2020 when vehicles were allowed back in after being banned in the early months of the coronavirus pandemic, the road is permanently closed to them between Sheen Gate and Sheen Cross.

There are also restrictions operating on weekdays covering all through motor traffic from Broomfield Hill car park to Robin Hood car park, as well as restrictions on weekend traffic  whilst a ‘quiet zone’ has been created on the north side of the park, restricting weekend traffic between Roehampton, Richmond and Sheen gates.

In common with all other boroughs across London, voters in Richmond-upon-Thames will go to the polls this Thursday for the local elections.

The position of different candidates on allowing motor vehicles into Richmond Park may help sway some voters one way or another, although the roads in the park – and Bushy Park, which also lies in the borough – are the responsibility of The Royal Parks rather than the council.

However, when The Royal Parks said in March last year that following a consultation it would extend the existing restrictions on motor vehicles in Richmond Park, introduced in 2020, by another 12 months, the Liberal Democrat controlled council said it backed the decision.

The council’s deputy leader Alexander Ehmann, who also chairs its transport and air quality committee said: “Richmond Council’s view was that it was desirable to extend the review period to ensure Royal Parks were able to obtain a clear understanding of how the park will be used after the current Covid-19 restrictions are lifted.

“That the Royal Parks reached the same view as this council is of course welcome.

“The Royal Parks were always popular destinations and all parks and open spaces have seen significant increases in use as a result of Covid-19’s impact on all our lives,” he added.

In its latest email bulletin, the group Richmond Park Cyclists, which is in regular dialogue with park management and other stakeholders said that “the traffic trials are finally due to conclude after the local elections following a delay of more than a year.

“We have been told an announcement will be made in a couple of weeks – and judging by the mood music, the current restrictions, which are hugely beneficial for safer, more enjoyable cycling, are likely to be made permanent.”

It added that its aim remains “removing through traffic, which we are convinced is now an achievable goal in the near future.”