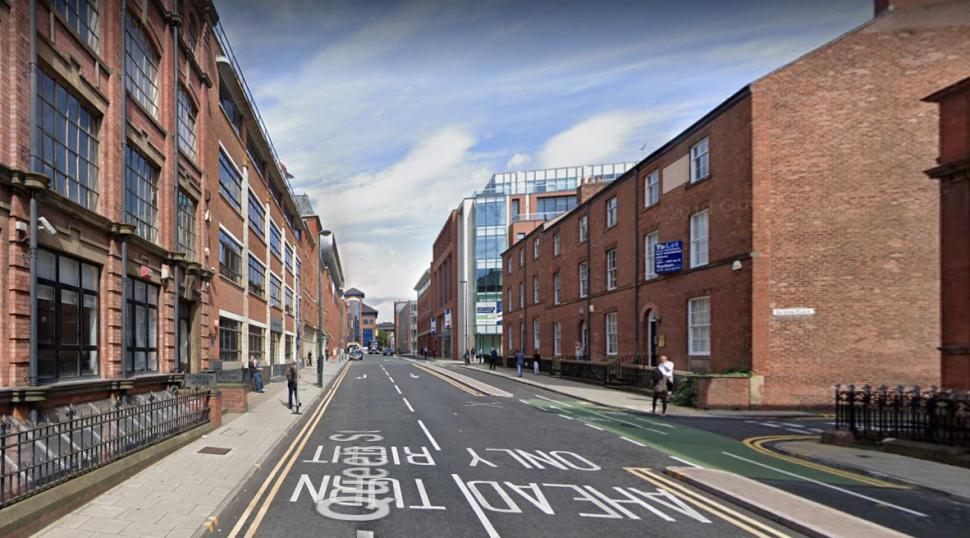 A driver who broke the nose of a cyclist in a vicious attack in Leeds city centre has been jailed for 23 weeks, with a judge telling him he had battered “seven bells” out of the victim.

Wayne Wardell along the one-way Queen Street and when he flew into a rage after seeing the cyclist riding the wrong way on the road near the junction with Wellington Street, reports the Yorkshire Evening Post.

The victim was repeatedly punched in the face during the violent assault, which took place on 10 October 2019. Besides the broken nose, he was also left with chipped teeth.

Leeds Crown Court heard that when Wardell saw the cyclist, he began driving his Volvo towards him, whereupon the bike rider stopped and said, “What are you doing?”

As passers-by went to the assistance of the cyclist and called the police, Wardell got back in his car and drove off.

After he was arrested, Wardell claimed that he was acting in self-defence, and that the cyclist had threatened to stab him, although he subsequently withdrew that allegation.

In mitigation, Ben Thomas said that during the eight years prior to the assault, as well as in the two and a half years since then, his client had kept out of trouble.

He also said that due to the poor health of Wardell’s wife, she and their two children would suffer if he were given a custodial sentence.

Sentencing him to 23 weeks’ imprisonment, Judge Robin Mairs noted that the victim “was cycling the wrong way on Queen Street.

“That is not right but it did not merit what was to follow from it,” he said.

“You drove your car at him and he shouted at you and asked you what you were doing.

“You reacted aggressively because you had lost your temper and you got out of your car.

“Not once, not twice, but multiple times sufficient to knock him to the floor.”

The judge noted the potential hardship that Wardell’s family might suffer if he were given a custodial sentence, but told him: “You, however, are the author of their misfortune by being in the dock today.

“You should have had concern for your wife and child in the car before you got out and proceeded to batter seven bells out of a cyclist.

“For the gratuitous violence meted out to the victim, only immediate custody can be justified,” he added.

While the report of the case refers to the cyclist riding the wrong way along Queen Street, presumably on the main carriageway, it should be noted that according to the a Google Street View, the bi-directional protected cycle lane on Queen Street was already in place in August 2019, two months before the assault, as shown in the picture above.