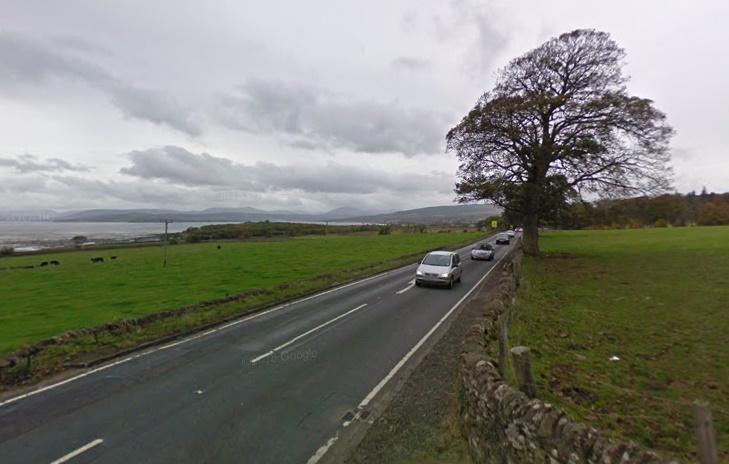 Local residents say that the death of a cyclist near Cardross in Argyll and Bute could have been prevented had the council constructed a cycle path that was first proposed in the early 2000s and which has now been pushed back to 2027.

40-year-old Colin McCourt was killed in a collision on the A814 on November 10. A 44-year-old Helensburgh man has appeared at Dumbarton Sheriff Court after being arrested in connection with alleged road traffic offences following the crash.

In a separate incident, a driver who allegedly ignored road closure signs at the scene of the collision was arrested for dangerous driving after his vehicle went off the road when he hit a second set of signs.

Cardross resident Jay Thundercliffe told the Helensburgh Advertiser that McCourt’s death could have been avoided had the council constructed a long-planned cycle lane on that stretch of road.

“It troubles me that this man would probably be alive if Argyll and Bute Council were more competent in creating the cycle network, which really should have been in place 20 years ago.

“I wince every time I see someone on a bicycle on that stretch of the A814. This was an accident that has been coming for a long time – and could have been entirely avoidable.”

While sections of the path have been built, the estimated completion date is early in 2027 – despite the project having been proposed almost two decades ago.

Writing to the newspaper to bemoan the lack of progress in 2019, a local cyclist said: “I would highlight just how narrow the road is over much of the distance between Helensburgh to Dumbarton, with relatively few straights for vehicles to pass cyclists safely.

“I often feel like a road accident statistic waiting to happen while cycling this road, and as a result now try and limit my use of the A814 by bike as much as possible.”

One councillor recently said of the project, “The Great Wall of China would be built quicker than this.”

Another Cardross resident, David Galloway, said there was ‘moral pressure’ for the council to finish.

“I live in Cardross, I am a cyclist and I do use that route. I always select the cycle track from Colgrain to Helensburgh, but I am always on edge in the section between Cardross and Colgrain. The section from Cardross to Dumbarton is also in desperate need of completion.

“I understand that the appropriate councils did receive central funding for these projects, but they have never been completed.

“It is tragic that a predictable incident like the one last week seems to be the trigger to bring it back into focus.”

Local councillor Richard Trail said: “The Helensburgh to Cardross cycle path has been a long-running saga. It is a source of frustration to all who are involved in delivering it.

“There have been long-running difficulties with landowners to reach agreement on the land purchase.

“The negotiations with the land owners will then start, and when they are concluded, funding for the construction will be sought from Sustrans. It is a long, slow process.”