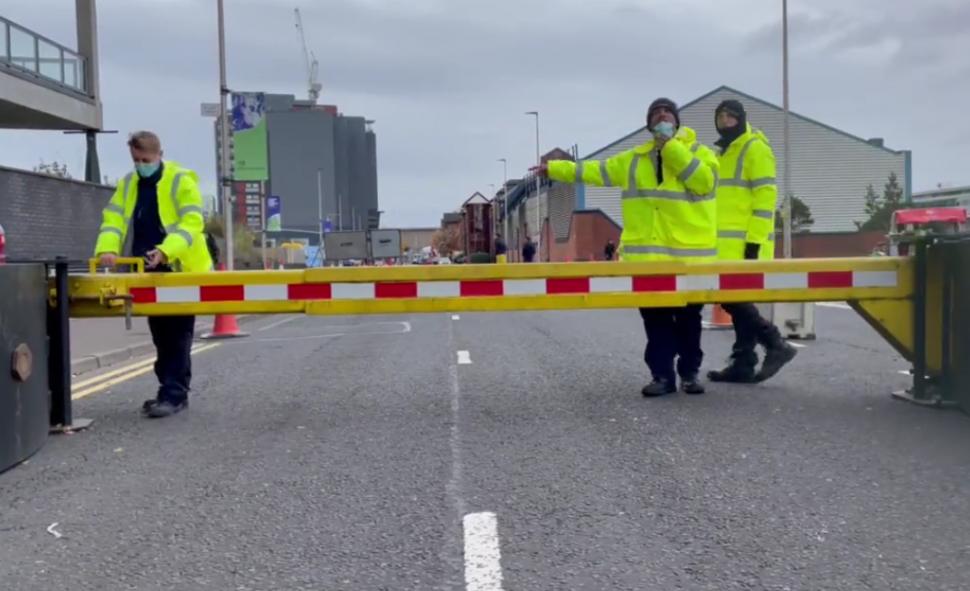 With the eyes of the world on Glasgow for the next fortnight as the city hosts the crucial COP26 climate change conference, making it difficult if not impossible for people to use active means to get around the city is not a good look.

But that’s the situation that Thomas Cornwallis, convenor of GoBike, the Strathclyde cycling campaign, found himself in earlier today when security guards on what is a permitted cycle route refused to open a barrier so he could ride through.

Instead, the security staff directed him onto an adjacent footway, but as Cornwallis – who was riding away from the location where the summit is being held – pointed out, with no ramp on the kerb, it was not accessible to everyone.

I'm on the left filming this. Small world, eh? pic.twitter.com/6GC0Gk82It

Cornwallis told road.cc: “The lack of understanding that telling someone to dismount and lift a bike onto a pavement, is not safe or accessible for everyone is extremely shocking, especially at the front gates of COP26.

“We don’t tell bus drivers to get out and push, why do we punish people cycling just because they cycled!”

Besides cyclists, the lack of a ramp also makes it impossible for people with reduced mobility such as users of wheelchairs or mobility scooters to access the footway at that location, as well as making it very difficult for parents with pushchairs.

The barrier is on Lancefield Quay, close to the junction with Elliot Street on the north side of the Clyde, and which forms part of National Cycle Route 75.

It lies outside the COP26 site itself, and is one of the cycle routes highlighted as remaining open by Glasgow City Council in its travel advice related to the hosting of the conference. 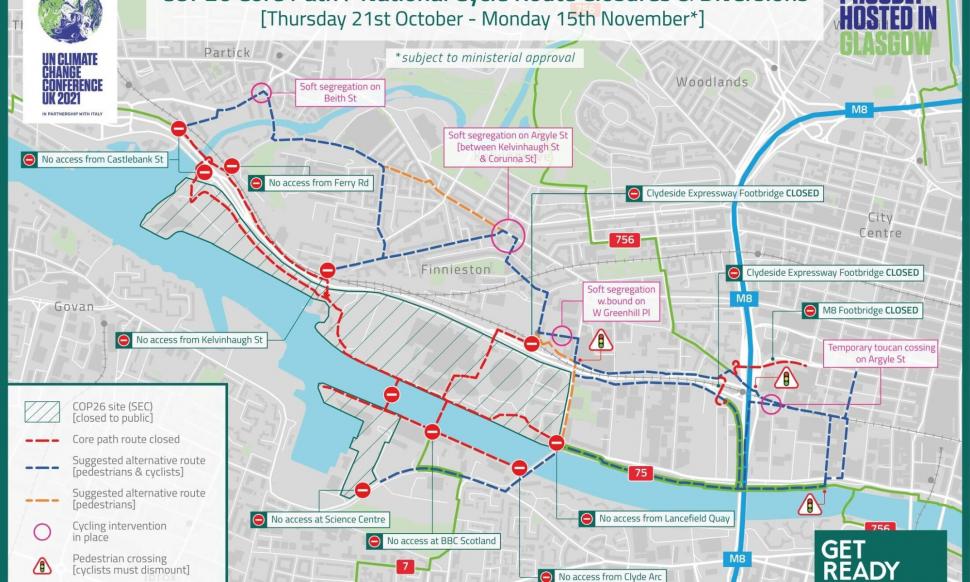 The barrier was eventually opened – almost certainly to let an approaching bus through, rather than the security staff relenting and letting the cyclist pass – and Cornwallis rode through, turning left onto Elliot Street.

In a post on its website last month ahead of the first road closures coming into force ahead of the conference, GoBike said it was “deeply disappointed” that most of its suggestions had not been acted upon by the council, and that there had been a “missed opportunity” to promote active travel during the conference.

The group said: “GoBike have pushed hard for improvements to the initial diversion proposals and have had a few of our suggested improvements taken on board and implemented.

“We are however deeply disappointed that stronger decisions were not made to keep our sustainable form of transport safe and attractive to everyone during the climate conference.

“This was a missed opportunity for the city to make active travel the easiest choice during a period of road closures and predicted traffic chaos around Glasgow.

“We’ve said this before, and we will say it again,” GoBike continued. “The eyes of the world will be on our city during COP, and we had a key opportunity to demonstrate that active travel is a large part of the solution to the climate crisis we face.

“We believe that opportunity has now been missed. Not only will delegates be unable to reach the main conference site by bike, but people who live in and around Glasgow will find using bikes harder to get around during the conference.”

The commitment of world leaders to seriously tackle climate change has been questioned as the conference starts, with many flying in from Rome yesterday following the G20 summit in Rome, and Channel 4 correspondent Ciaran Jenkins highlighting heavy motor traffic around the COP26 site.

Side streets around #COP26 are choked up with chauffeur-driven cars and vans, many with their engines idling. Interesting look for a climate conference. pic.twitter.com/9NO83ydN0w