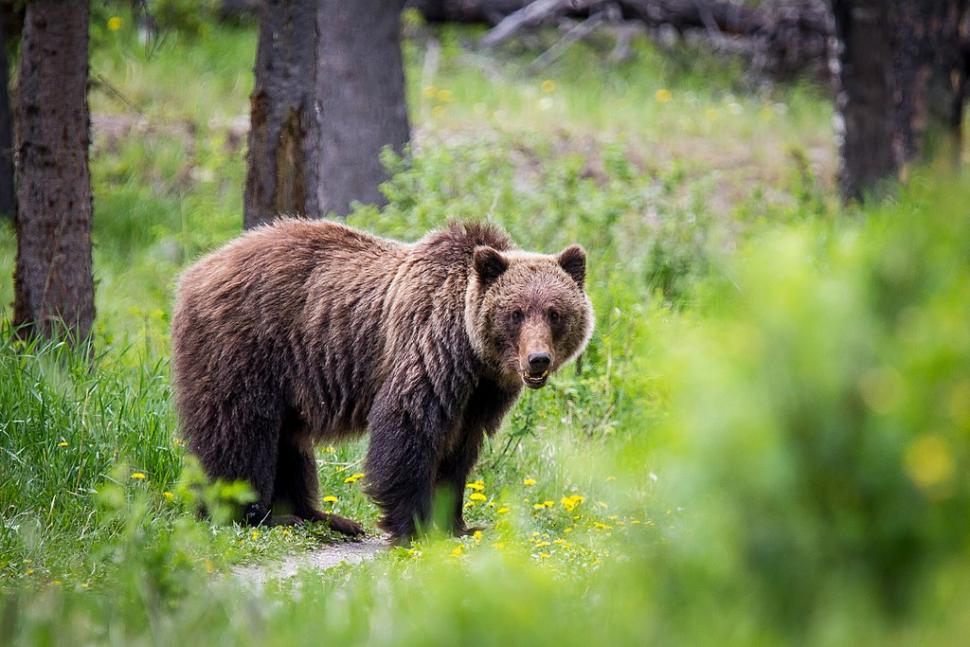 Bikepacking cyclist killed by grizzly bear on campsite in Montana

A cyclist on a bikepacking trip has been killed by a grizzly bear at a campsite in Montana.

The fatal attack happened between 4am and 5am near the small town of Ovando, which lies in the Rocky Mountains around 75 miles northwest of the state capital, Helena.

ABC News reports that the bear had been seen in the area beforehand, then left before returning and fatally mauling the cyclist.

Powell County Sheriff Gavin Roselles said: “There was an earlier contact with the bear prior to the event. The bear basically came back into the campsite. It wandered into a campsite a couple different times.”

He added that initial reports that the victim had been riding a bicycle at the time of the attack were incorrect.

Montana Fish Wildlife and Parks spokesman Greg Lemon said that the cyclist was believed to have been part of a group on a camping trip, and confirmed that a search had been launched for the bear, including using a helicopter.

“Our first concern is the community's well-being,” he said. “The next step is to find the bear.”

While grizzly bears are a protected species, they can be killed if they have presented a danger to humans, although exceptions can be made if, for instance, they are protecting their cubs.

Tiffanie Zavarelli, whose family own the Trixi’s Antler Saloon in Ovando, said: “Everybody's pretty shaken up right now. The population here is 75 – everybody knows everybody.

“The people from Montana, we know how to be ‘bear aware’. But anything can happen.”

One cyclist at the bar, Jim Drake from New Mexico, who is nearing the end of a seven-week trip, said: “I think we’ll be okay going north. We carry bear spray and keep our food in a bear-proof bag.

“Bears are always a threat, but as long as we take precautions, we’re not too worried. I think we’re more likely to be hit by a car than attacked by a bear.”

According to US Fish and Wildlife Service spokesperson Joe Szuszwalak, 11 people have been killed in bear attacks in the Continental Divide and Glacier National Park region during the past 50 years.

The most recent fatal attack in the area, which is home to the largest concentration of bears in the lower 48 states, was in 2016 when an off-duty US Forest Service official riding a mountain bike was mauled to death after colliding with a grizzly bear.

We’ve reported on a number of cases of cyclists having run-ins with grizzly bears over the years, including a Canadian woman who said that she had to put in “a once-in-a-lifetime sprint” to get away from one of the animals as it pursued her in the Yukon in 2019.