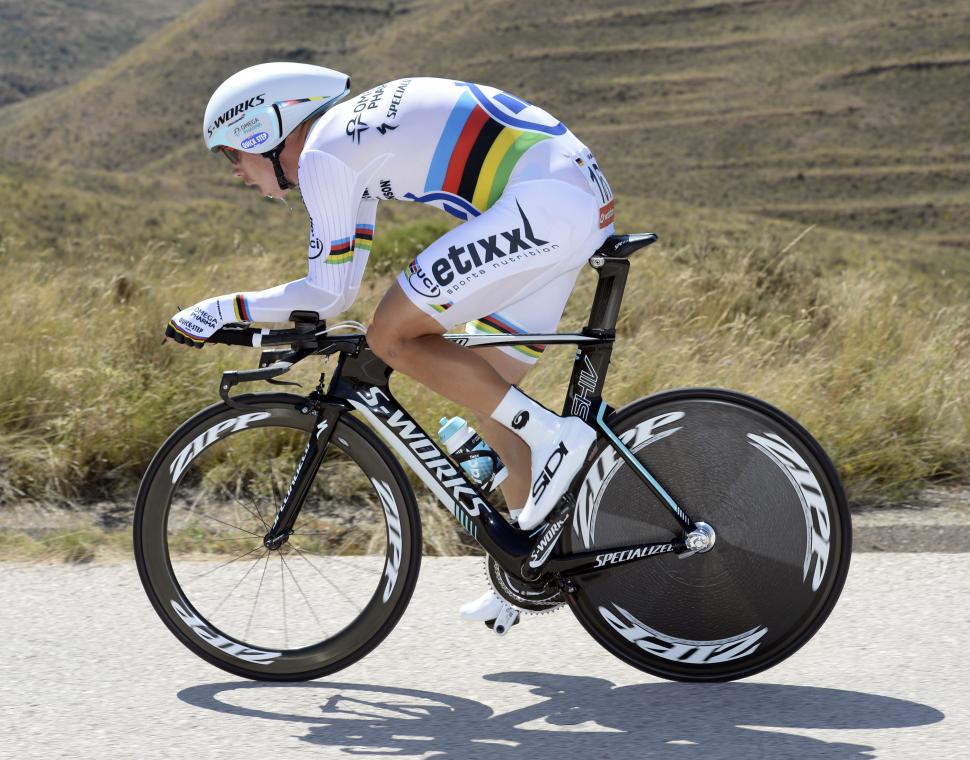 Next year could see a vintage battle on the track with Tony Martin throwing his hat into the ring for a potential crack at the Hour record – something that Fabian Cancellara and Sir Bradley Wiggins have also expressed an interest in tackling.

Speaking to the German newspaper Thüringer Allgemeine, Martin, who won the world time trial championship for the third time in Florence in September, said the prospect of going for the record attracted him, although other priorities must come first.

“First, I’m concentrating on the world championship time trial, then the Olympic Games in Rio where the course should suit me,” he explained.

“I also know that my rivals Fabian Cancellara and Bradley Wiggins want to attempt the Hour record. It’s an ambition that is in the back of my head – the prospect of being the fastest man in the world motivates me.”

Last week, it was confirmed that Cancellara is aiming for the Hour record next year, possibly following the Spring Classics, and with Manchester a potential venue.

Wiggins – who beat Martin to the Olympic time trial title last year, and is also a multiple world and Olympic champion in the individual pursuit, giving him a track pedigree the others lack – has also expressed and interest in aiming for it, possibly in London.

An exploit that at various times inspired riders of the stature of Fausto Coppi, Jacques Anquetil and Eddy Merckx to attempt it and set new records, the Hour has lost some of its shine in the past couple of decades.

During the 1990s, riders including Francesco Moser, Graeme Obree and Chris Boardman – all of whom held the record at some point – pushed the boundaries of what was possible in terms of bike design and the position they took on the bike.

In 1996, Boardman set a new record distance of 56.375km using the “Superman” position that Obree had pioneered, with the UCI subsequently deciding to amend the record’s rules to outlaw aerodynamic bike designs and rider positions.

The distance of 49.431km set by Eddy Merckx in 1972 was reinstated as the official UCI Hour Record, and was eventually bettered by Boardman, using a traditional track bike, who went just 10 metres further in the allotted 60 minutes in Manchester in 2000.

That record was beaten by the Czech rider, Ondřej Sosenka, who rode 49.7km in Moscow in 2005, which still stands as the official Hour record.

As for next year’s Tour de France, Martin chose not to identify individual goals other than the time trial – he won the first of those in this year’s race, at Mont St-Michel.

Instead, he outlined the role he could play for his Omega Pharma-Quick Step team in “protecting Michal Kwiatkowski and Rigoberto Uran,” as well as “helping Mark Cavendish win as many stages as possible.”

Martin, who has won France’s second most prestigious stage race, Paris-Nice, added: “Due to its difficulty, the Tour de France is beyond me. I’m fully aware of that. Above all, I’m a team player.”