If you hadn’t noticed, the cyclo-cross season is in full swing, which is why we’ve just received the lovely Moots Psychlo X for testing. You can’t move in the road.cc office at the moment for cyclo-cross bikes, but this one stands out for a number of reasons. 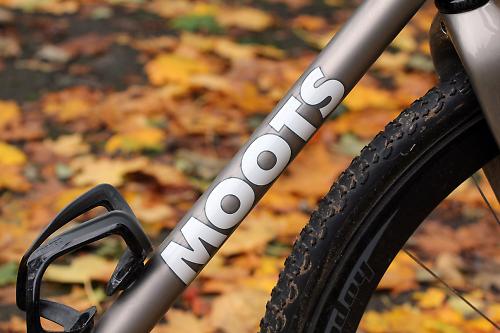 The main reason is the name, Moots is a brand with a lot of history. Back in the day, when carbon fibre was still a speck on the horizon, titanium was the exotic space age material of choice. Moots was one of a small handful of US titanium frame builders producing some of the most desirable frames that only the very well-off could afford. I can still vividly recall reading reviews of Moots road and mountain bikes in US cycling mags when I was a lad, they left quite an impression. 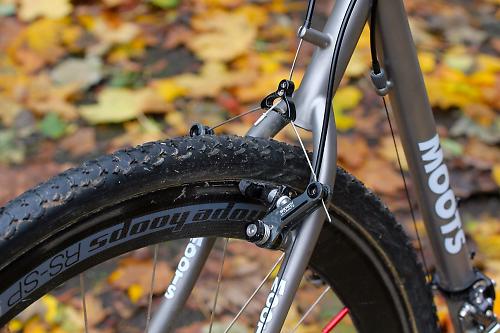 One of the reason Moots became a cult brand with a loyal following is the quality of the workmanship. They’re handmade in Steamboat Springs in Colorado, where they’ve been based since 1981, and the level of finish on this frame is just stunning. Neat and tidy welds, a simplicity of tube shaping which is a breath of fresh air in this age of heavily manipulated tube forms, and all topped off with the natural titanium colour. 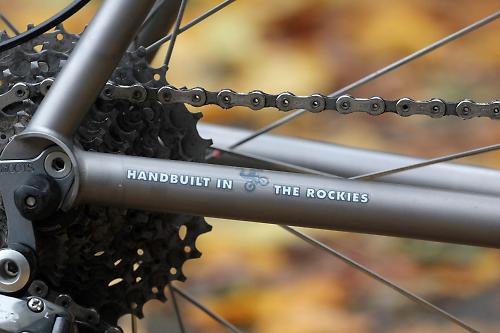 The Psychlo X has been their go-to cyclo-cross model for a number of years. This is the 2013 model - the 2014 version has undergone a few changes,  a 44mm head tube so a tapered steerer can be used, press-fit bottom bracket and oversized seat tube - but the underlying frame is essentially unchanged. It’s made from a 3/2.5 US-made titanium tubeset with size-specific tubing, with an oversized downtube and constant diameter chainstays, finished in cowled dropouts. 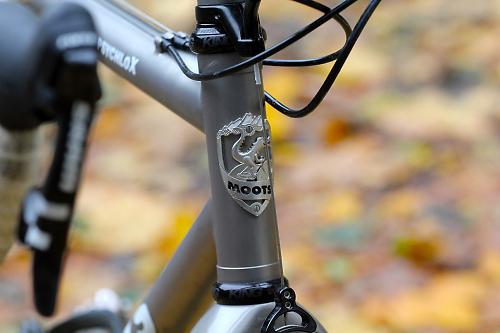 The head tube is a regular 1 1/8in type with an external headset. Chris King in this case, naturally. The  head badge is a thing of beauty, and has an interesting story behind it. Featuring a toy alligator on a bicycle, it’s a nod to founder Kent Erickson’s squeezy alligator toy he had as a child, and the noise it made sounded like ‘moots’. The original head badges were made from bronze. 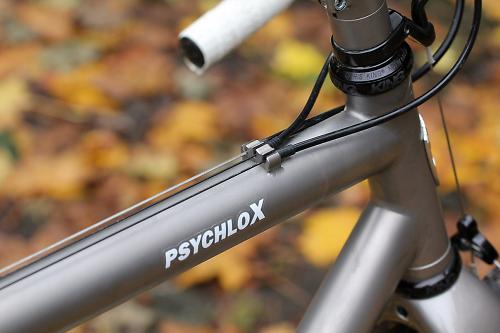 Other nice details that really stand out include the wishbone seatstay assembly with the neat brake cable holder. The rear spacing is 130mm and there’s a clearance for up to 34mm tyres.   The seat clamp is is a traditional style clamp, and secures a 27.2mm post into place. All the cable stops are beautifully finished. 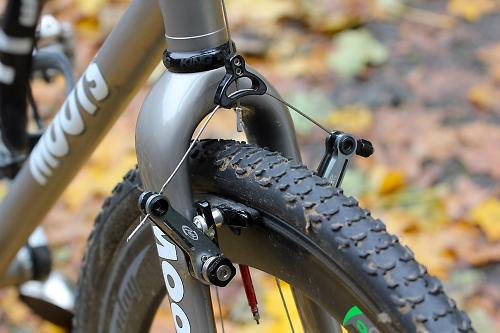 All cables are routed over the top tube and there front mech has a small roller attached at the base of the seat tube to control the front mech. The seatpost is 27.2mm diameter. 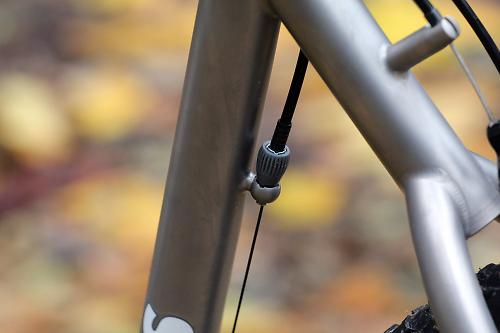 The Moots could quite happily be raced every weekend on the cyclo-cross circuit, but the addition of two water bottle mounts suggests that it’s capable of so much more. With ‘gravel’ riding and racing popular in the US, and beginning to creep over here, and the rise of cyclo-cross sportive events, the Moots would be a fine platform for such adventures. Chuck some lightly treaded or slick tyres on it and it’ll take on the daily commute with ease. 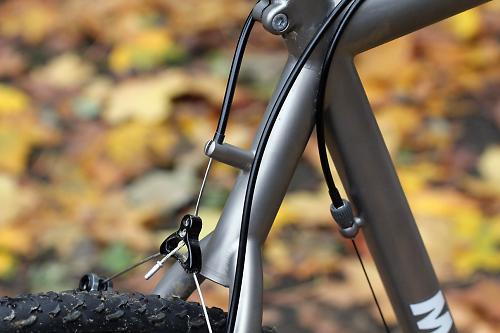 Moots supply frames in the UK so you can build one up yourself, or Bespoke and Mosquito, two of the company’s main dealers, will build it for you to your specification. This bike came from new UK distributor www.leveretproductions.com who sent us their own bike for the review. So we’ll be concentrating on reviewing just the frame and not the bits attached to it. For that reason we haven't put it on the scales, on the basis you're very unlikely to build it up with the same kit. Claimed frame weight is 1,474g (3.25lb) for a size 56 though the custom options available does mean the end weight could vary a bit from that. 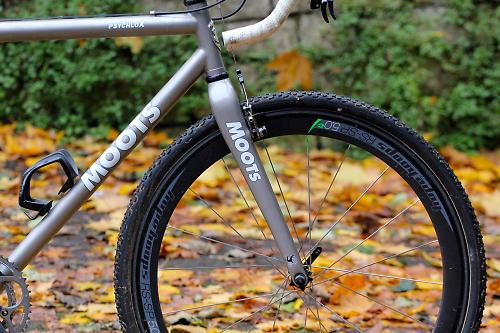 The frame costs £2,856 and with the carbon fork it’s  £3,331. You can choose from seven stock sizes or even go for a custom frame. The options list is quite extensive, including internal Di2 routing, disc mounts, eyelets for rack/mudguards, track dropouts to go single speed or gear hub, and loads more.