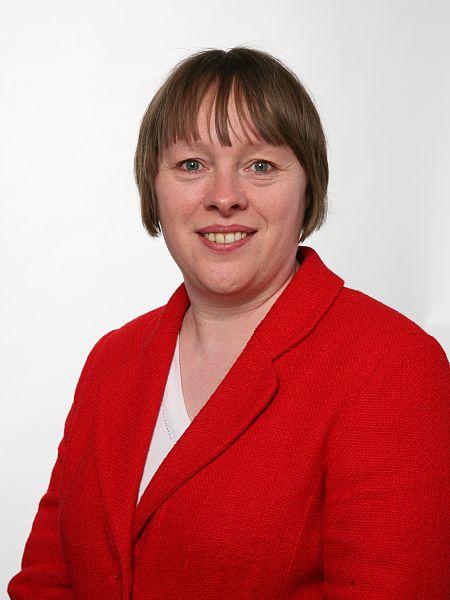 Shadow transport secretary Maria Eagle has told the Labour conference today that if the party is returned to government in 2015, it will introduce “clear goals to increase cycling,” as well as restoring road safety targets.

Sustainable transport charity Sustrans has urged Ms Eagle to back up her pledge to prioritise local transport at the expense of new roads to be backed up by ongoing investment enabling local authorities to set budgets, should Labour from the next government.

The MP for Garston and Halewood pointed out to delegates inb Brighton that while Norman Baker, the transport minister responsible for cycling, had “tried to get his Tory bosses to take cycling seriously,” the sums secured for cycling were equivalent to what she said was £38 million a year, against claimed planned spend on new roads totalling £28 billion.

Ms Eagle also reminded the conference that shortly after Mr Baker was appointed to his position following the formation of the Coalition Government between the Conservatives and Liberal Democrats in May 2010, Cycling England was scrapped, and with it the £60 million annual funding it distributed.

She outlined measures that Labour – which has pledged to adopt the findings of the Get Britain Cycling report published in April by the All Party Parliamentary Cycling Group earlier this year – would adopt if it were elected at the next general election.

“Duties to support Active Travel, as Labour introduced in Wales,” she went on.

The pledges reflect the substance of the recommendations of the Get Britain Cycling report, also welcomed last week at the Liberal Democrat conference in Glasgow.

However, the Coalition Government last month issued what was widely seen among the cycling community largely as a disappointing response to the report, other than a commitment to review sentencing in cases in which cyclists are the victims.

Sustrans' Policy Director, Jason Torrance, said: “It's fantastic to see Labour make a clear and firm commitment to cycling and to introducing a default 20mph speed limit in residential areas, putting an end to the postcode lottery that leaves some communities in more danger than others.

"The decision to divert funding away from new roads and into affordable local transport is also welcome but it must be backed up with consistent, year-on-year investment so that local authorities have the ability to plan for the future.

"Access to healthy and affordable transport is essential - if we are to tackle the UK's physical inactivity crisis and prevent the economy from faltering any further walking, cycling and public transport must sit at the heart of these plans.”

Referring to Ms Eagle’s promise to reintroduce targets to cut casualties, road safety charity IAM highlighted that according to a survey of local councillors it conducted earlier this year, those representing Labour should the highest commitment to reducing death and injury on the roads, and 78 per cent were against road safety targets being scrapped.

Its chief executive, Simon Best, said: “Road safety targets work very effectively. In the past they joined up organisations. Local councils, the police, the NHS and safety camera partnerships used common targets to bring their policies together.

“And where there was a target, they always wanted to exceed it,” he added.

1
Police officer caught on camera telling cyclists to ride in single file to be given "education around traffic offences"
2
Hit-and-run driver moved unconscious cyclist off road before fleeing scene
3
Driver "used bus as a weapon" against cyclist, loses appeal over sacking
4
“Everyday tasks have become my new challenge”: Christina Mackenzie in “excruciating pain” after being struck by hit-and-run motorist
5
Cyclists report multiple muggings and thefts on London cycle route
6
Canyon revamps Inflite cyclocross range for 2023
7
Near Miss of the Day 827: Two close passes and a screenwash shower
8
‘Dangerous cycling is not a priority,’ police force says