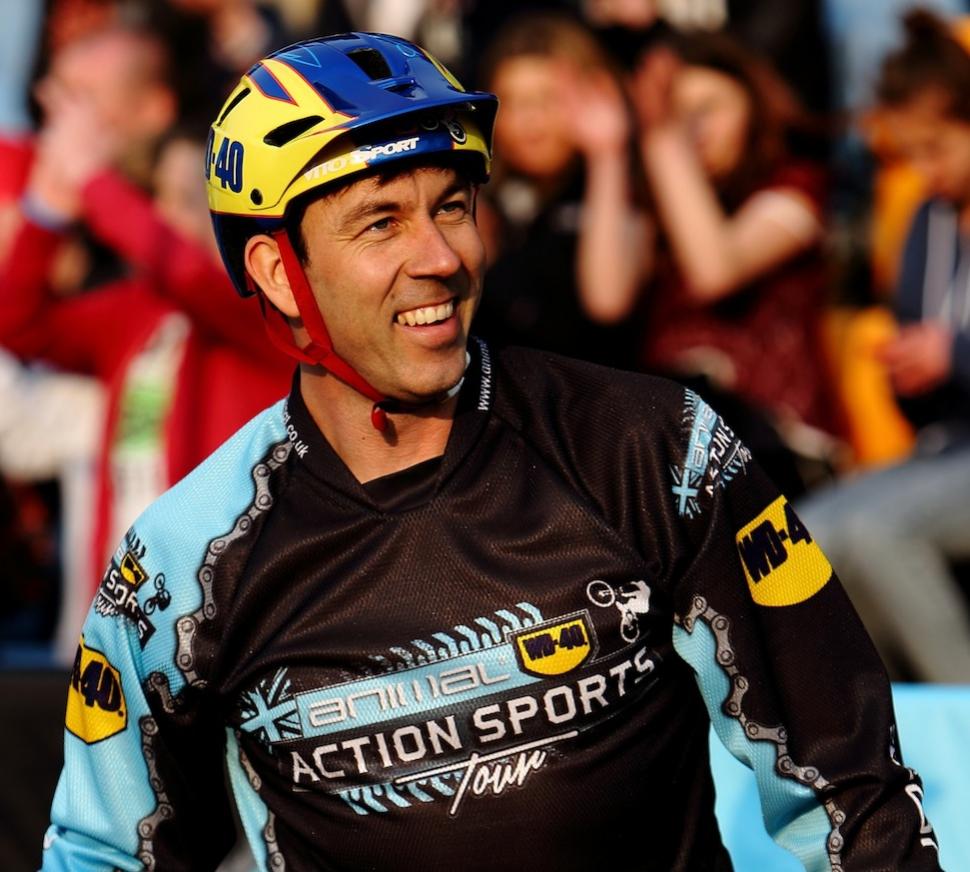 It has been confirmed that mountain bike trials legend Martyn Ashton, introduced to a new audience last year through his Road Bike Party video, suffered “life changing” spinal injuries when he fell while attempting a stunt during a trials demo at the Moto GP at Silverstone earlier this month. Update: Ashton said he was determined to see through a sequel to that film, Road Bike Party 2, which made its YouTube debut in December 2013.

Ashton, aged 38, was taking part in the Animal WD40 Action Sports Tour when he fell backwards from a bar 3 metres from the ground, which he hit “with significant force,” suffering sever spinal damage and dislocation of his T9 and T10 vertebrae, positioned around the centre of the back.

He was taken by air ambulance to Coventry Hospital, but his initial prognosis is not good, with Ashton said to have lost feeling at present beneath the point of the injury.

He is now at The Robert Jones & Agnes Hunt Orthopaedic Hospital, where he is undergoing further assessment and testing to establish how serious his injuries are.

Following six weeks of total bed rest, and once the damaged joint is stable, he will begin what is expected to be a difficult and lengthy rehabilitation programme.

But Ashton – who in 2003 recovered from a compressed fracture of his T8 vertebra after a landing went wrong – is in a positive frame of mind.

“Since the accident I've received so many wonderful messages and well wishes, I can't thank everyone enough for those – it has been hugely supportive,” he said.

“I'm also incredibly lucky to have amazing family and friends, who are all rallying around myself, Lisa and Alfie, and helping us through this tough time.

“As a result I'm feeling very positive and ready to face the tough challenge ahead. I'm just taking it day by day, hoping that I can make enough progress over the next three months to be home for Christmas.”

He also revealed that he has been working in secret on a sequel to Road Bike Party, and that he is determined to see the project through.

“My main focus this year was to make my next video Road Bike Party 2 – this has not changed,” he explained.

“I've been training really hard on the new road bike and I've felt like I've been riding better on this video than I've ever ridden in my entire life. I was so confident on that bike.

“Unfortunately we hadn't quite completed the filming – we were so close – but thanks to the team behind me and some great friends I’m excited that we are close to pulling the final edit together... so watch this space!”

Update: Road Bike Party 2 was posted to YouTube on 10 December 2010. Those "great friends" included Danny MacAskill and Chris Akrigg, both of whom feature. Here it is:

Here’s the original Road Bike Party video, which has had more than 8.5 million views on YouTube since being released a little under a year ago.

Ashton’s career began with him riding motorcycle trials as an 11-year-old, and in his late teens he switched to the pedal-powered variety, soon winning the British Bike Trial Championship.

In 1995, he signed up to the Volvo­Cannondale Mountain Bike Race Team, where he spent seven years, and during that time he won a World Bike Trial Championship.

Since 2002, when he began riding for Animal Clothing and also launched his Ashton Bikes range, he has focused on live shows, including an annual tour showcasing some of Britain’s top extreme sports talents. 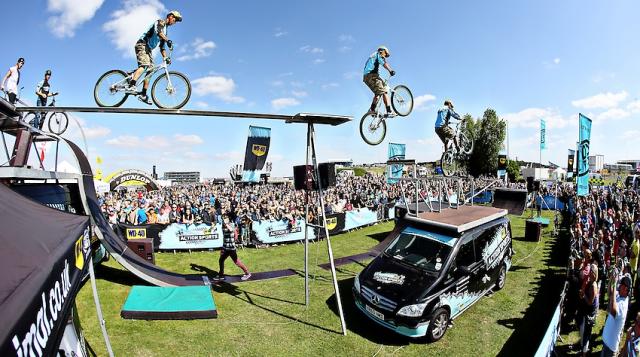