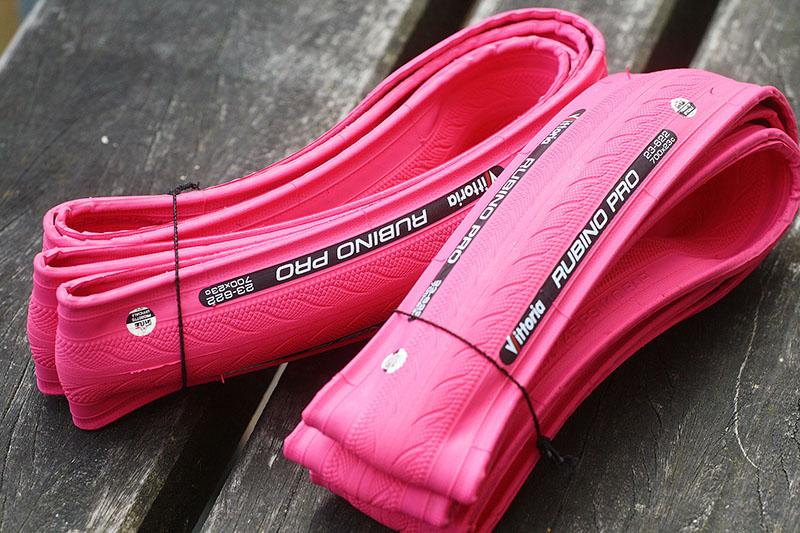 Giro tyre schwag: we have winners!

Ahem. We're a little late with this one, it got, erm, overlooked in the excitement of the Giro. But no matter, we've remembered (read: been reminded) now, and so it's on with the sparkly suit and the game face to pick the winners out of the giant hat.

Congrats to our winners! More schwag will be along soon...

So stage 19 has been cancelled, and you're sitting around feeling glum. Cheer up! We've got five sets of limited edition Giro tyres from Vittoria to give away.

Based on Vittoria's Rubino Pro but in fetching Maglia Rosa pink (actually, they're a bit pinker than that), the Rubinos feature Giro branding on the sidewall and they come in a racy 23mm width. Normally you'd have to shell out fifty notes for a pair but we'll give five pairs away to five lucky road.cc readers on Monday, to ease the pain of the Giro being over.

Just comment below and you're in the hat. Usual rules apply. Good luck!

For more on Vittoria's range head over to www.vittoria.com