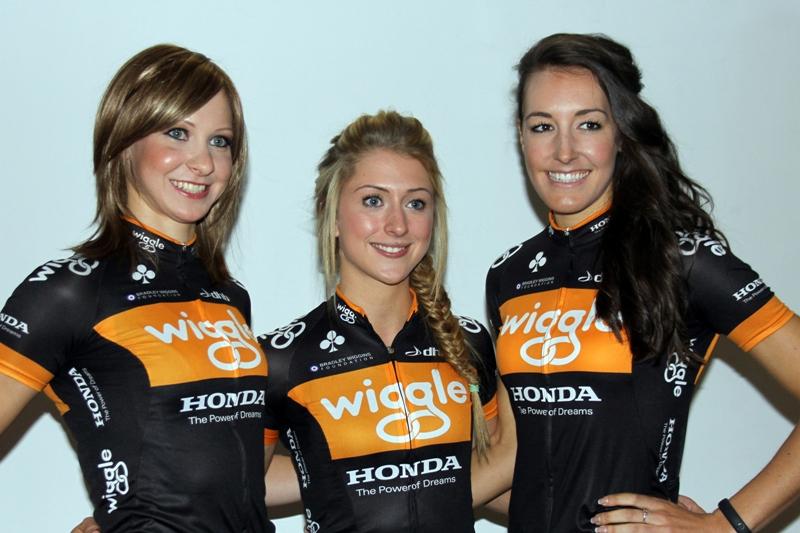 Dani King, Joanna Rowsell and Laura Trott will be back racing in London next month, the city where they won Olympic gold in the team pursuit last summer – they won’t be in Team GB’s colours, though, but those of Wiggle Honda, taking part in the IG London Nocturne at Smithfield Market on Saturday 8 June.

The team, racing in its first season and including two-time road world champion Giorgia Bronzini, is owned and managed by Rochelle Gilmore of Australia, still racing herself and the current Commonwealth road race champion, who says she’s looking forward to its British debut.

"The IG London Nocturne will be the first time Wiggle Honda officially race as a team in the UK, in front of a massive British audience,” she explained. “This is a really big and important event for our team. We're extremely excited about racing in front of a home crowd against a strong line-up of professional women."

Trott, who comes from Cheshunt, Hertfordhsire, added: "I'm really excited about this race, there are always so many fans lining the streets, and we'll want to put on a great performance.

“The IG London Nocturne will be important for us leading into the National Championships - it will be our last real test against a competitive field."

James Pope, managing director of organisers FACE Partnership, commented: "We are committed to promoting women's cycling, and I am delighted that the Nocturne will feature the strongest women's professional team."

Now in its seventh year, besides the women’s and men’s elite races, the IG London Nocturne features its usual crowd-pleasing array of support events, including the Time Out London Folding Bike Race and the Brooks Penny Farthing Race.

There will also be food and drink stalls plus a cycling expo area – as well as all the bars and restaurants that Smithfield has to offer – and organisers promise that this year’s edition will be “the biggest and best yet.”

You can find out more about the evening on the IG London Nocturne website.