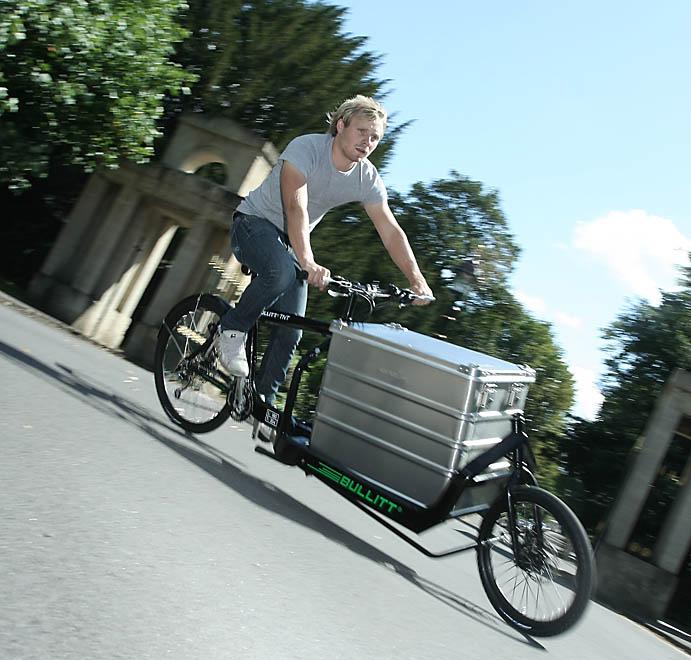 France’s sixth largest city, Nantes, is to subsidise the purchase of cargo bikes in the latest step in a multi-million euro investment in cycling designed to encourage its residents to take to two wheels.

Previously, subsidies have been granted to people buying folding bikes or electric bikes, and have now been extended to purchasers of biporteurs or triporteurs – respectively, two or three wheeled cargo bikes – according to the green transport blog Lievre ou Tortue (Hare or Tortoise).

Residents of the city buying a cargo bike will receive a 25 per cent subsidy, up to a maximum of €300, with a couple of provisos – one, that they don’t sell the bike within three years of purchase, the other that they don’t own a car.

As Lievre ou Tortue points out, restricting the subsidy to those without a motor vehicle is perhaps a missed opportunity – it believes that extending the benefit to them could have been a way of helping people, including families with children, reduce their car dependency.

The city, capital of the Pays de la Loire region, is spending €40 million on cycling between 2009 and 2014, and will host the Velo City conference in 2015. According to the European Cyclists' Federation, to date the investment has resulted in cycling's modal share doubling from 2 per cent in 2008 to 4 per cent in 2012.

Nantes and Cardiff celebrate the 50th anniversary of their twinning this year, and while latter's tourism agency Visit Cardiff is keen to underline similarities between the two cities, the one in France has left the Welsh capital behind when it comes to invetsment in cycling.

Cardiff Council's latest budget for 2013/14 sees it allocate £450,000 to “Implementation and match funding of the cycling strategy,” with an identical amount provisionally set aside each year until 2018/19, giving a total of £2.25 million over the next five years.

While additional money will be sourced from sources including the Welsh Government and outside bodies, the total will be nowhere near the sums being spent in Nantes.