Here's a new indicator helmet idea for you to check out from a designer called Balázs Filczer. What do you reckon?

The idea is that the helmet works alongside Bluetooth handlebar controls to tell other road users when you’re turning.

Right at the top we should tell you that this is just a concept at the moment – it hasn’t been made – but we’re that far ahead of the game here at road.cc that we’re not going to wait until something actually exists before we report on it. This is an entry in the International Bicycle Design Competition 2013.

So, what we have here is a Dora helmet. They might need to reconsider the name for a start because when you Google ‘Dora helmet’ you end up with a bunch of links to lids covered in pictures of kids’ cartoon character Dora the Explorer. 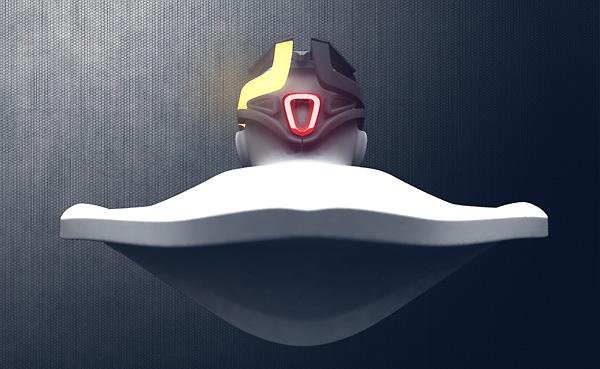 Anyway, the helmet design has a white LED at the front, a red LED at the back, and orange LEDs on the sides. The idea is that when you want to turn, you hit a switch on your handlebar – a little like you’d push the indicator lever in a car – and the orange LED on the relevant side of the helmet blinks. 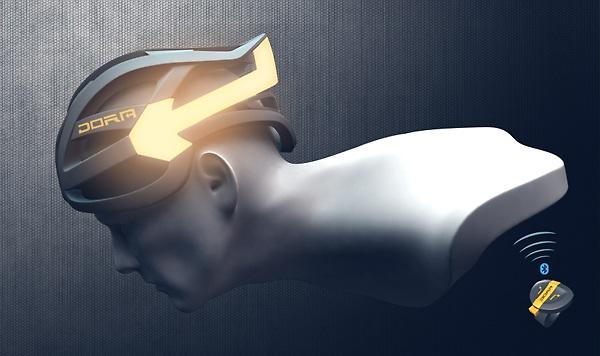 The pictures show an LED arrow on each side of the helmet although other road users presumably won’t necessarily see the point of the arrow, depending on the direction you're looking. They should know which side of the helmet the lit orange LED is on, though, in relation to the central red LED.

You wouldn’t want to use it instead of arm signals, but maybe as an added extra for city riding?

Like we said, this is just on the drawing board – or the computer screen – at the moment, but what do you think of the concept?