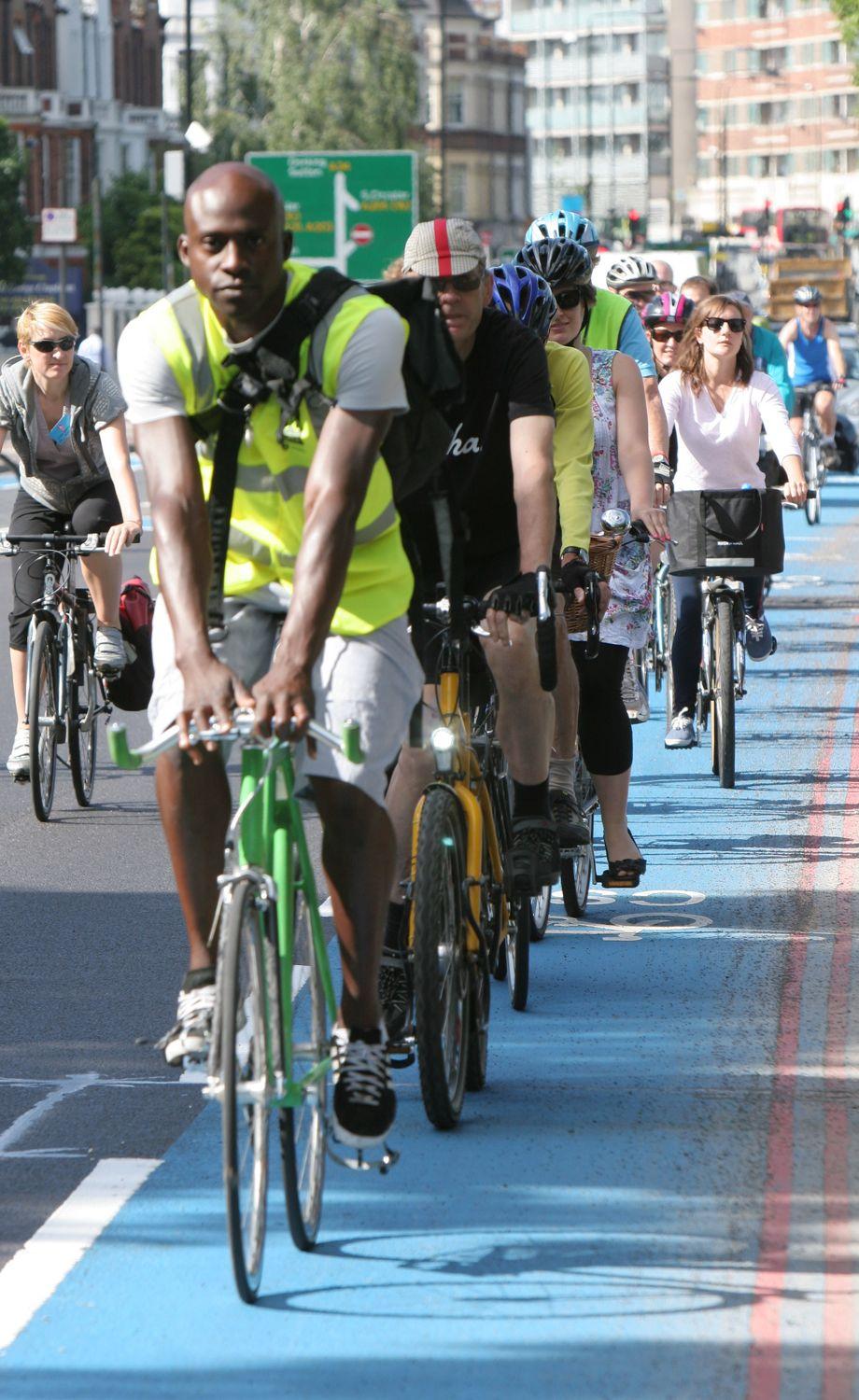 Plans include 3km of segregated cycle lanes; consultation opens on 7 January
by Simon_MacMichael

Transport for London (TfL) and the London Borough of Newham are to open a consultation in the new year on the planned extension of Barclays Cycle Superhighway 2 (CS2), which currently runs from Aldgate to Bow, where it finishes at the notorious Bow Roundabout. Proposals focus on cycle safety, with 3 kilometres of segregated cycle lanes planned and upgrades to 10 junctions including the Stratford Gyratory.

Mayor of Newham, Sir Robin Wales, blocked the route from entering the borough in May last year, with council officials citing concerns over the safety of cyclists as the reason behind their decision, as well as the level of roadworks already taking place on Stratford High Street ahead of the Olympic Games.

Subsequently, it was at the eastern end of CS2 at Bow Roundabout that Brian Dorling lost his life in October last year as he rode to work at the Olympic Park, and days later another cyclist, Svitlana Tereschenko, was killed on another part of the junction.

Those fatalities and others in the capital led Mayor of London Boris Johnson, under pressure from cycling campaigners and opposition politicians, to order a review of junctions throughout the city, as well as proposals for the Barclays Cycle Superhighways that have not been put in place.

Changes have already been made to the western end of Bow Roundabout itself, including the installation of early start traffic lights for cyclists, and TfL is currently canvassing views from local residents about similar plans for the south-eastern exit to the junction.

According to TfL, cyclist numbers on CS2 have increased by 28 per cent from September 2010 to June 2012, with Bow Road alone having seen an increase of 55 per cent.

This latest consultation, which opens on 7 January, forms part of that process, while construction works on the new route are due to start in late spring next year.

TfL says that the proposals include:

• Innovative bypass features to help cyclists get past bus stops

• Dedicated facilities at junctions to help cyclists get ahead of traffic

TfL figures show cycle journeys on the existing section of the Barclays Cycle Superhighway route 2 have increased by 28 per cent from September 2010 to June 2012. This figure includes a 55 per cent increase in cycle numbers on Bow Road alone.

“We have had a lot of success with route 2, with an increase of 28 per cent in cycle journeys on the route compared to 16 per cent made off the route.

“This extension to Stratford will offer cyclists more accessible, safe routes through London.

“We want Newham residents to help us make cycling more convenient and safer by giving us their opinion at the forthcoming consultation meetings.

Mayor of Newham, Sir Robin Wales, added: “We're pleased that TfL is consulting on plans to extend the Barclays Cycle Superhighway along both sides of the High Street between Bow and Stratford.

“It's important that residents take part in the consultation so they can make sure the route incorporates all the design and safety aspects they want to see, resulting in high quality cycling infrastructure which will improve safety for cyclists, road users and pedestrians.”

The proposed design of the extension to Barclays Cycle Superhighway Route 2 will be available on the TfL website from Monday 7 January.

During January, roadshows will be held at two key locations along the route to allow locals to see the plans for themselves. Those will take place at: