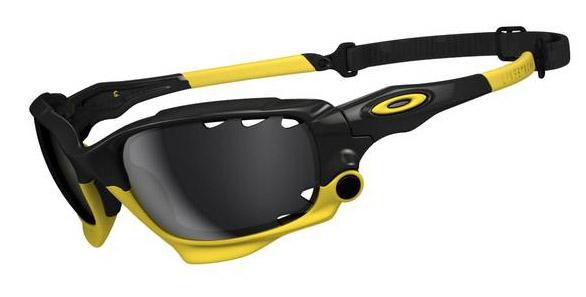 SRAM drops Lance Armstrong, but Oakley stand by their man… for now

US bike component maker SRAM - in which Lance Armstrong once owned shares - has terminated its sponsorship agreement with the disgraced former pro-cyclist in the wake of the revelation by USADA in its Reasoned Decision. SRAM joins Nike, Trek, Giro, and Michelob Ultra in ending sponsorship agreements with the Texan - who has also stood down from his chairmanship of Livestrong. Sunglasses maker, Oakley though is standing firm for the time being.

A short statement issued early this morning announced the termination of SRAM's agreement with Armstrong:

"SRAM is officially terminating its product sponsorship agreement with Mr. Armstrong. SRAM is disappointed with the revelations that the USADA report has brought forth."

Although it is severing its ties with Armstrong, SRAM says it will continue to support Livestrong "as we believe in its purpose and value". It will also continue its support of the Bontrager-Livestrong cycling team.

The statement also gave some background to the agreement in which Armstrong became a minority shareholder before selling his stake in the company.

SRAM's departure means that all of the brands most closely associated with Lance Armstrong - bar one - have now ended their associations with him. That 'one' is Oakley and a statement from the Californian maker of unobtanium sunglasses confirmed that anyone playing Armstrong sponsor bingo will have to wait a while yet before they shout 'house!'

In a statement posted on its Twitter feed Oakley said it would stand by Armstrong until the UCI give its verdict on the USADA evidence.

"As guilty as the evidence shows, which we completely acknowledge, it is our promise and contractual obligation to stand by our athletes until proven guilty by the highest governing body of sport, or a court of law.

"We might be last off, but we are not going to jump on the bandwagon as it breaks our promise to all of our athletes. We will wait for the UCI's conclusion and act at that time."

Given the weight of evidence presented by USADA it is almost inconceivable (although certainly not impossible… this is the UCI) that cycling's governing body won't ratify the sanctions imposed by USADA.

So the day on which Armstrong hands back his Jawbones is most likely deferred rather than postponed.