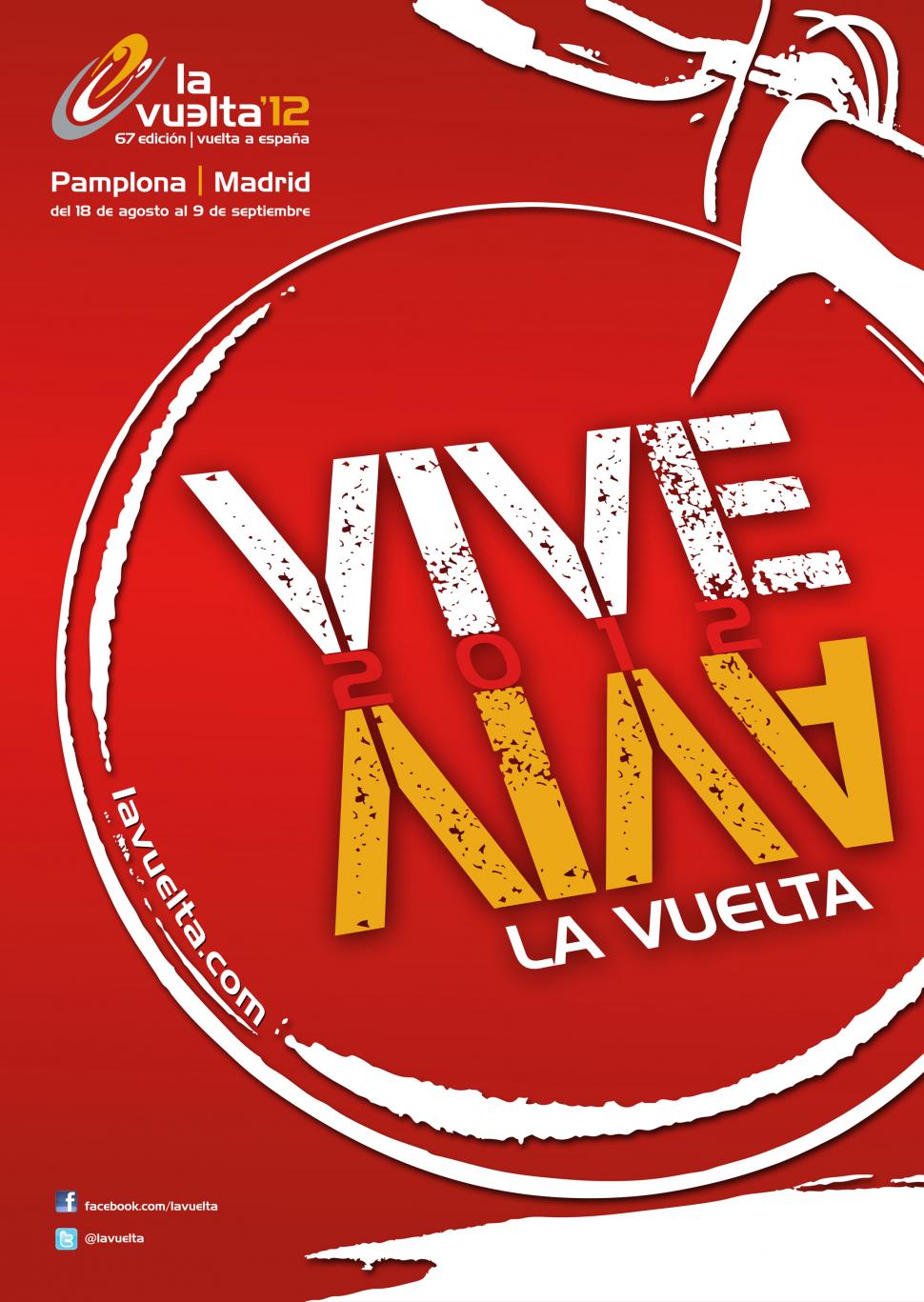 Vuelta Stage 8: Valverde wins as he and Rodriguez catch Contador ahead of line, Froome loses time

Big guns in this year's Vuelta fight it out on climb to Andorra...
by Simon_MacMichael

Alejandro Valverde of Movistar has won Stage 8 of the 2012 Vuelta in Andorra with race leader Joaquin Rodriguez of Katusha second and Saxo bank-Tinkoff Bank's Alberto Contador, who had seemed poised to win the stage, third. Team Sky's Chris Froome, second overall, had been fighting it out with that trio as they headed into the final kilometre, but tired in the final few hundered metres and lost a quarter of a minute on the road to his rivals, plus bonus seconds.

Froome, whose Team Sky colleagues had set the pace on the early part of the climb of the Collada de la Gallina, had been tracking Rodriguez and Contador as they passed under the flamme rouge and went on the attack, but Contador responded and rode away from the British rider. The Spaniard, well clear with 150 metres left to ride, looked set to take the stage win, and with it 12 valuable bonus seconds, but Valverde and Rodriguez came storming up the mountain behind him.

Rodriguez now lies 33 seconds ahead of Froome, with Contador a further 7 seconds down and Valverde another 10 seconds behind, 50 seconds off the race lead. Besides the 15 seconds Froome lost to the three riders ahead of him, his rivals also picked up bonus seconds – 12 for Valverde, 8 for Rodriguez and 4 for Contador.

The quartet, comprising two former Vuelta winners in Contador and Valverde plus the runners-up in the year’s first two Grand Tours – Rodriguez in the Giro d’Italia, Froome in the Tour de France – had been the strongest on the first big climb of this year’s race, the Alto de Arrate on Monday’s Stage 3, and today confirmed their status as the main contenders for this year’s race.

The race is now out of the high mountains until next Saturday, though there are some tough finishes including tomorrow on Montjuic in Barcelona, the key stage in the coming days looks likely to be Wednesday’s 40-kilometre individual time trial from Cambados to Pontevedra.

That’s a stage that Froome and Contador, both of them potential winners on the day, will be relishing much more than Rodriguez or Valverde, who will instead be looking to limit their losses, and based on the current time gaps, it's a day when the race lead may well change hands.

Today’s stage was ridden at a furious pace from the moment it started, the peloton still together as it covered nearly 53 kilometres in the first hour’s racing, a number of riders having unsuccessfully tried to get away, despite temperatures that once again were in the thirties.

With 100 kilometres of the 175-kilometre stage from Lleida left to ride, six riders finally managed to detach themselves from the front of the bunch – Orica-GreenEdge’s Cameron Meyer, Javier Ramirez from the Anadalucia team, BMC Racing’s Amaël Moinard, the Cofidis rider Mickaël Buffaz, Caja Rural’s Javier Aramendia and Vaconsoleil’s and Martijn Keizer.

The escapees at one point had a lead of nearly 10 minutes, but with Team Sky leading the chase, that had been slashed to just 4 minutes as they headed into the final 20 kilometres and began the ascent of the day’s penultimate climb, the Category 2 Alto de la Comella.

Sky continued to set the pace on the final 7.5-kilometre climb, its 18 hairpins never before ridden on the Vuelta, the group continuing to to dwindle in size as riders were shelled out of the back.

Shortly after Meyer, the last survivor of the break, had been caught 2 kilometres out, just the four men at the top of the GC were left to fight it out for the GC.

In what is shaping up to be a memorable battle for the overall victory in the year’s final Grand Tour, all four attacked on that final climb, but they each also looked at times vulnerable to their rivals.

Froome will be relieved that it was Valverde, perhaps the lesser threat of the three Spaniard, who clinched the maximum 12 bonus seconds, while Contador will be frustrated that he was denied them as his two compatriots caught him with the line in sight.