Late last week the legendary Eddy Merckx, joined by his son Axel and a crew of Belgian dignitaries, cycled from Brussels to London, arriving at Belgium House and Cycling Paradise in Middle Temple. They were greeted by Prince Philippe, heir apparent to the Belgian throne, and prime minister Elio Di Rupo.

Eddy's bike was put on proud display for all to see. The bike in question is the brand new EMX-525, the company's very latest model. 525 refers to the number of races Eddy won in his incredible career. We've talked in detail about the new bike in this article, so we won't go through it again here.

The EMX-525 frame has been finished with a special paint job, with the red, yellow and black of the Belgian flag cutting dramatically across the forks and top tube. There's a small Olympic motif on the aero-shaped seat tube. Eddy was instrumental in testing and developing the new frame, and gave the thumbs up before they went into production. Well, when it's your name on the down tube, you want to know it's good enough. 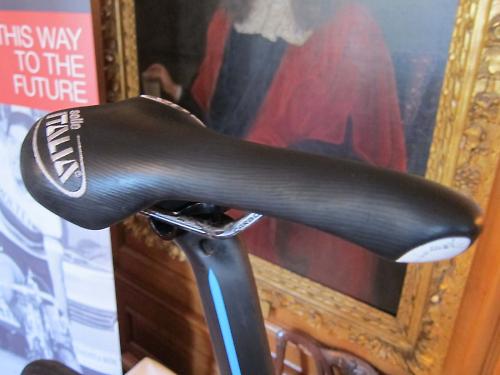 There are some interesting personalised touches. The saddle is a Selle Italia Turbomatic, a saddle design that has been around for yonks. Many people swear by it for all-day comfort but it's not a saddle you often see in the pro ranks today. There's something to be said for its deep padding though, and the higher weight is hardly a problem on today's bikes which comfortably go below the 6.8kg UCI weight limit. 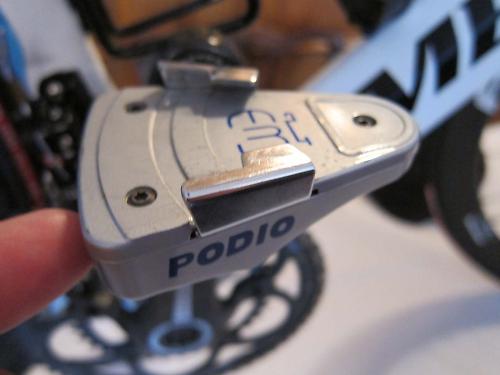 The pedals aren't something you see that often either. They're Podio clipless pedals that were developed by Eddy Merckx in the mid-Nineties. The low-profile cleats slide into the back of the pedal. To disengage you twist. They're no longer available but Eddy clearly still favours them. We bet he's got a few boxes stashed away. 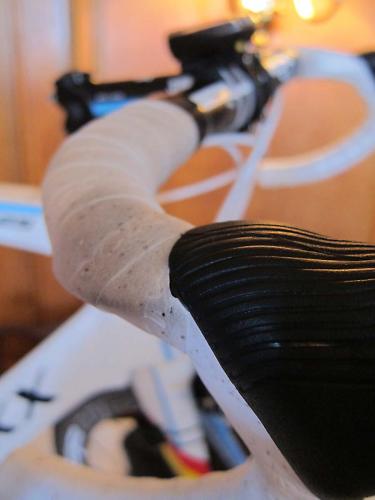 Grubby white tape is a sign that Eddy does the miles. He might be getting on a bit, and he might be a bit above his race weight these days, but the legend still rides his bike. He still is very hands on with the development of new Merckx bikes, and was the second person to ride the new EMX-525. 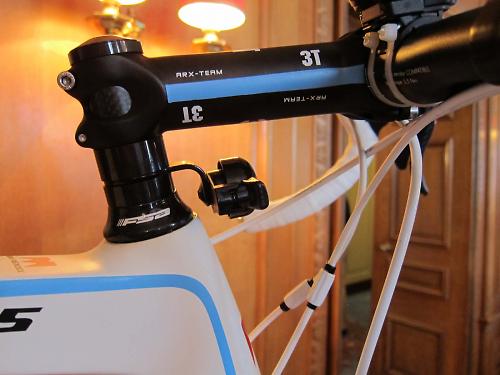 The canal tow paths and cycle lanes can get a bit crowded at weekends, so Eddy makes life easier for himself by having a small bell to ring-a-ding his way through. I've never seen one mounted to the steerer tube like this before, but I want one for my commuting bike. That's a generous stack of spacers under the 3T stem, as befits a 67-year-old man. Of course, a Campagnolo Super Record 11 groupset for Eddy. It's mechanical. 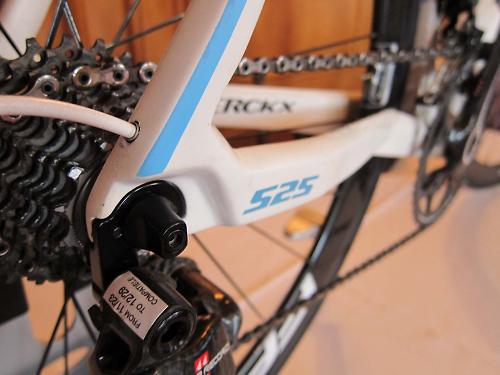 And Eddy has a decent spread of gears for the climbs around Belgium. 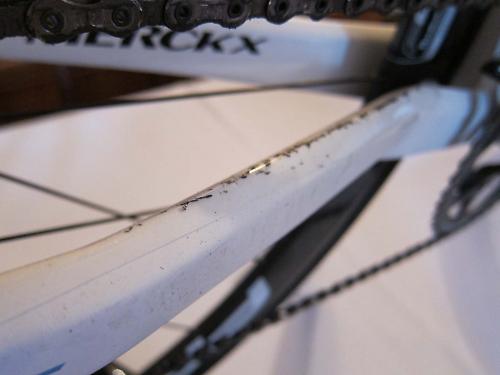 Evidence of the hard miles the frame has had. 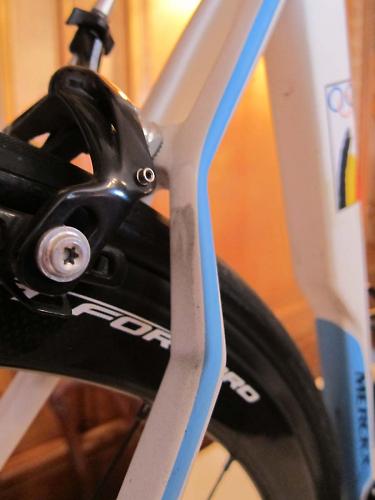 Still dirty from the ride over.