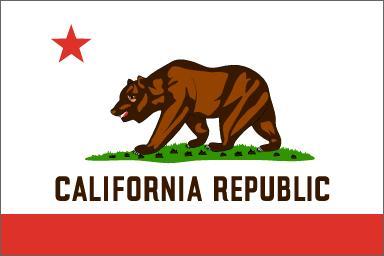 A California man whose own bicycle was stolen last month floored a thief on Tuesday with a tackle that sounds worthy of last weekend’s Superbowl to help someone else get theirs back.

Perhaps inspired by having watched American Football’s finest go head to head on Sunday, 54-year-old Carlos Babcock had no hesitation in grappling with a man heading towards him on a mountain bike and being chased by police officers in San Jose, reports the Silicon Valley Mercury News.

Mr Babcock’s own Surly Long Haul Trucker bike had been stolen in January, the newspaper adding that since he does not have a car, it was his prime mode of transport.

Talking of the moment he brought the would-be thief of someone else’s bike to a sudden stop, he said: "He's barreling down this narrow part of the sidewalk. He's coming at me full speed. He's giving it all he's got. I wrapped my arms around him. It was a pretty good collision.

The sidewalk in question, reports the newspaper, is a narrow one. "There's not a lot of room for me and that guy," he added. "And I'm a fairly big guy. I figured I had the advantage physically." At 6 feet tall and weighing in at a little over 16 stones, he has a point.

San Jose Police Sergeant Jason Dwyer explained two of his officers had decided to stop the cyclist after seeing him riding against traffic and committing a series of traffic violations.

He said that when the suspect looked round and saw the patrol car, he "had a look of surprise," then stood up on the pedals and took off. One officer chased him on foot, the other following in the car.

"The distance they chased him was pretty significant," added Sergeant Dwyer.

Mr Babcock, who the newspaper adds is a member of the city's bike pedestrian advisory committee, put his arms round the cyclist’s waist and pulled him to the ground then told him, "Stay put. The cops are coming." For his efforts, Babcock suffered minor grazes.

Police identified the suspect as 20-year-old Richard Higgerson and in his rucksack they discovered a Kryptonite bike lock that had been broken with bolt cutters, plus tools used in burglaries, according to Sergeant Dwyer.

He was arrested on suspicion of resisting arrest, grand theft, possession of burglary tools and being under the influence of a controlled substance.

The bike was reported to have been stolen from outside a branch of Starbucks and traced the owner, who had the key to the lock found in Higgerson’s rucksack.

The latter also confessed to stealing another bike, which he had left at the Starbucks where he had stolen the one he was riding when he was intercepted.

"Mr. Babcock should be commended for his actions," said Sergeant Dwyer, who added that there had been a spate of bike thefts in the area.

He added: "We ask that citizens be a good witness and not try to take physical action. At the same time, we're grateful he stepped in and helped us capture this individual."

1
Times latest newspaper accused of trying to shame cyclists with dodgy telephoto pics
2
Giant launch 2021 TCR Advanced – the “fastest TCR ever”
3
Luke Rowe buys new bike for Cardiff doctor whose bike was stolen
4
Updated: Health secretary says no plans to ban cycling and other exercise - after suggesting earlier that it might be
5
We asked you how coronavirus had changed your cycling habits and the response was overwhelming – here’s what you told us
6
Ribble releases Endurance Ti Disc road bike
7
Campaigners call for reversal of Richmond Park cycling ban – and so does Jeremy Vine
8
Don't mess it up! As warm weekend looms, cyclists reminded to ride responsibly