The much anticipated prices for EPS: better be sitting down…
by nick_rearden

The prices for Campagnolo's new EPS components have been released at the CORE Bike Show this morning.

The Campagnolo Super Record EPS component groupset will be selling for £3,800 when it goes on sale in the United Kingdom shortly. Its slightly less titanium-bolted and carbon-slotted junior brother in the hierarchy will be £3,140.

As we posted back at the announcement of the long-awaited electronically shifting parts here and when we first rode an EPS Pinarello Dogma 2 bike in Italy later in the Autumn here, the new Campagnolo gears may have been a long time in development but they seem to work well enough that even the most die-hard of traditionalists have said, "Mmm, worth a look maybe" if comments after the stories are anything to go by.

Of course, the price is what everyone's been waiting for and this is what we said about that in November when we were still anticipating the worst: "for Record…we wouldn't rule out a list price of £2,500. Super Record is going to be at least £3,000, and quite probably £3,500." So we thought we were anticipating the worst but it looks like Campagnolo are shooting high buoyed by the enthusiastic reception EPS has received.

The groupset consists of the EPS-specific Ergopower levers, front and rear gear mechanisms and the DTI battery with its interface module. And then there are the unchanged non-EPS parts that continue in parallel as part of the standard mechanical groupsets; the crankset and bottom bracket bearings.

Cinelli brings back the 1a, only it's called the A1

In other news from the CORE Bike Show where road.cc is currently pacing the rooms meeting manufacturers and distributors, Cinelli is showing the standard 1" quill stem that it used to make and has now reinstated following the resurgent interest in 'classic' road frames with a threaded steerer. The stem used to be called model 1a when it was last in the range back in the 1990s following a 20-year life. It's now back as model A1 but it looks identical other than a better, glossier anodised finish. Price is £59.99 in sizes 9-13cm. 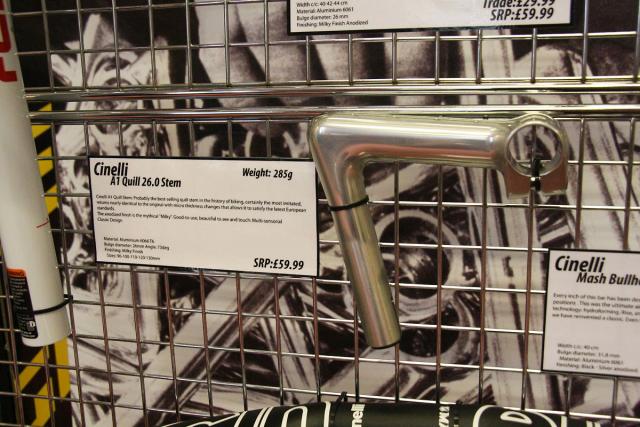 There's also a newer version of Cinelli's NeoMorph carbon bars called 'XL' to signify compatibility with the newer road stems. Weight is a feathery 230 grams and as before there's a wide range of anatomic formings to suit various hand positions. Overall though, the effect is shallow and short in the reach which will suit smaller people beautifully. Colours: white or black and the price is £189.99. 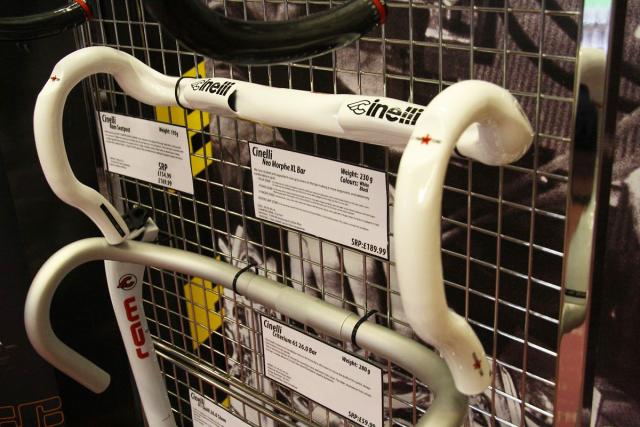 Meanwhile, Italian handlebar rivals Deda are showing a new mini-triathlon bar extension reminiscent of the late lamented (by who? - Ed) Spinaci bars made by Cinelli back in the 1990s and banned for racing by the UCI. This Carbon Blast Clip-On Tri Bar won't any more UCI-legal and looks completely different being made of moulded carbon-fibre with a rubbery briding piece but it will suit cyclists who simply want to bolt something quickly onto a conventional road set-up for an event where a comfortable aerodynamic position is an advantage. Price £199.99. 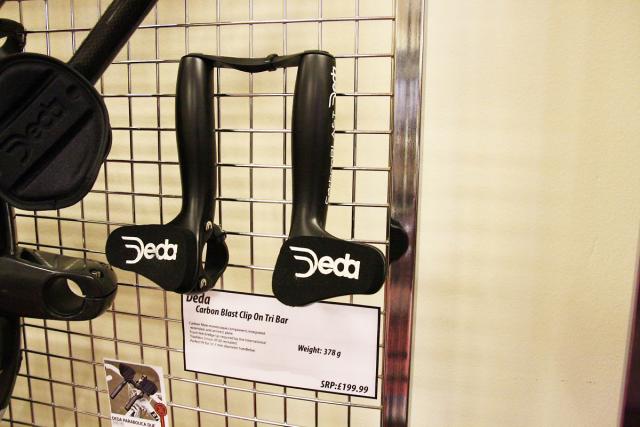 Selle Italia have a new Gel Flow version of their existing and popular Max SLR model which should suit long distance comfort fans. Price as ever with Selle Italia saddles is on the high side at £99.99 but the construction quality looks as good as ever and, as we always say, "What price comfort?" 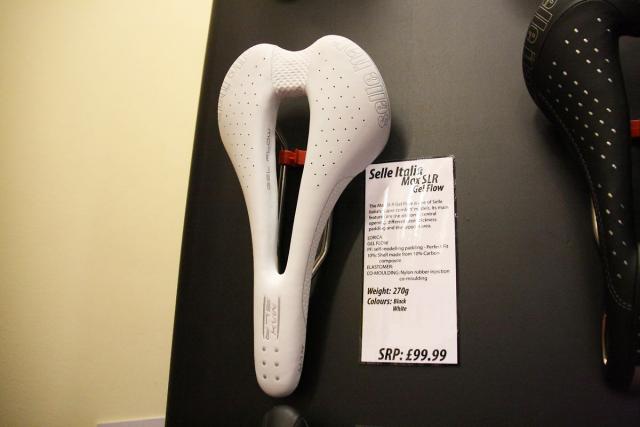 Vittoria have upgraded the construction of the Vittoria Diamante Pro tyre and it now has a 'Radiale' suffix to reflect the alignment of the new 220 threads-per-inch fabric in the carcass. According to Vittoria that should result in better 'ride feel' and puncture resistance with lower weight 'under 200 grams.' Price is £39.99 each. 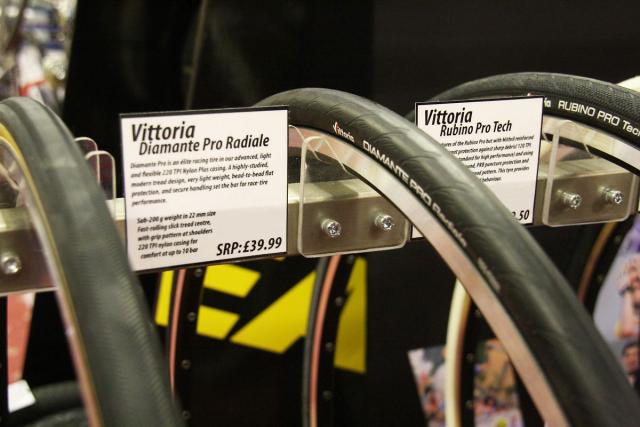 More mundane but still on everyone's minds considering the dark evenings and wet roads, SKS have added a reflective stripe to both sides of their 'Bluemels' model of wider, everyday road mudguards. Price is £32.99 per pair and they're available any time now. 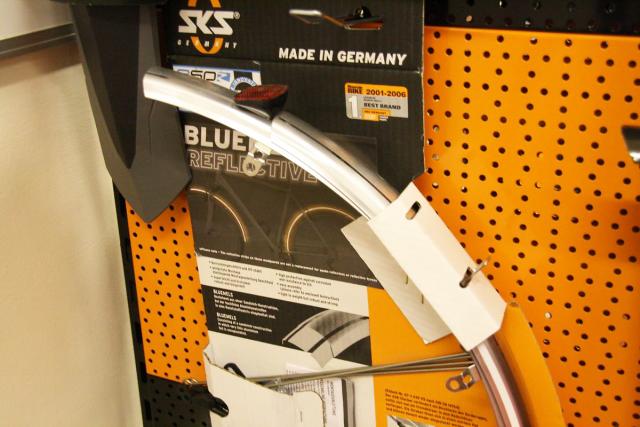