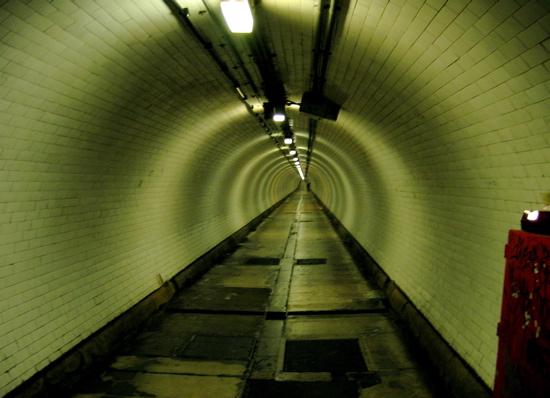 London cyclists who use the Greenwich Foot Tunnel as a means of getting across the Thames have reacted angrily to suggestions that it might be closed for almost a year.

The tunnel, which links Greenwich to Tower Hamlets, is to undergo refurbishment works beginning this September, which will last until March 2011.

But according to Greenwich.co.uk, a ferry company that has been asked to tender for a replacement service across the river has been told by Greenwich Council that the tunnel will be completely closed for between 10 months and a year.

Some 1.5 million people use the tunnel every year, and at its peak accommodates 250 cyclists an hour. It is part of National Cycle Route 1, linking Dover to Inverness.

Anthony Austin, chair of Greenwich Cyclists, said: “There’s no point in closing the tunnel. It’s not clear they need to close the stairs when they are doing the lifts. We cyclists have come to use it as an absolutely essential link.”

When the tunnel closes, cyclists - who are not allowed on the Docklands Light Railway - face an eight to ten-mile diversion to reach Canary Wharf from south London. At a meeting with cycle activists, Peter Brookes, deputy leader of the council, said that any replacement ferry service would “not be frequent.”

The DLR link will itself be closed on several weekends over the next eight months as part of the three-car upgrade programme.

The council says the closure is intended to provide “state-of-the-art conditions” in the tunnels in the run-up to the Olympics.