Four major British cities will be closed to traffic for a day later this summer as thousands of cyclists take over the roads.

London, Manchester, Glasgow and Leicester are all participating in ‘Skyride’, an initiative launched by the global communications company and supported by British Cycling.

The streets will be closed to cars so that mass-participation cycling can take place, with rides, demonstrations and personal appearances by cycling luminaries including Sir Chris Hoy, Victoria Pendleton and Jamie Staff. 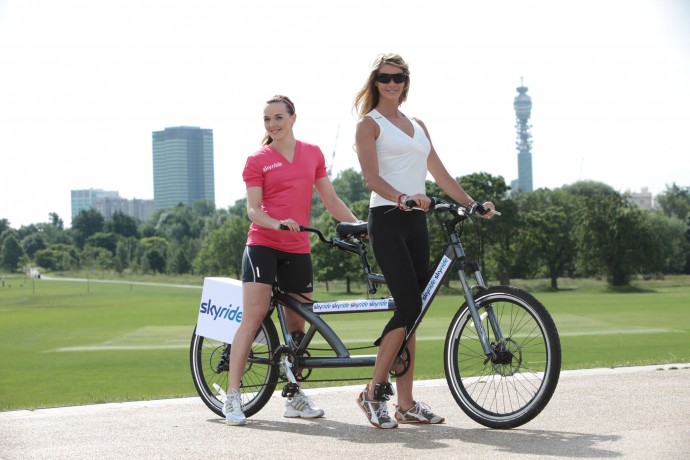 Launching the event, supermodel Elle Macpherson said: “Not only is cycling fantastic for staying fit and healthy but it’s a great way to spend time with your friends and family. I cycle as much as I can, whether I’m in the centre of London or getting away from the city.

"I think the idea of encouraging people to cycle more is fantastic and I urge everyone, of all ages and abilities, to take part in one of the Skyride events – they are fun, free and a great day out.”

The Skyride scheme builds on Sky’s partnership with British Cycling, announced last summer, and follows the creation of a new professional road-cycling team. Sky has ambitiously set itself the target of getting one million more people cycling in the next five years.

Jeremy Darroch, Chief Executive of Sky, said; “We want to get as many people as possible to pick up their bikes again this summer; for fun, for fitness, with friends or with family. This is just the start of our five year campaign to get a million more people cycling by 2013.”

In addition, there are around 400 hosted rides, led by trained ride leaders from British Cycling, starting in July. Focussed on areas around the Skyride cities, they will cater for all abilities, from novice to expert, to encourage families and friends to ride together.

Victoria Pendleton said: “Cycling is a great way to stay healthy and it’s good for exploring and meeting new people. My message is simple, get on your bike and join us at one of the fantastic free events Sky has planned.”

Sky has launched a new cycling website at www.goskyride.com which will carry news, information and online registration for each of the Skyride events. The site will also feature tips and expert advice on how to ride safely and in comfort plus views from Sky’s cycling ambassadors and British Cycling’s stars.