Doubles all round! The compact 'sports' video market continues to fascinate with GoPro at the premium end launching their Mark 2 version of the successful Hero camera offering 'twice the processing power' and a wide angle glass lens promising to be 'twice as sharp.'

In easy numbers, the new processor delivers 1080p HD video and exceptional image detail for stills with 11 million pixels at a staggering 10 frames per second. The new HD Hero2 comes packaged for various outdoor sports all at £299.99; the one for cyclists is the Outdoor Edition which comes with brackets suitable for helmets and handlebars.

Coming up soon is a wireless comms module called BacPac and various Wi-Fi remote products enabling control and streaming between smartphones and computers. 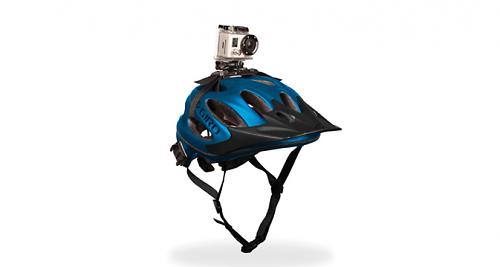 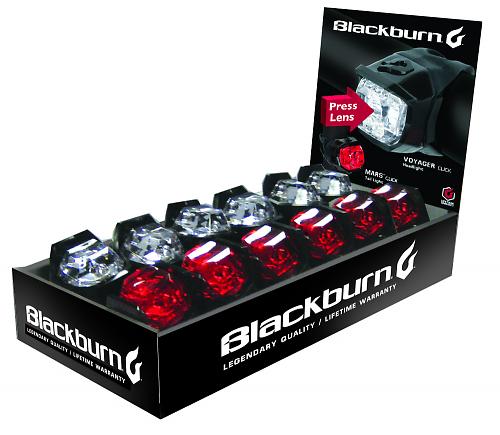 If it's the right word, Blackburn are celebrating the official start of winter and the dark evenings by giving away 'thousands of pounds worth' of their Click front and rear lights on Monday 31st October in London. Concerned that the first week of 'lighting up' is when most commuting cyclists are caught out by poor or non-existent lights, Blackburn reps are making camp on the corner of Queen St and Cannon St in the City of London from 5.30pm. The 2-LED Click lights are worth £19.99 a set; according to Blackburn, "Cycling is a great pastime, so Blackburn will be making sure that everyone can safely continue their love of riding all year round!" Castelli winter kit collaboration with 3T; in the right colour for Santa The Italian components folks at 3T have teamed up with another group of Italians who like a spot of red in their livery. The Castelli Ultimate Windstopper Jacket - £169.99 - and Corsa Bib Tights - £139.99 - are just the thing for a cyclist's ultimate Christmas pressie, we'd have thought. There's also a casual Track Jacket - we're waiting for the price on that one. Ah yes, £139.99. We reviewed the original and continuing Rido R2 saddle exactly two years ago and the only thing we disliked about it once we got used to the unusual appearance was its heft at 480 grams. The carbon-railed model they promised at the time is apparently still in the works but meanwhile this new slimmer RLt - for titanium - is a heck of an improvement at 230g while maintaining the same 'topography' to help shift stress off yer perineum, as they claim. Black is a no-brainer but white or yellow options will help to make this evidently 'anatomic' saddle a bit more at home on sleek racers. £67.50 doesn't seem out of line; our 'review' copy is on the way. 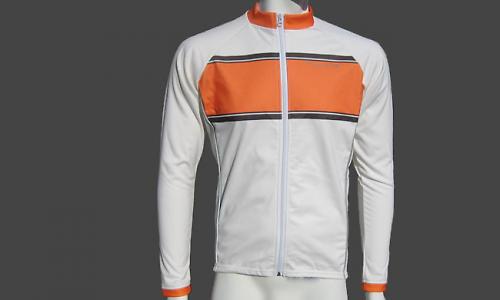 Founded when the owners of the new brand couldn't find cycling kit that was both visible and stylish, Hultra clothing has hints of the dreaded fluorescent but used in more of a classic Le Mans car racer style than geek-in-an-anorak. The Ventoux Softshell at £69.95 carries on the theme established with their first product, a short sleeve jersey, and there's a plain white lightweight packable shell for £37.95. All that white means you might want to be using mudguards. 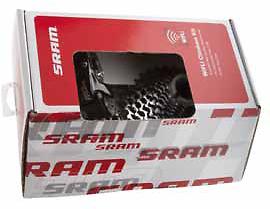 Component makers SRAM are offering a boxed kit containing a mid-length Rival rear derailleur, a chain and 11-32 tooth 10sp cassette to enable users of Red, Force, Rival and Apex groupsets to considerably lower the gear ratios typically found on production bikes. SRAM have been promoting their WiFLi - for Wider Faster Lighter - idea of 2 x 10 wide-ratio gears for some time with certain of their sponsored riders using WiFLi for Giro and Tour stages this season and some manufacturers are beginning to offer it on production bikes. The Cannondale Synapse we posted about this week uses the set-up. The set is available at the beginning of January for £184.99, according to importer Fisher Outdoor Leisure. It might be a godsend for owners of SRAM-equipped bikes who live in hilly areas or are thinking of heading to the mountains. We've seen elements of the American-made Outlier brand at Tokyo Fixed in London and we reviewed, and liked, their Climber Pants back in August. This Soft Core Wool Vest is on the way and we like the look of it for leisurely Autumn activities. What Outlier describe as "Primaloft Infinity insulation" is sandwiched between natural grey or blue flannel on the outside and fine Merino wool inside. What sold it to us is a neat diagonal pocket across the rear, easily accessible while cycling. 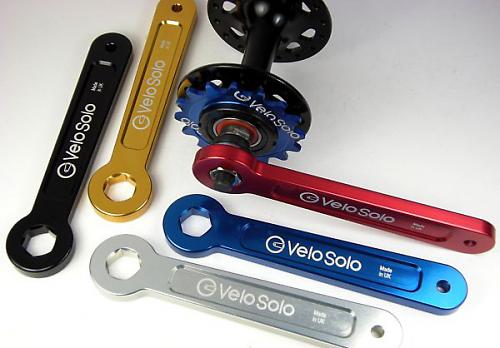 Singlespeed specialists VeloSolo have reinterpreted the classic Campagnolo 15mm 'Peanut Butter' tool in 8mm CNC-machined and heat-treated 7075 aluminium which means it can be anodised in colour. 75 grams matters if you're pocketing it for your wheel nuts. £14.95 includes shipping worldwide. 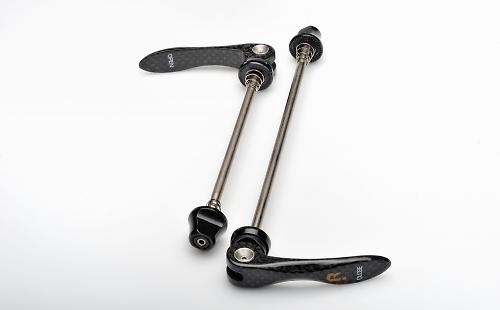 We admired these new quick release skewers with carbon fibre levers on some wheels at the recent Hotlines Show in Bristol. We can't have been the only admirers because they're due to come in soon under the new Italian Ratio 'Fast & Furious' brand. The weight is 75 grams for the pair which is light and the price at £69.99 on the high side but, certainly on the sample we saw, the action was smooth and comfortable which is more than you can say for most lightweight skewers. Ahem…Hope.

Light weight, clear displays and ease of operation are all claimed for the new range of Digiboard bike computers from the Dutch BBB brand. Ant+ wireless compatibility means that they work with BBB or anyone else's Ant+ accessories for speed, cadence and heart rate. Furthermore there are versions with and without barometric pressure measurement for altitude monitoring. You pay between £89.95 for 17 essential functions up to £199.95 for 30 functions including all the sensors and a heart rate strap.

And finally, The Bicycle Academy in Somerset launching Tuesday 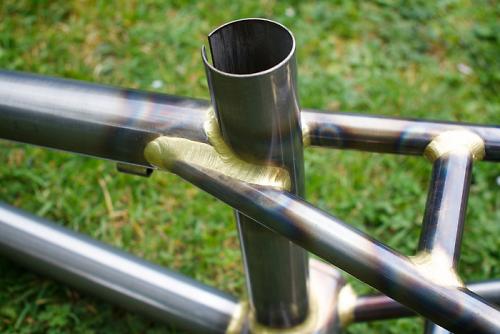 Next Tuesday 1st November sees the launch of the The Bicycle Academy crowd funding campaign we posted about some weeks ago. Apart from raising money by pre-selling the courses to learn frame building from Brian Curtis, the new organisation is raising the capital for equipment by selling 'rewards' to reach the campaign target. TBA is unusual from other frame building schools in that part of its objective is to build bikes for the re-cycles charity. Part of the deal is that everyone who signs up agrees for their first frame under Curtis' tutelage to go to Africa but then students will be able to use the workshop to build their own frames. And how good is Brian Curtis? They sent us some pics of one of his fillet-brazed frames yesterday taken after brushing off the flux but before any other filing or finishing. See the video below...