Germany’s Cube have launched what they’re calling their fastest ever road bike and they have an exciting-looking Ultegra Di2-equipped Agree in the range for 2012 that's very competitively priced.

We covered the new Litening Super HPC briefly a few weeks ago but we had the chance to check it out properly at Cube’s UK dealer launch in Droitwich yesterday – at a pub, if you're wondering about the unusual backdrop – and it’s a good-looking piece of work. It’s an out-and-out race bike with a frame that’s 150g lighter than last year – Cube are claiming a weight of just 860g. How have they shaved off the weight? They’ve moved to an entirely carbon fibre frame with no aluminium anywhere. The bottom bracket is entirely carbon and the new dropouts are now full carbon too. 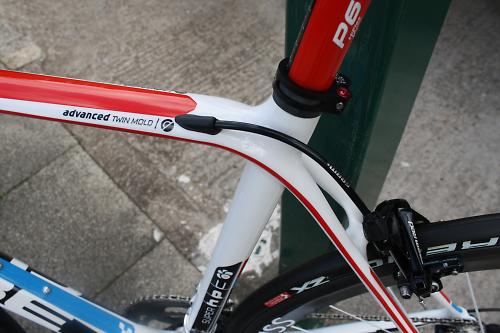 Cube have made the flattened top tube and seatstays thinner than before to save weight and add comfort, and the Syntace P6 Carbon RaceFlex seatpost has a 27.2mm diameter – again, to reduce vibration and smooth over the bumps. They’re going with the ‘more comfort equals more speed’ approach that brands like Specialized have been pushing for yonks. 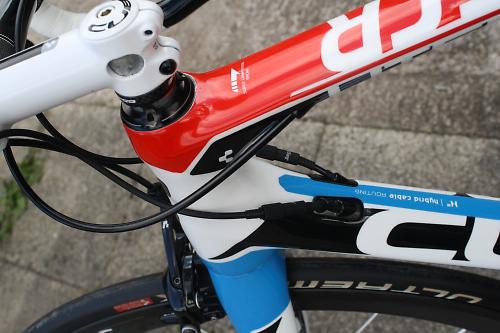 Expect more of that from all the manufacturers as they compete to produce the lightest frames, by the way. Call us cynical but they really haven’t got much choice. The more material you remove, the more likely you are to add flex, like it or not. 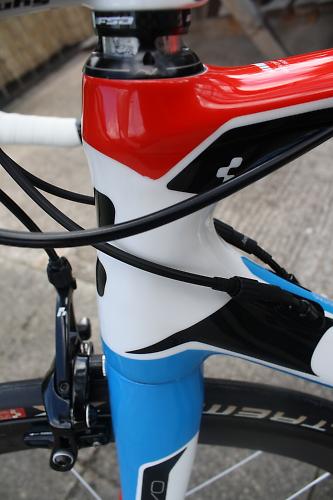 The Litening gets what Cube call ‘hybrid cable routing’ – helpfully labelled up on the frame lest you forget. That’s ‘hybrid’ in the sense that it’s the same routing for Di2 cables as it is for standard cables – so it’s internal with the rear mech cable exiting right at the end of the chainstay. That means that if you go for a mechanical setup to start with, you can swap to electronic further along the line without any trouble. You just change the cable-entry plates in the down tube and it’ll be all neat and lovely. 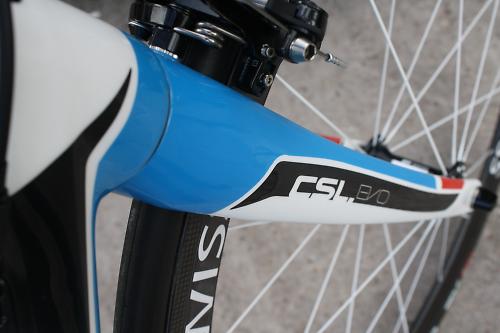 The Cube CSL Evo fork is all new too. It’s fully carbon fibre, weighing in at only 320g, and it spins on ceramic bearings. They’re 1 1/8in at the top and a chunky 1 1/2in at the bottom for extra rigidity. The bottom bracket, bythe way, is press fit, which is pretty much the norm on high-end performance bikes now. 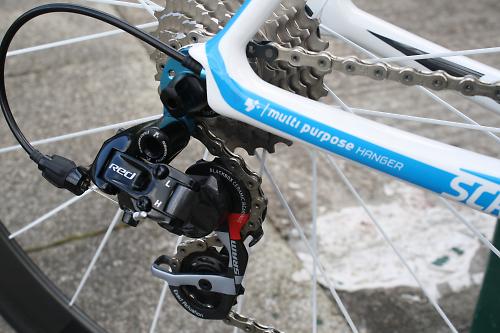 Various versions of the Litening Super HPC are available. This is the Race model that comes with a SRAM Red groupset and DT Swiss CSW RA 2.0 wheels. That little lot will set you back £3,999. 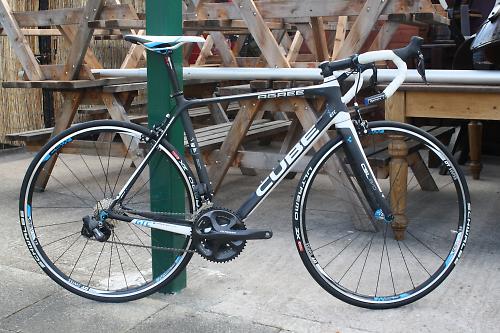 The Agree GTC frame has been redesigned for 2012 too, with the Di2 model the star of the show. That’s Di2 in its brand spanking new Ultegra form that’s coming to a road near you shortly. 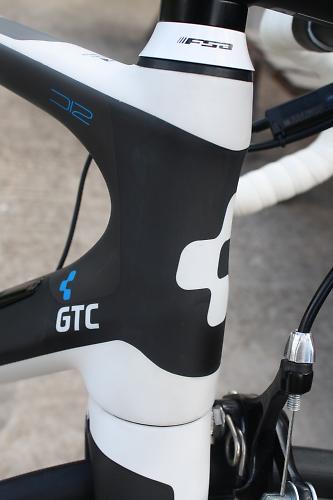 Cube see the Agree GTC as a direct descendant of the Litening and it’s true that they share many similar features. The Agree GTC has the same geometry, the same tapered head tube, and uses a press-fit BB too. The Di2 and SL versions even have the same Cube CSL Evo full carbon fork, although the cheaper models get a heavier (485g) fork with an alloy steerer. 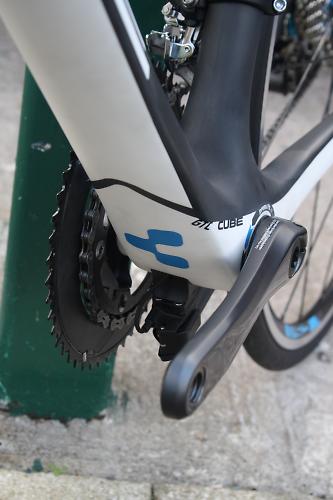 The Agree GTC doesn’t use the same grade of carbon as the Litening but it’s a lightweight race bike that’s ‘perfect for long and epic rides,’ according to Cube… so sportive-friendly too. 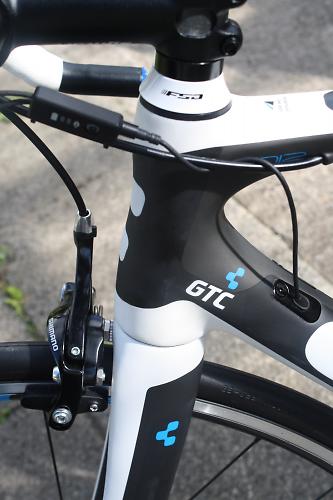 This Di2 version comes with DT Swiss CSW RA 2.0 Race wheels (like the Litening, above) and price-saving non-series brakes from Shimano. It’s priced at £2,499. That’s the cheapest Ultegra Di2 carbon bike we’ve heard of so far… and we really can’t imagine any of the other brands coming in below that point, although we could be wrong. Cube’s range is huge; they do a zillion mountain bikes and a whole bunch of setups that are suitable for commuting too. The Hyde Pro (£589) is a lightweight urban bike built around a double-butted aluminium frame, while the rigid fork comes with low-rider mounts. We like the look of the SL Cross Pro too. That’s a triple butted alloy frame with internal cabling and a rigid aluminium fork. You get a smattering of reliable Shimano 105 bits and an Easton EA30 cockpit. Those are 700C wheels, by the way. 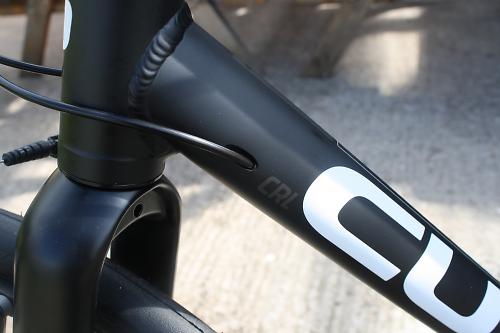 With understated graphics, it looks pretty cool in its own quiet way, and it’ll set you back £769. Nearly forgot… here’s the electrically-assisted EPO (EPO!!) with the battery hidden away inside the seat tube (although you’ll have guessed that by the size of it). Hydraulic disc brakes provide the power you need to bring this 18.8kg (41lb) to a halt safely. It costs £2,299. For all the details go to www2.cube.eu.