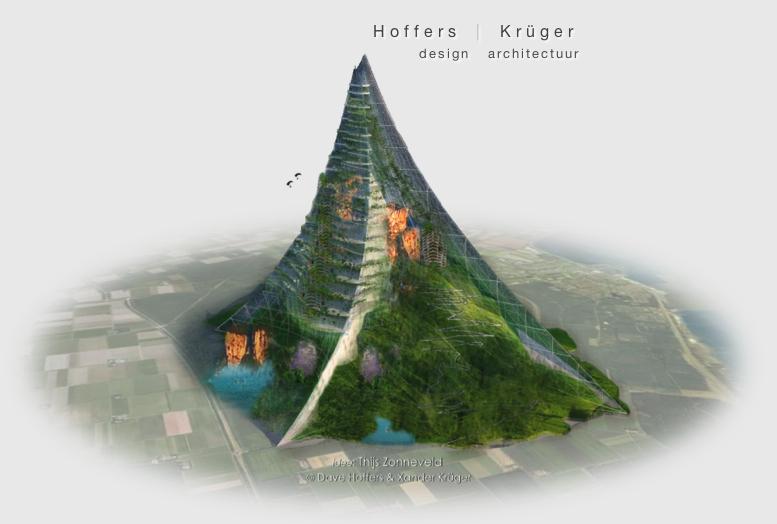 It’s an unfortunate fact of geography that for a nation whose cycling fans love the mountains – witness the party atmosphere at ‘Dutch Corner’ on the Alpe d’Huez – the Netherlands itself, apart from the Ardennes foothills, is pretty much flat as the proverbial Dutch pancake. Now, however, a former racing cyclist is leading a campaign for the country to build its very own mountain, at a cost estimated at up to €300 million.

The idea of bringing the mountain to the Netherlands was floated, apparently as a joke, by cyclist-turned-journalist Thijs Zonneveld in his column in the newspaper De Pers last month, but it immediately struck a chord both with the public and sports organisations.

Named Die Berg Komt Er, which in English means The Mountain Comes Here, the project is said to have the support of the Dutch Climbing & Mountaineering Association, the Royal Dutch Cycling Union (KNWU) and the Dutch Ski Association, all of which, for obvious reasons, would clearly welcome the prospect of a bloody great big mountain being plonked in the middle of the country.

In a joint statement published on the KNWU website, Thorwald Veneberg, the federation’s technical director, pointed out that the project, which is envisaged to include a road with hairpin bends for road cyclists looking to tackle climbs and descents, and trails for mountain bikers, would mean Dutch cyclists would no longer have to go abroad to train for those disciplines.

He added that while there were hills in the Limburg province, the altitude and length of those could not be compared to climbs in the Alps and Pyrenees and for that reason the KNWU was happy to support the project.

Vonneveld, quoted on AP, said: "The idea is not new but it's the first time that it is taken seriously by so many people."

He added that professionals such as engineers were already looking at the feasibility of the project, which might include ski slopes, bobsleigh runs and trails for hikers, as well as facilities for cyclists.

"It seems like that my plea - a joke at first - has clicked," he added, saying that in the current climate, "people want to get excited about a big project and say: yes we can do that. Companies see a chance to create innovation platforms.

The project had its genesis in a column Zonneveld penned last month in which he said: “Flat is ideal for growing beetroot, raising cows or building straight roads, but it's a catastrophe from a sports point-of-view. I want a mountain, a real one. In the Netherlands."

According to Zonneveld, the perfect place for his mountain, would be the province of Flevoland. “There's room and land is not expensive," he claimed.

"I'm living a dream right now,” he added.” It would be marvelous if the mountain became reality by 2018," he concluded, although you might imagine that environmentalists and locals could have something to say about a geographical feature springing up on their doorstep overnight that would ordinarily take a few million years to appear.

There’s even a mock-up of what the mountain might look like, shown in the picture that accompanies this article, and apparently drawn up by a firm of architects called Hoffers Kruger.

The press around the world has adopted a similarly sceptical tone, with the project's own webpage on the De Pers website quoting an unnamed French newspaper that had perhaps unkindly proclaimed, "Here's the proof - cannabis kills brain cells."

If the project’s legit, though, and it goes ahead, the Eneco Tour could be interesting in a decade or so’s time, assuming the UCI doesn’t introduce a ‘no artificial mountain’ rule.