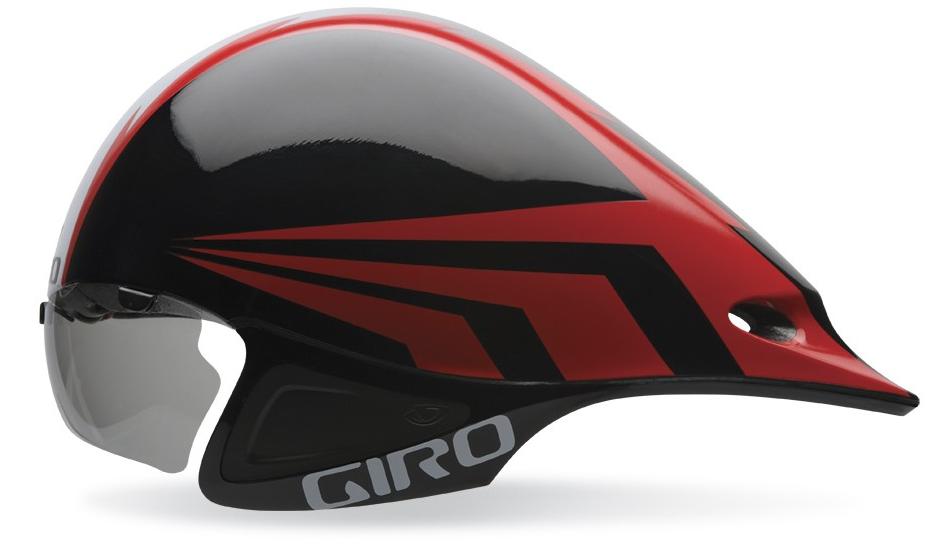 Slippery new TT lid has been in the pipeline for a long time, but it's here now...
by dave atkinson

Well it was meant to be a secret until the Team Time Trial in Turin, but news of Giro's new TT helmet has leaked out. And when we say 'leaked out', we mean 'been posted in full on the product section of their website'

The new lid would appear to be a direct descendant of this one that we saw Lance wearing as far back as the 2009 Tour de France. Certainly you can see the similarities in the venting at the rear and the overall shape. For comparison, here's a pic of that one, and a pic of the new Selector with extended tail section in place: 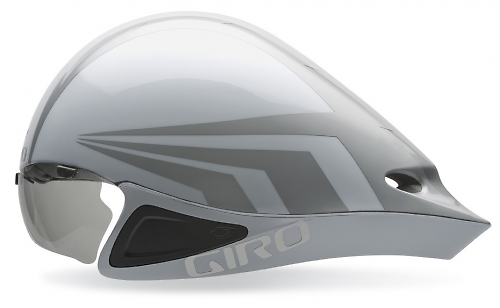 The Selector features an integrated visor and two different replaceable tail sections: the cutaway one pictured above, and a full length one. The theory is that you can optimise the lid for your particular position, and also the course conditions. The visor doesn't quite extend to the sides of the lid any more, which means that air can be drawn through the Selector to exit through the two exhaust ports at the rear.

Back when it was prototyped Giro waxed lyrical about the G-284-TT's (that was what it was called back then – Selector is pithier, we reckon) performance versus a standard TT helmet in side winds as well as air from the front. They might want to keep quiet about that in a week where the UCI have banned Bont's Crono aero road shoe, though. The governing body's position on aero equipment currently seems rather muddled: The Crono apparently falls foul of article 1.3.033 which stipulates: “It is forbidden to wear non-essential items of clothing or items designed to influence the performances of a rider such as reducing air resistance or modifying the body of the rider (compression, stretching, support)". Bont are appealing against the decision, since the UCI don't seem to have applied it to helmets, shoe covers, skinsuits or anything else for as long as anyone can remember. That's not to say they won't start... more on that soon.

The Selector is fabricated using an in-mold process like a normal top-level road lid, and has a reinforced cage built into the EPS foam. It features the TT version of Giro's minimal Roc Loc 5 dial adjustment system and XStatic anti-bacterial padding. We're not sure of the price in the UK but it's listed as $275 on the US website which means you shouldn't expect any change out of £200. Nor can we tell you how much it weighs, although that's not really the rasion d'etre of a TT lid. And it'll be available... soon.