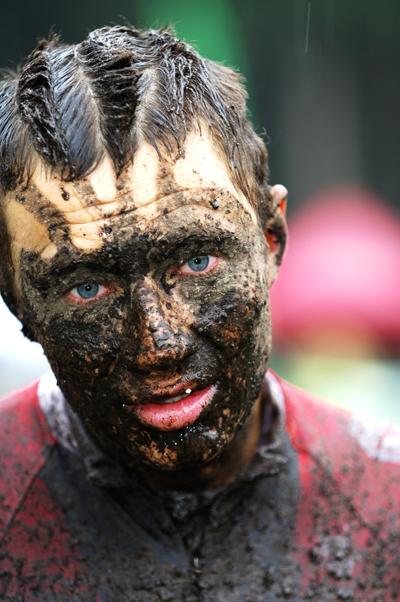 According to a new poll by YouGov 27 per cent of women aged between 18 and 34 were put of cycling to work because they were concerned that their hairstyles would be runed by wearing a cycle helmet – resulting in 'helmet hair', 19 per cent did not want their work colleagues to see them without make up.

Although concerns about appearance are most prevalent in the 18-34 age group, they are replicated across women of all ages. Safety concerns are also a factor: 53% of women say that safety is an issue and 42% say they lack the confidence and skills to cycle on the road. When asked what would make them feel more reassured about cycling on the roads, a quarter (26%) would consider cycling if there were shower facilities to freshen up at work and 16% would be more likely to cycle if they had received proper cycle training to equip them with skills and confidence.

The poll found that women were three time more likely to cycle indoors on an exercise bike, than cycle to work (14 per cent versus 4 per cent), this seems to echo the government's own figures which suggest that men are three times more likely to ride a bike than women. Cycling England say the poll's findings suggests that the perceived effect of cycling on appearance, together with a lack of confidence in cycling on the road, is behind this gender imbalance.

Two thirds of all women never cycle and just two per cent ride a bike every day, according to the poll. Phillip Darnton, chairman of Cycling England, said: "It's very worrying that we have such a gender imbalance when it comes to cycling in this country. "This research highlights some of the perceived barriers that prevent more women cycling, such as showers in the workplace. "Women, and in particular mothers, have a key role to play in encouraging greater take up of cycling in general - so it's vital we get more women on their bikes."

The YouGov study found that 53 per cent of all women were concerned about safety on a bike, while 42 per cent said they lacked the confidence and necessary skill to cycle on the road.

When it comes to female cycling, the UK is behind mainland Europe where male and female cycling rates are broadly equal. A number of initiatives are now in place to inspire and encourage more women and girls to take up cycling. Exeter-based Emma Osborne, a Sustrans Bike It Officer, has run a successful project called Beauty and the Bike to show teenage girls that cycling has a key role to play in looking and feeling good.

Emma Osborne said: "Cycling from A to B doesn’t have to mean you arrive dishevelled at your destination. In fact cycling is one of the best things you can do to promote health and wellbeing. Cycling doesn’t have to be a race – you can take it at your own pace without having to work up a sweat or don Lycra cycling wear. A total of 1,099 women were interviewed for the YouGov poll