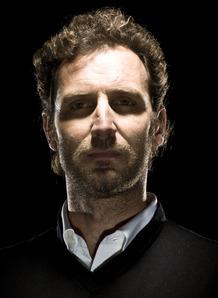 Max Sciandri warns Italian cycling to stop living in the past

Anglo-Italian ex-pro Max Sciandri has warned that Italy needs to stop living on its past glories if it is to avoid being eclipsed by the rising power of cyclists from English-speaking countries and the United States, Australia and Great Britain in particular.

Sciandri, born in Derby to an Italian father and British mother, made his comments in an interview published in today’s Gazzetta dello Sport following a weekend in which Matt Goss became the first Australian to win Milan-Sanremo, just days after his compatriot Cadel Evans won Tirreno-Adriatico.

Now working as a talent scout and directeur sportive for California-based BMC Racing, Sciandri scored some notable successes during the 1990s including three stage wins in the Giro d’Italia and one in the Tour de France, plus bronze in the men’s road race at the Atlanta Olympics.

While Italian cycling certainly has some exciting young talents – Vuelta winner Vincenzo Nibali and his Liquigas team mate Daniel Oss are two examples that spring immediately to mind – there are fears in the peninsula that Italy is losing its place at the centre of the sport.

That gives rise to a similar bout of self-reflection and self-doubt as French cycling has experienced in recent years. The country may have enjoyed a decent haul of stage wins in its home tour last year, but it’s difficult to see where the next Bernard Hinault or even Laurent Jalabert is going to come from.

“Too much is being based on what we were, and what we’ve done. That’s not enough any more,” insists the 44-year-old, who adds that it’s a question of “mentality, above everything else.

“Taking the past as an example is fine, but in the sense of drawing lessons from it to continue to be the best. It’s more in the detail, for example I believe that the Italian “family” model, where perhaps the father of the athlete plays the role of directeur sportive, is outdated.”

Sciandri, formerly director of the British Olympic Academy at Quarrata in Tuscany where he still lives – he says that his heart beats the red, white and green of the Italian tricolore – maintains that it isn’t a contradiction that young riders from Britain and other English-speaking countries come to Italy to begin their careers.

“They take our nice things. The climate, the roads, the food. But they add to that a hunger belonging to someone who comes from another part of the world, from America, Australia, to become among the best. Maybe some people are bitter, while they train they stop at the bar, they eat pizza and drink cappuccino… But that’s flannel, they want to learn.”

For a sport steeped in terminology drawn above all from French and Italian, English is now becoming established as the lingua franca among many teams, and unsurprisingly the ones above all that are based in Anglophone countries.

“Take Jim Ochowitz, BMC’s team manager,” says Sciandri. “When I flag up a rider to him, the first thing he asks is whether he speaks English.”
That allusion to his own role as scout marks a further difference between teams in the English-speaking world, and those from his father’s country. “It’s a role that a lot of Italian teams do not have, or at least not in an organised way.”

Asked to single out one rider who epitomised this shift in power in the cycling world, Sciandri had no hesitation in singling out one of his own charges, Taylor Phinney, who joined BMC at the end of last season from the Livestrong-Trek under-23 squad.

“He could mark an era,” concluded Sciandri.