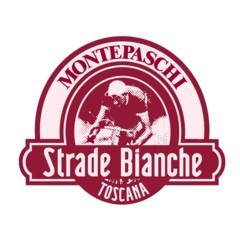 Omega Pharma-Lotto’s Philippe Gilbert today proved his form ahead of the Spring Classics by winning the fifth edition of the Montepaschi Strade Bianche race, the eight sections of sterrati, the white gravel Tuscan roads from which the race takes its name, earning it the reputation of Italy’s answer to Paris-Roubaix despite its relatively brief history.

The 30-year-old Belgian, who finished the 2010 season in sizzling form with two stages of the Vuelta plus wins in the Giro di Lombardia and Giro del Piemonte – his principal target, the World Championships in Geelong, would however elude him – proved to be the strongest of the 20 riders left to contest the finish in Siena’s Piazza del Campo.

That group was twice the number of the riders who on horseback, rather than bicycle, battle twice a year to win the Palio horse race run on the same historic piazza, which has a rather longer heritage, its origins dating back to medieval times.

Despite the different choice of steed, today’s race brought out big crowds in Siena, but hopes for a maiden home win were dashed with the Italians having to be content with the minor podium positions through former world champion Alessandro Ballan of BMC Racing, who came second, and Damiano Cunego of Lampre, third.

Earlier, it had been Leopard Trek’s evergreen road captain Stuart O’Grady who had blazed a trail at the front of the 190-kilometre race, which started this morning in the town of Gaiole in Chianti, accompanied by BMC Racing’s Greg Van Avermaet, but they were caught 12 kilometres from the finish.

Mark Cavendish was the sole Briton to complete the race, coming home in 28th position