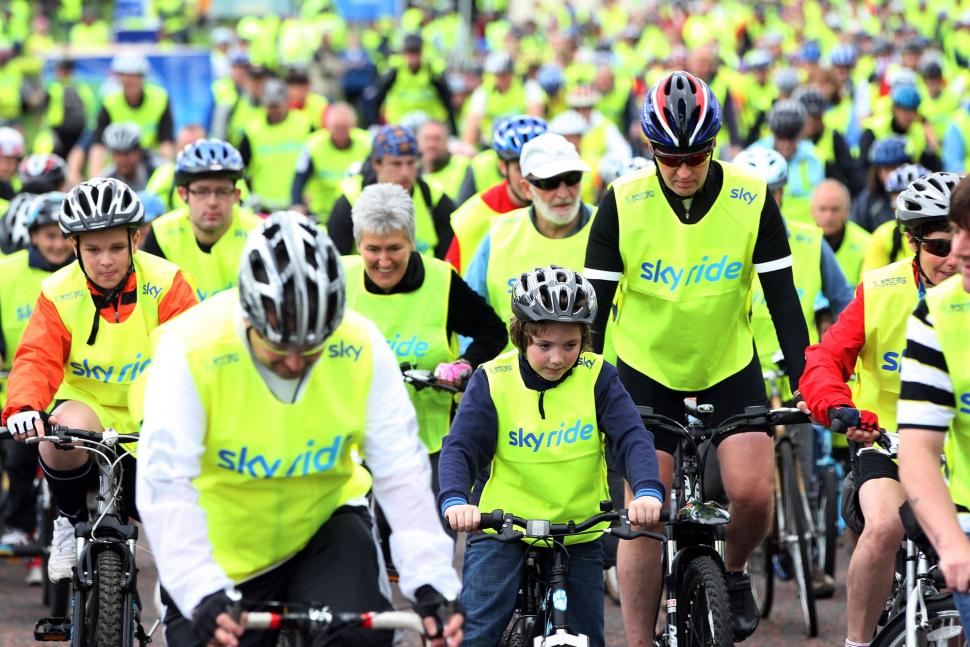 The results of a survey recently released by Sport England show that cycling is continuing to grow while other sports are struggling to attract new participants or hold on to existing ones.

As football and swimming in particular are singled out as showing a decline in participation, cycling is helping maintain an upward trend in the number of people in England taking part in sport at least three times a week.

While cycling is thought to have added almost 100,000 people to the number who exercise regularly, athletics and in particular running has added 263,000 thanks in no small part to the growth of informal running clubs, often established and organised via social media.

However, the figures also show that over the past two years the proportion of participants in cycling with club membership, those taking part in tuition and those taking part in competition have all remained fairly even. The growth of cycling, it seems, has been through less formal channels such as the Skyride events and even sportives rather than through traditional cycling clubs.

Equally the numbers of people who have taken up the sport and who describe themselves as "white" has increased significantly while among those describing themselves as "non-white", there has not been a statistically significant increase.

There has also been a further polarisation of the existing gender imbalance in cycling, with more men taking up the sport than women over the past two years.

Sport England has allocated £24.28 million to cycling for the four years from 2009 to 2013 out of a total pot funded by the Exchequer and National Lottery of £480 million which is shared between 46 sports.

“We put great stock on trying to ensure our participation initiatives truly meet the needs of those we’re hoping to get involved in our sport. Indeed, we can partly put the continued success of Sky Ride down to the fact that we listen to participants and adapt our offerings based on the feedback we receive.

"We’re committed to getting more people on their bikes and importantly, keeping them cycling. What is particularly exciting for us is that we’re confident there’s plenty more to come and throughout 2011 we will be launching more new initiatives to help get more people cycling more regularly.”