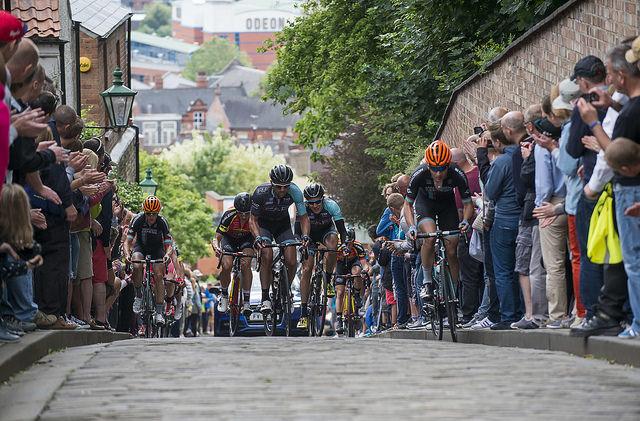 The future of the Lincoln Grand Prix is in doubt due to a lack of funding. Organisers have blamed Brexit for main sponsor Chestnut Homes withdrawing ahead of the 2020 edition.

The Lincoln Grand Prix has run continuously since 1956 and styles itself ‘the last remaining monument of British Cycling’.

As well as men’s and women’s elite races, the event also includes Bike Night, a hill climb and the Lincoln GP Sportive.

In a statement, organiser Dan Ellmore said: “We sincerely hope the Lincoln Grand prix will run its 65th edition in 2020 and will do everything we can to make this happen.

“However as with all of the UK racing calendar we are under the increasing pressure of rising costs in order to make sure the event is run safely and sadly after three great years with Chestnut Homes the housing market has slowed due to Brexit and the election and they are unable to support the event in 2020.”

The Lincoln Grand Prix is not the only domestic race to feel the pressure in recent times.

Earlier this month organisers stated that The Eddie Soens Memorial Cycle Race, which has been run since 1962, was “no longer economically viable.”

It has since found a new organiser and sponsor.

British Cycling today announced that former professional rider Erick Rowsell has taken on the new role of Elite Road Racing Manager, which will be focused on developing the men’s and women’s domestic road calendar and ensuring that events and teams remain sustainable.

British Cycling’s Integrity and Compliance Director, Rod Findlay, said: “Erick’s vast experience and insight from his career as a pro rider and a life in the sport will be invaluable as we continue to work with teams and race organisers to ensure that we are offering them the best possible support.

“This new role will also ensure that the growing popularity of cycling translates into a more attractive and sustainable offer for commercial partners.”

Rowsell said: “I’m thrilled to be given the opportunity to work closely alongside riders, teams and organisers to develop a domestic racing calendar which is both attractive and sustainable, and which capitalises on the unprecedented success we have seen British riders achieve in recent years.

“Through my own racing career I have a broad understanding of the challenges in front of us, and I want to draw upon all of that knowledge and experience to ensure that we are providing the best possible support to our teams and organisers in the years ahead.”

British Cycling is currently running a consultation on the future of each of its six cycling disciplines, including road racing. You can have your say here.