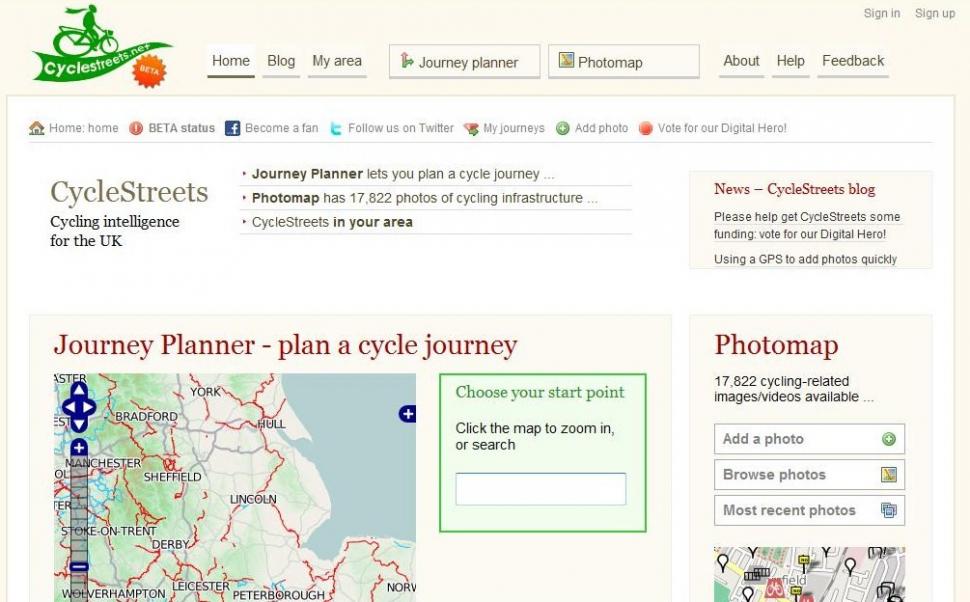 All the threes, err, 333,333. That trinary milestone is the number of journeys that CycleStreets, the UK-wide cycle journey-planning website has just reached.

The journey was, fittingly given the location of the project’s origins, undertaken in Cambridge and those one third of a million bike rides equate to 3.85 million km of route planning or the equivalent of cycling round the earth almost 100 times.

To plan a cycle route with CycleStreets it's as simple as going to www.cyclestreets.net, clicking on a start point and finish point, and hitting the 'Plan route' button. A map and detailed journey plan then appears.

You can also plan a journey on the move. A free mobile phone version of CycleStreets is available at www.cyclestreets.net/mobile, currently for iPhone, but Android and other versions are in the works. A range of other apps, including great apps from Bike Hub (including a bikeshop finder), Cycle Hire app, London Cycle, and London Bike App also make use of CycleStreets routing.

One user said: "[It’s a] brilliant facility. I have just started cycling to work and found it very useful for planning routes and trying them out."

CycleStreets is an independent project created by two cycling web-developers based in Cambridge. It uses the excellent data in OpenStreetMap which is collected by thousands of people all around the UK, creating the 'Wikipedia of maps' its developers say.

Cyclists - and anyone else - can get involved by adding information to www.openstreetmap.org. CycleStreets is described by its developers as a project for cyclists, by cyclists. CycleStreets' Simon Nuttall explained the project's roots:

"As cycling advocates and campaigners, one of the things we hear most often from people who don't cycle is their fear of traffic. We've built CycleStreets to help them discover cycle-friendly routes and cut-throughs you never knew existed. CycleStreets aims to be like a knowledgeable cyclist, wherever you are in the UK.

“CycleStreets will this week be launching a funding drive to raise funds for
two full-time developers. With so many requests for new features and ways
of using the system coming from user feedback, we want to move CycleStreets
to the next level,” added Simon.