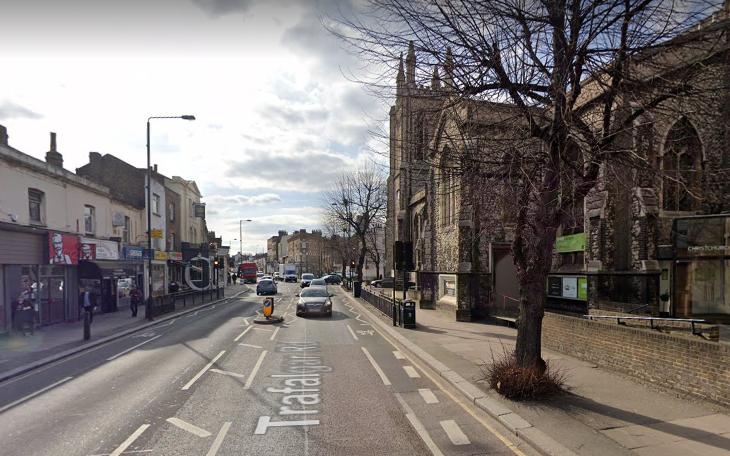 A London borough has removed a semi-segregated cycle lane on a road close to where several cyclists have been killed just weeks after it was installed – because pedestrians were tripping over the infrastructure.

The blog Murky Depths, which has pictures of the wands and kerbing which offered light segregation for cyclists, says they were put in place as part of a Low Emission Neighbourhood scheme for east Greenwich.

Greenwich Council explained in response to a post by a Twitter user why the Orcas and wands which marked out the lane, on Trafalgar Road in East Greenwich, had been removed. The webssite Murky Depths, meanwhile, has pictures of how they looked in situ.

@Royal_Greenwich any idea why the segregated safe bicycle lane on trafalgar road has just disappeared? This was a god send for progressive policy and encouragement of cycling. Made me feel safe cycling this bit. pic.twitter.com/vcZZziCES9

Trafalgar Road is the main road through Greenwich from east to west, lies between the notorious Woolwich Road roundabout and the town centre.

It lies on the originally planned route of Cycle Superhighway 4, which was subsequently amended to have its eastern end in the centre of Greenwich.

Following the deaths of two cyclists last year, one in the centre of Greenwich, the other at the Woolwich Road roundabout, the campaign group Stop Killing Cyclists held a vigil and die-in outside Greenwich Council’s head office in Woolwich.

Transport for London said that it planned to consult on extending the route all the way to Woolwich as originally envisaged. No such consultation has been launched to date.