Work on a new world-class cycling facility at Doncaster Dome has been completed and it will open to the public after 27 September 2019.

The council are looking to grow cycling in the region following the upcoming World Championships which are being held in Yorkshire.

The event takes place in Yorkshire in September and the Women’s Junior Road Race and Men’s U23 Road Race will start from Doncaster Dome on Friday 27 September.

According to the Doncaster council the track will; Belfast radio station U105 has been forced to apologise for a post on social media attacking cyclists.

A meme, shared widely online, was posted on the station's Facebook page on Thursday.

It showed an image of the actor Robert Downey jr looking relieved with the caption: "When you thought you ran over an animal but it was just a cyclist..."

The station then went on to write "Drive safe folks!" under the post.

On Friday afternoon, the station, unsurprisingly made an apology.

"We posted a meme that has offended and upset some members of our audience," a statement said.

"It was not our intention and an error of judgement on our behalf, and we would like to apologise to anyone who was upset or offended with the content of the meme."

Authorities in Canada have recommended a 13.6-kilometre detour to circumnavigate a 1.5-kilometre section of a popular cycling path. That's reasonable isn't it?

“Is this a joke?” wrote one irate cyclist on the Parks Canada Facebook site. “A detour of 14 km to replace a stretch of 1.5 km? Do you ever bike?”

Totally unacceptable and disconnected from reality,” wrote another. “How can you pretend that imposing a detour that’s 10 times longer than the zone under construction could be reasonable?”

Parks Canada announced that starting last Monday, the stretch of the bike path running north of the canal between Dollard Ave. and Angrignon Blvd., south of Ville St. Pierre and Notre-Dame-de-Grâce, will be closed because of renovation work on the canal’s retaining walls until June 2020.

09 August 2019, 17:14
Everyone's favourite interviewee talks about the conditions on stage one of the tour of Scotland

“It was crazy conditions!” Your QoM jersey leader @CUttrupLudwig @BiglaTeam looks back on Stage of the #WTOS pic.twitter.com/izEHhPG4Ou

If you ever needed some motivation while cycling up a mountain, just call @Tyson_Fury #NoFilterBoxing special episode in Marbella drops tomorrow night on BT Sport 1 HD pic.twitter.com/YtEe7BzLGL 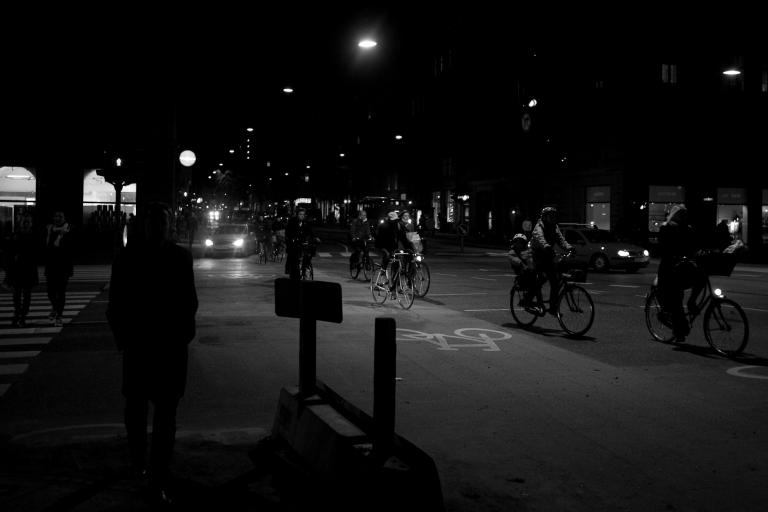 The Labour MP for Kensington, Emma Dent Coad, tweeted support - despite opposing a segregated cycle lane in her constituency recently.

09 August 2019, 15:13
We should emphasise that it's only stage one of the Women's Tour of Scotland that's been cancelled

As it stands, we still plan to commence the start of Stage 2 in Glasgow tomorrow. #WTOS

Here's Katie Archibald on why she thinks it's such an important event. 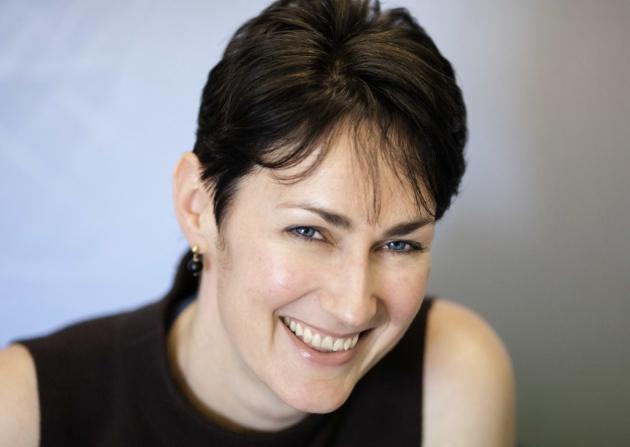 The professor of genetics Maria Bitner-Glindzicz, who died when a van driver opened his door without looking which forced her to swerve into the path of an overtaking taxi, started cycling after narrowly escaping the 7/7 terror attacks, according to her family. Speaking to the Evening Standard, her husband Professor David Miles said she only didn't board the Piccadilly Line tube that exploded back in 2005 because of overcrowding: "She reckoned she was extremely close to being on the carriage that had the bomb on it. Since then, she was always cycling."

The van driver who was deemed to have caused the incident was charged with opening his door ‘so as to injure or endanger’, but died in the days before a hearing in April of this year.

The organisers of the race said: “Due to extreme weather conditions we have taken the unfortunate decision together with Police Scotland and the other relevant authorities to abandon today’s stage.”

“Conditions have proven impossible due to heavy sections of standing water. Rider safety is therefore paramount and conditions were no longer safe to continue.”

“The winners of today’s Event Scotland Queen of the Mountains and Motorola Solutions Sprints classifications will still be presented in Dunfermline, however the rest of the teams have returned to their accommodation.”

At the moment stage 2 is still due to go ahead 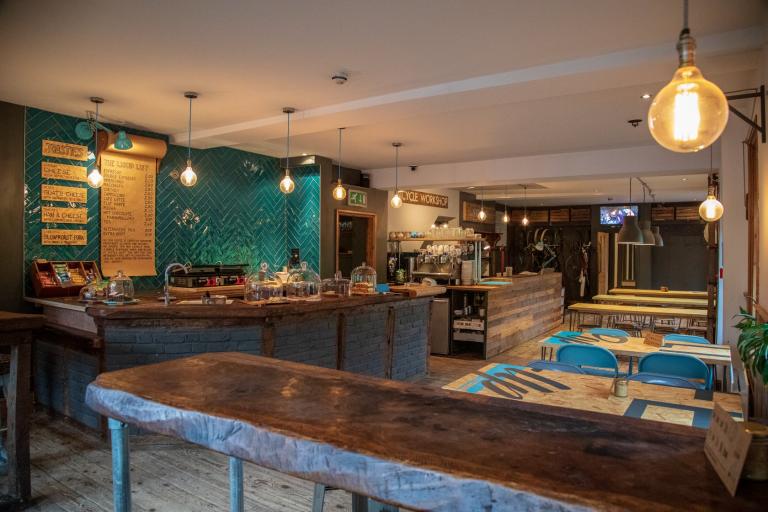 “Saying that cyclists are welcome to use the café, but must not arrange or organise themselves to do so, is an absurdity of Catch 22 proportions.”

And here's the amusingly titled Zig Zag from All-City, another popular US brand of steel road bikes. Read the full story here. 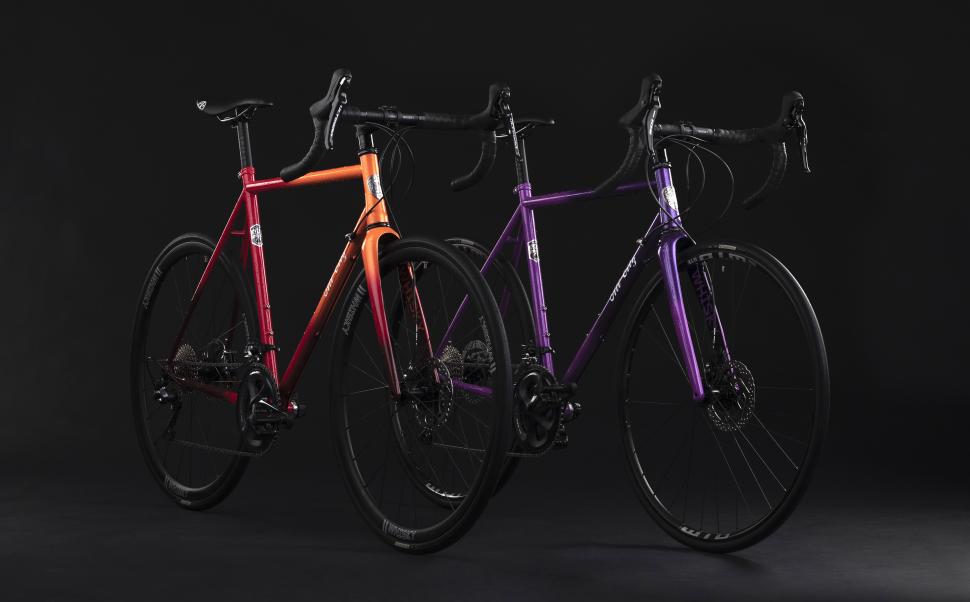 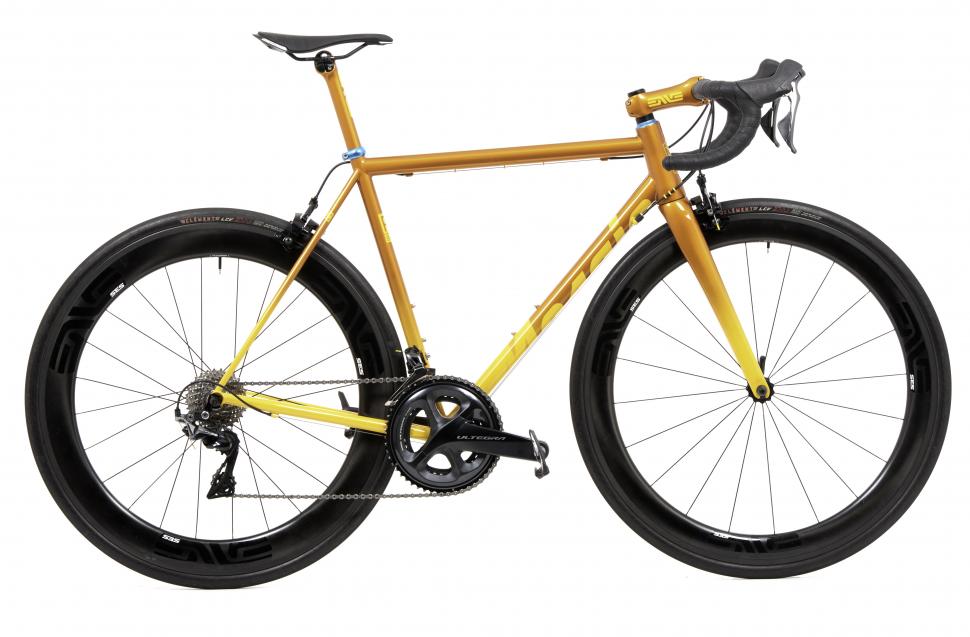 Do you have a bright idea for creating a display and a location along the Tour of Britain route? If so you can enter the National Land Art competition here:
here: https://t.co/cRTmkrl869 @TourofBritain #TourofBritain #LandArt Kent Live reports on a cyclist whose bike was hit by an Olleco lorry while it was locked to a fence.

Stephen Taylor had left his bike outside Suzanne’s gift shop in Broadstairs while he went to get his hair cut. He came to a bent frame and a knackered wheel.

“When I got back, the lorry was still there,” said Taylor. “So I spoke to the driver and he said to speak to the company. They were very nice and helpful, they told me to send all the details and photos which I did.

“I took it to the bike shop in St Peter’s and they said it was a write-off, then they did a report and sent it off to Olleco.

“I’ve not heard a thing from them – they promised they’d get back to me and didn’t bother.”

The loss of the bike means that Taylor’s commute has increased by 40 minutes.

He says he’s attempted to contact Olleco every week since the incident happened on July 10, but he’s had not response.

“It’s not the money – it’s just really irritated me,” he said.

“I work at A&E and get the train from Ramsgate to Medway and cycle the rest of the way. After a 12-hour night shift I’ll have an extra 40-minute walk.

“Why should I pay £500 of my money on a new bike when this lorry reversed over it?

“If it was a car I could claim on my insurance. It’s not my fault. The lorry driver was very nice and he admitted liability.

“If I damaged one of their vehicles they would be on me like a ton of bricks. Even if they just give me £50 I will be happy because at least they have done something.” 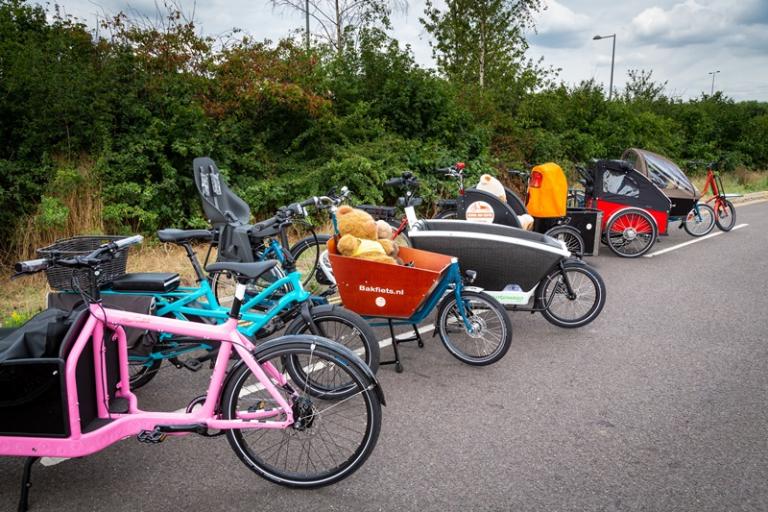 The Bakfiets Long won the Best Cargo Bike – Families category, which assessed bikes suitable for carrying children. The bike scored highly for its affordability and judges were also impressed by the bike's ease of use.

Will Norman, London’s Walking and Cycling Commissioner, said: “I’m delighted that this competition has helped showcase how cargo bikes are a greener, cleaner and often faster alternative to polluting cars and vans. We were really impressed with the standard of all the entries, and hope families and businesses will be encouraged to make the switch and help clean up London’s toxic air.”

This video was originally spawned from a thread on Reddit, where the uploader says "this should be shown to every person who goes to buy a new car in Glasgow." Allegedly an accident 20 miles away on the M80 caused this tailback, and motorists were stuck in jams for two hours or more. Bet they wish they'd have cycled instead...

It must be still sinking in for the Colombian superstar, as he returns to his homeland to find huge crowds gathering to catch a glimpse and murals made in his honour.

So it’s nearly 16 years since my wonderful Dad was killed in a cycling accident (it was an accident - no blame). I see lots of photos of children cycling and the positive effects of cycling so here’s my take on why making roads safe for kids is good for all pic.twitter.com/VE6nRdRycL

"The point is this, cycling has an effect, group sport of any type has a very direct positive effect on society. We become a group, rather than isolated in our metal boxes. It builds character, resilience and builds a healthy mindset into children", says former GB cyclists David Standard in tribute to his late father.

TfL ⁦@TfLTPH⁩ One of your partners seems to be a little confused Both well below the standard that should be expected from (A)a regulator and (B) a minicab driver pic.twitter.com/u1CTilWqOS