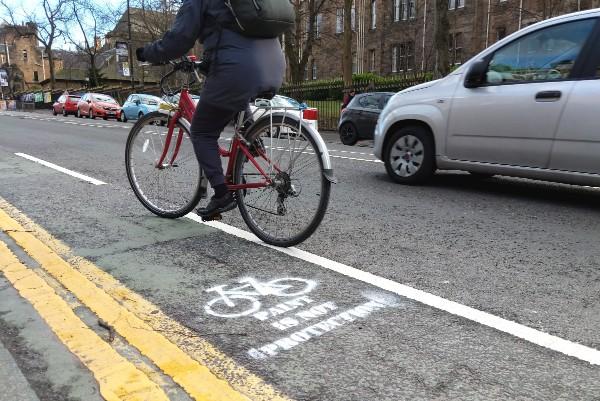 University's pledge on global warming not backed up by making routes safe for cyclists, say GoBike...
by Simon_MacMichael

Cycling  campaigners say that Glasgow University’s declaration earlier this month of support for measures to tackle the climate change emergency is not backed up by action.

The university is the first in Scotland to back the UK target of cutting greenhouse gases to nearly zero by 2050.

Its chief operating officer, David Duncan, said: “In taking this stand we are affirming our belief that urgent action is needed to tackle climate change.

“Glasgow was the first university to confirm that we were divesting from fossil fuels and we have followed this up with additional actions to reduce our carbon footprint and address other issues, such as waste, biodiversity and sustainable travel,” he added.

But Strathclyde cycling campaign group GoBike, which has been calling for a safe cycling route to be put in place for students and staff wanting to travel to the university by bicycle have repeated their appeal for safer infrastructure to protect cyclists.

John Donnelly, co-convenor of GoBike said: “After years spent struggling to secure space for people of all ages and abilities to cycle on Byres Road, we genuinely believed that Glasgow had turned a corner in terms of sustainable transport.

"However, you literally turn the corner at Byres Road and we are having to make the same arguments all over again.

“Research consistently shows that the greatest barrier to cycling in this country is safety. The fact that the University of Glasgow is choosing to ignore this makes a mockery of their climate commitments.

"GoBike is calling for University Avenue to be made safe for cycling so anyone of age and ability who wants to cycle has the opportunity to do so safely,” he added.