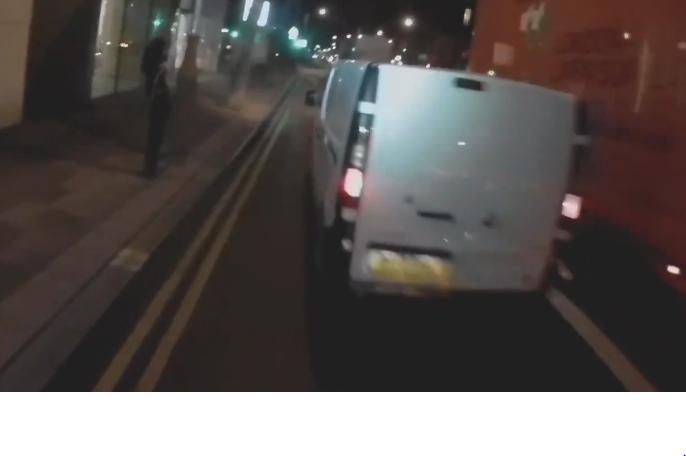 Broadcaster posted the footage to Twitter on Monday evening
by Simon_MacMichael

The broadcaster Jeremy Vine has posted another video showing a van driver making a very close pass on him during his commute in London – this time in a bus lane.

The footage he posted to Twitter late yesterday evening came less than two months after he shared another video on the social network of what he termed “the most life-threatening moment I’ve ever had on my bike.”

In the videos that he tweeted yesterday, shot with front- and rear-facing cameras, the 53-year-old yells out as the van driver, who was undertaking a lorry, passes him very closely.

He wants to undertake the red truck. He is doing at least 30. pic.twitter.com/jxH4glnUfa

In a subsequent tweet, Vine wrote: "Disgusting behaviour — he has literally not saved himself more than 2 seconds, while risking my life."

A number of people expressed shock at how close the overtake had been and urged Vine to report the incident to the police.

Some cyclists suggested that Vine should have adopted primary position, or perhaps vary his route to use quieter streets – however, some of the listeners to his BBC Radio 2 show said he should give up cycling altogether for his own safety.

One person replying referenced Auto Trader’s recently launched #SwearToChange campaign, pointing out that Vine’s footage showed exactly why efforts to reduce casualties among vulnerable road users should be primarily directed at motorists rather than the people they put at risk through dangerous driving.

@AutoTrader_UK #SwearToChange my case in point Jeremy is lit up & visible, yet, this dangerous driving happens that’s why your current campaign is not targeting the right people drivers that have no consideration for other lives on the roads.