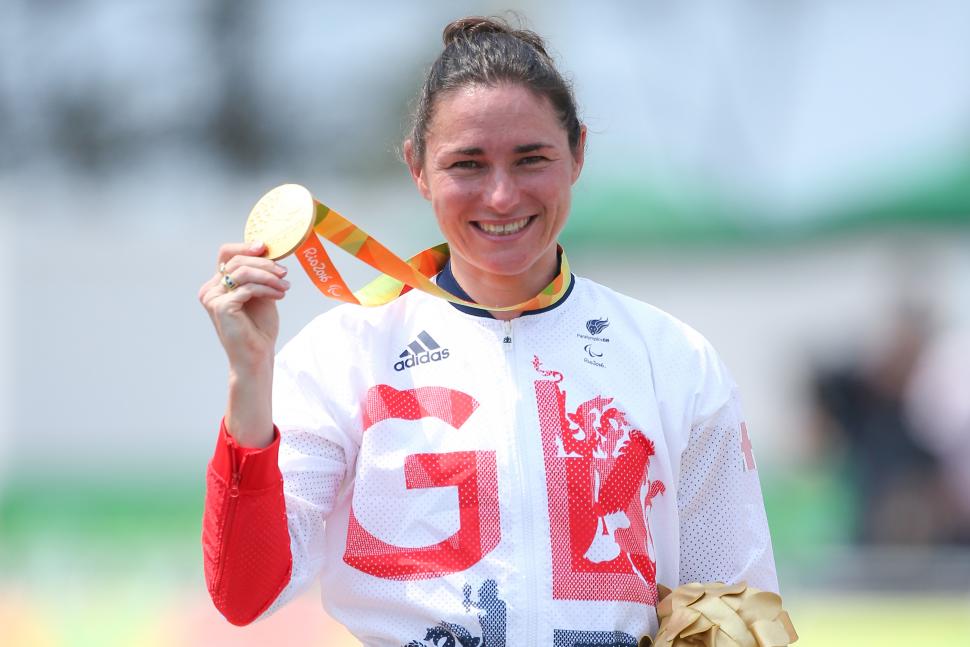 Dame Sarah Storey has urged national and local governments to “build bike lanes fit for everyone, not just the brave” to encourage more women to take up cycling.

The 14-time Paralympic gold medallist made her appeal as part of British Cycling’s One in a Million campaign which aims to reduce the gender gap in cycling and get 1 million more women cycling by 2020, and will be holding a Question and Answer session on the organisation’s Twitter account between 1pm and 2pm today.

“We know that there is huge potential for women in particular to make more everyday journeys – especially commuter trips – by bike,” she said.

“Despite women on average having a shorter commute than men, only a quarter of all cycle commuters are women, so we clearly have a lot of work to do.

“The reasons for this are quite clear: over two thirds of women believe that it is too dangerous for them to cycle on the roads, with most citing driver behavior and inadequate cycle lanes and infrastructure as the main hazards deterring them.

“What these barriers also tell us is that painted, poor quality cycle lanes on the road simply won’t cut it. We have to stop creating cycle lanes that are too narrow, poorly maintained and disconnected from other routes.

“Above all this comes down to the allocation of space, and if we continue to squeeze the space available to people on bikes and foot they are more likely to have a negative experience,” Storey continued.

“If anything, the current provision in many cases makes it even harder for us to enable new people to cycle, and offers very little incentive to those who would otherwise like to make more active travel choices.

“If we are to truly make people on bikes feel safer and reduce the potential for conflict between road users we need high-quality, fully-segregated routes in all towns and cities, built to clear and consistent design standards, and properly enforced 20mph speed limits on quieter streets. Anything less than this and cycling will continue to be confined to the brave.”

Just 1.9 per cent of people in Great Britain cycle to work at the moment, but Storey believes that efforts by British Cycling and other organisations including Cycling UK and Sustrans that are members of the Walking and Cycling Alliance will bear fruit.

“The success of Sport England’s ‘This Girl Can’ campaign shows that when we make change easy and attractive there are no barriers that we can’t overcome,” she explained.

“Getting more women on bikes for everyday journeys is great for our health, our environment and the places we live and work, but we can only get there with strong leadership and sustained investment.”