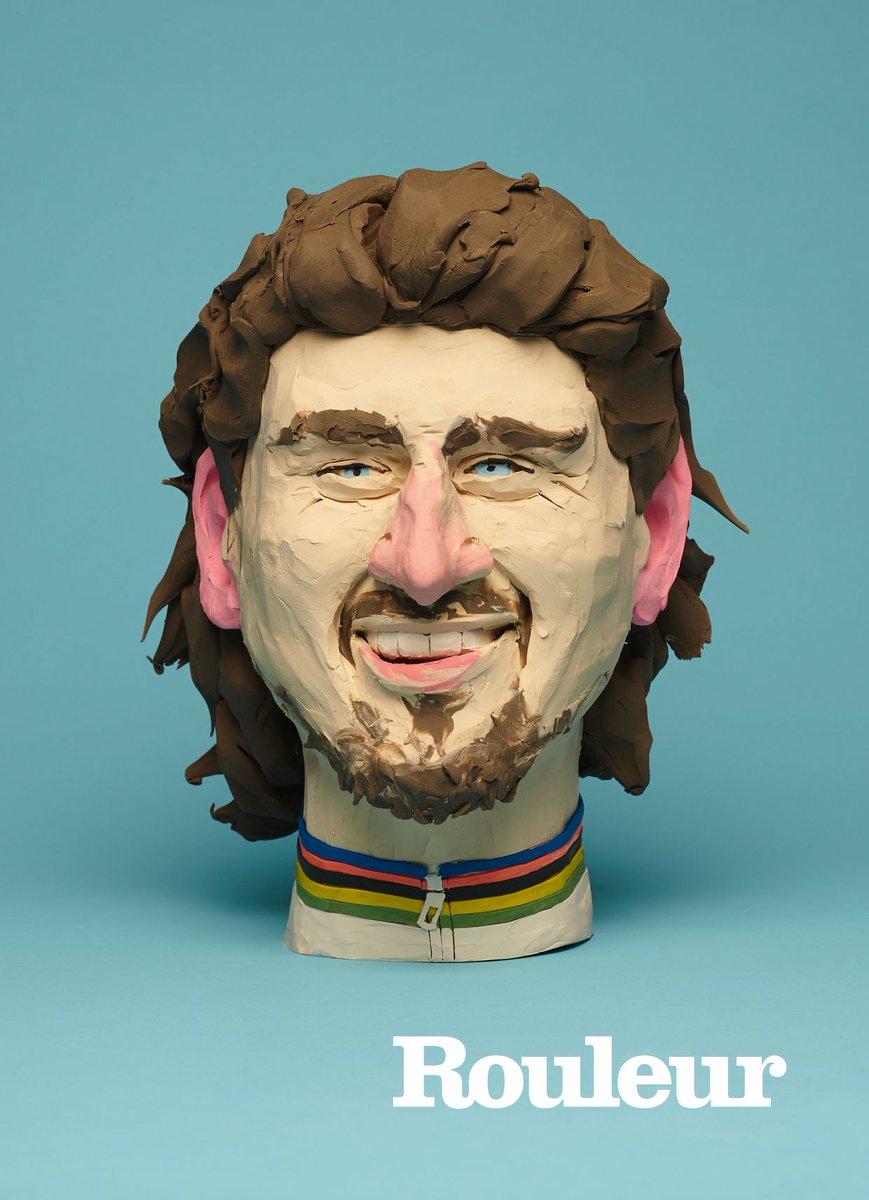 A bust of three-time world champion Peter Sagan has raised £2,500 for the charity World Bicycle Relief (WBR) – and with match funding, 50 bikes will be donated to people in need of them around the world as a result

The bust, made by sculptor Wilfrid Wood – who in the past worked on creating puppets for the TV series Spitting Image – was auctioned at the Rouleur Classic in London earlier this month.

Previous subjects he has tackled include the artist David Hockney, and Wimbledon and Olympic Champion Andy Murray.

The successful bidder, one ‘Moving Jim’ from London, said afterwards: “I can’t believe it. I could’ve bought a bike for that!”

WBR UK CEO Allison Dufosee had the perfect response to him.

“But you did – in fact – you’ve bought 50 bikes because of the match funding that is currently available,” she said.

She added: “We couldn’t empower the communities we work with if we didn’t have cycling enthusiasts and supporters like Jim helping us.

“We are so grateful to Jim who through his generosity has enabled us to put 50 more bikes in the field.

“Our thanks also go to Rouleur who donated the head to us after they had photographed it for the cover of the latest issue.”

Launched in 2005 by SRAM founder FK Day and documentary photographer Leah Missbach following the Boxing Day 2014 Tsunami – 24,000 bikes were donated to survivors in Sri Lanka alone in the wake of that disaster – WBR has since distributed tens of thousands of bikes to people around the globe.

You can find out more about its activities here.