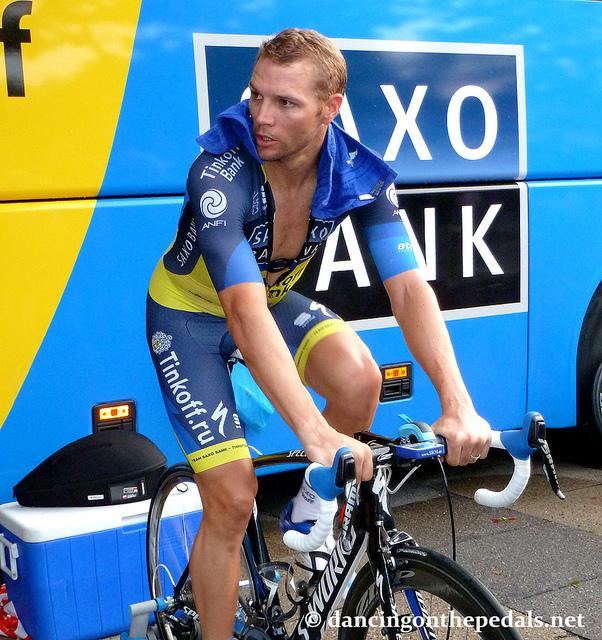 Tributes are being paid to former Saxo-Tinkoff pro cyclist Jonathan Cantwell, who has died at the age of 36.

The Australian spent four seasons riding at UCI Continental level before joining Saxo-Tinkoff in 2012, a year in which he rode the Tour de France, his highest placing being sixth on Stage 4 in Rouen.

He left the team at the end of the following year and spent the final season of his career with the Australia-based UCI Professional Continental team Drapac Pro Cycling.

Career highlights included two stage wins apiece at the Tour of Taiwan and the Herald Sun Tour, while in 2013 Cantwell was second overall in the World Ports Classic, held over two days. He was also Australian national criterium champion in 2011.

Following his retirement from cycling, Cantwell worked as CEO of the bike brand Swift Carbon Australia.

In 2017 he revealed he had successfully undergone surgery for testicular cancer.

He made a full recovery and this September represented Australia at the age group world championships held in September on the Gold Coast in his native state, Queensland.

Cantwell leaves behind his partner and two children.

Among those to pay tribute to him was national governing body, Cycling Australia.

Cycling Australia is deeply saddened by the passing of Jonathan Cantwell. We extend our thoughts to his family and friends at this time.
If you need support and information about suicide prevention, please contact Lifeline on 13 11 14. pic.twitter.com/ZkpvwCEYDq

Others to pay tribute included fellow Queenslander Anna Meares. The multiple world and Olympic champion said: “My heart aches heavy to learn that Jonathan Cantwell has died. Love and thoughts with his family and friends and indeed community.”