A £4k full-power e-bike that's light enough to keep up on the flat...
by dave atkinson

Electric bikes, eh? You just can't get away from them. Especially on hills.

Where once the e-bike was a rather worthy thing for getting to the office a bit less sweaty, now you'll find them in all the leisure markets too. Mountain biking was the first discipline to embrace the motor, but the road isn't too far behind. But what should an electric road bike be? Some manufacturers are making them as light as they can, with just a bit of assistance for the hills. Others are bolting full-power systems on for more assistance, but with more weight. The Bianchi is in the latter camp, but it's the lightest full-fat e-bike we've seen, at 16.34kg for this 57cm test bike. 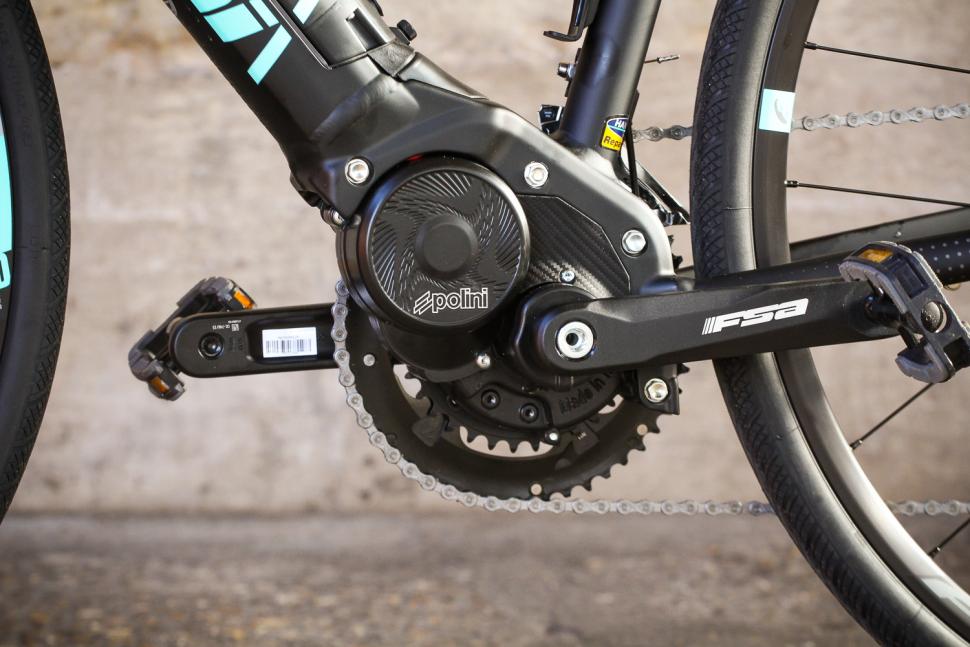 When we say 'full fat' we're not talking about systems that put out a nominal 250W but aren't in the same league as the market-leading mid motors from Bosch and Shimano. The Polini EP3 motor that Bianchi are using puts out 70Nm of torque, the same as a Shimano E8000 motor and almost as much as Bosch's Performance Line CX unit. It's coupled with a 490Wh battery for a nice long range, especially bearing in mind that this is a bike you're likely to be riding at above the 25km/h assistance limit on the flat, so the motor will mostly kick in on the hills. 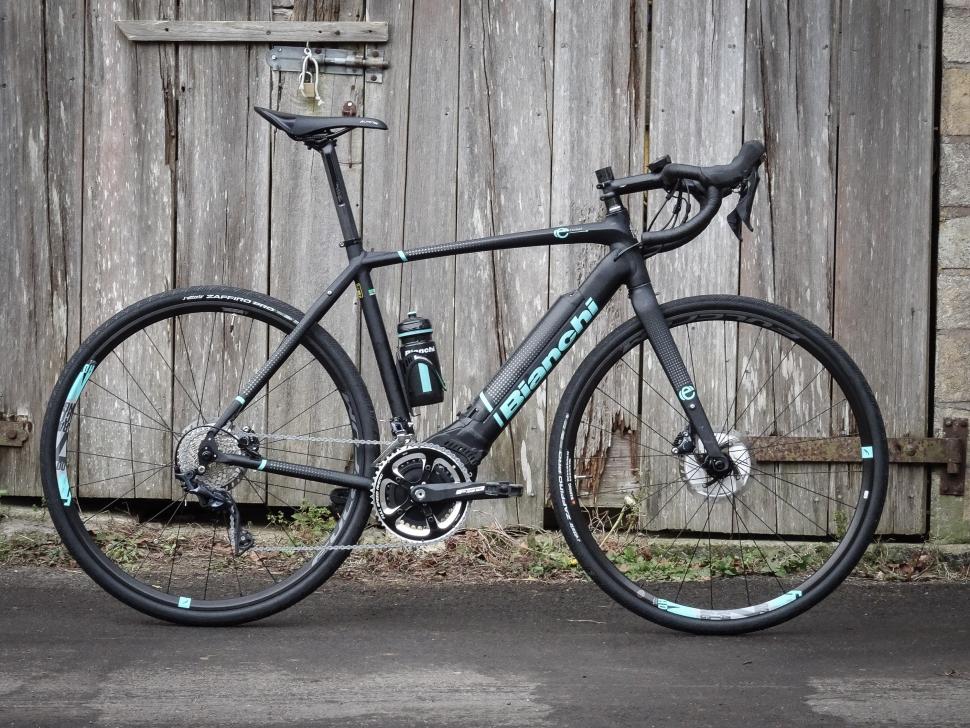 So who's it for? People who want to keep up with their fitter/more able-bodied mates, maybe, or who are pressed for time and want to get more riding done in the hours they do have. Or someone that has a longish commute that they'd do more often by bike if they could have a bit of a helping hand. It might not be for you. But it's easy to think of people it might work for...

Anyway, we'll be doing a review of the Impulso e-Road over on ebiketips. Actually we've already done quite a few miles on it, and spoiler alert: this thing is fierce when you point it uphill. We've managed to beat Michal Kwiatkowski's time up a local climb, that he set during the Tour of Britain. And that ain't happening without a motor. It's light enough to keep up with our buddies on the flat, too. Also: it's a lot of fun. Stay tuned for a full review.