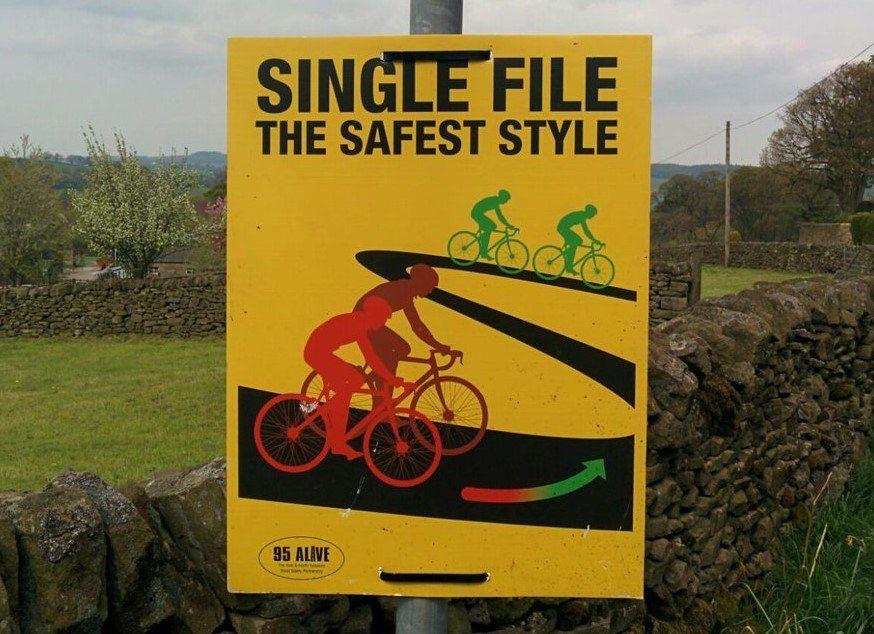 Chris Boardman has been among those to criticise a sign put up on a Yorkshire road, advising cyclists ‘single file, the safest style’.

. @northyorkscc should be ashamed of this. Tell the cyclists to get out of the way so drivers can fly around @StopKillingCycl pic.twitter.com/vO3p2D7Euc

Responding to the tweet, Boardman suggested: “Should read 'single file, wait a while' as the group is twice the length, making it harder to pass not easier (well, if giving enough room).”

Boardman can be seen explaining why cyclists can – and do – ride two abreast in a 2015 cycle safety video co-funded by the Bicycle Association and British Cycling.

MartGT, who published the photo, said that in his opinion the sign was on a road where single file would endanger cyclists.

There was also criticism from Martin Porter QC, who suggested that drivers might look at the sign “and decide it is justifiable to 'enforce' this advice.”

The 95 Alive Twitter account said that the sign was “just one part of the safety campaign,” and added that a version of West Midlands’ police’s close pass operation would begin later in the month.