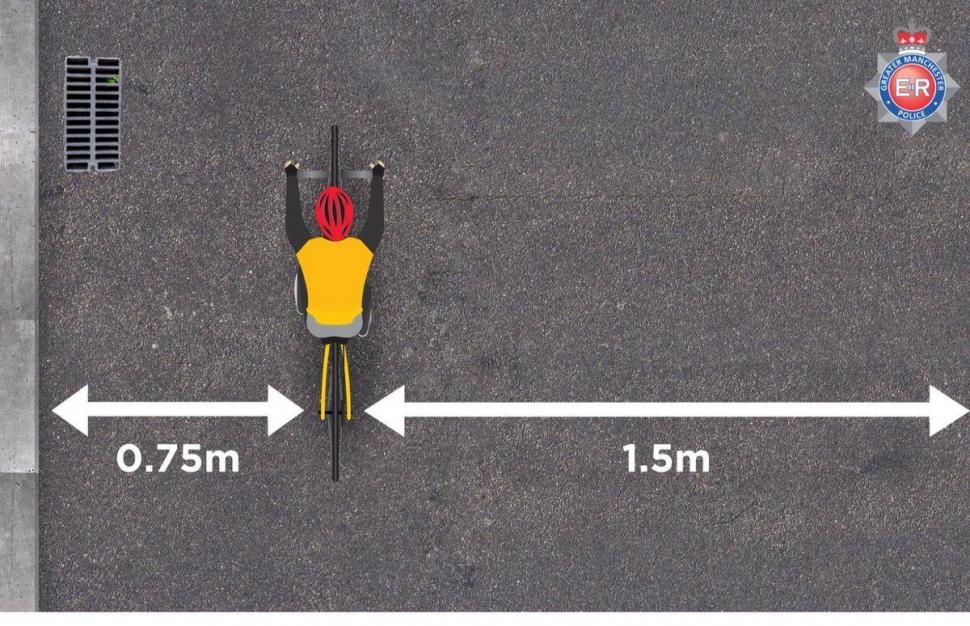 Greater Manchester Police (GMP) issued warnings to 10 drivers in the first few days of its new close-pass operation. The force also reported stopping seven drivers inside an hour this morning for using their phones at the wheel, including one who was driving a school bus.

The Manchester Evening News reports that a white van driver passed close to an undercover officer on Princess Parkway near Withington tram stop while another honked their horn at a different covert officer on Manchester Old Road in Middleton.

Gareth Walker, a road policing support officer who has been among those cycling around on bikes mounted with cameras, said: “This is all about trying to educate drivers about what is legally acceptable.

"So far since the operation started in February there have been 13 close passes that we have had to deal with. That is a very worrying number of drivers who think it is acceptable to drive so close to cyclists on the road.”

Offending drivers are being offered ‘on-the spot education’ but those who refuse are likely to be charged and risk fines and penalty points.

The driver of a double-decker bus has been among those spoken to.

Officers have also been cracking down on mobile phone use at the wheel as part of the operation, tweeting this morning:

Announcing the force’s close-pass operation, Inspector Paul Rowe, from GMP’s collision investigation unit, said: “Our warning to reckless drivers is that the next cyclist you overtake could be a police officer. The close pass initiative highlights the need for all road users to be respectful of each other’s space. It is vital that motorists understand that cyclists are given the same rights and protection as any other road user.”