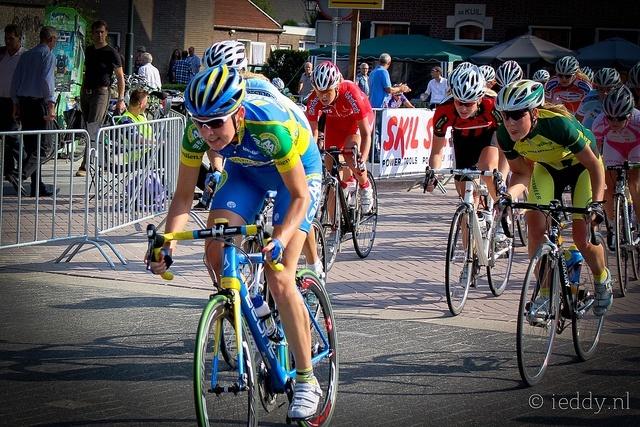 The former Dutch pro cyclist Marijn de Vries has said she was sexually harassed and assaulted by soigneurs during her career, in echoes of the allegations made against individuals in British Cycling.

Writing in the Dutch newspaper Trouw, she said: “There was the mechanic, who regularly pressed me against the wall and shouted at me for no reason. There was the soigneur who managed to touch my ‘lips’ every once in a while during massage.

“I doubted myself. I didn’t say anything, because I didn’t want any fuss. And I was 30! I had a lot more life experience than my 18-year-old teammates, who lay down on his massage table too.”

The Dutch cycling federation KNWU, of which De Vries is member of the board, said there would now be a large-scale investigation into the allegations.

In a statement, the KNWU said there would be “proactive research on this topic within the Dutch cycling sport”.

Anne Loes Kokhuis, KNWU’s commercial affairs manager, told Ella CyclingTips: “The events at British cycling, with the track riders specifically, was our motive to start this investigation. But the CIRC report of February 2015, which describes ‘(large-scale) acts of intimidation within women’s cycling’ was also a very pressing reason for the KNWU to start a similar investigation in the Netherlands.”

“This investigation isn’t aimed at women only. We are targeting each and every one of our members. We’d like to hear from our 5- to 8-year-old beginners – or their parents, as we need parental consent with minors -, right up to our professional cyclists. It’s not just about sexual harassment either. Intimidation can occur in many ways.

“It’s the receiver who decides whether something is intimidating. If it wasn’t meant to be intimidating from the sender’s end, it is our job as the KNWU to educate those people about their behaviour and explaining to them that, while they might not intentionally aim to intimidate someone, it does come across that way as the riders are in a dependency relationship.

“We don’t know the exact scale of the investigation yet, since it will all depend on what comes back to us through the questionnaires. On the one hand, we are hoping to hear no-one has ever experienced anything like this. On the other, that will get us wondering whether everyone has felt free to speak up.”

Multidiscipline world champion Marianne Vos said: “Personally, I have never experienced anything along the lines of harassment, but for those that have, there is now a real opportunity to speak up.”

Another anonymous Dutch rider said: “There’s usually only one directeur sportive in a women’s team, while there are several in men’s teams. If you, as a woman, don’t see eye to eye with your DS, there’s nowhere you can turn to.”

Back in 2013 we reported how Peter Sagan was criticised for a photograph that showed him pinching the bottom of a podium girl after he was placed second in the Tour of Flanders.

As the winner Fabian Cancellara was given the customary kiss on the cheek by a blonde hostess, Sagan turned and 'goosed' her on the backside.

Social media immediately exploded, with thousands registering their unease at Sagan's act - and he was eventually forced to apologise.

Michael Hutchinson, 2012 Irish Time Trial National Champion, tweeted: “Shame that Peter Sagan has so much class on a bike and so very little off it.”

Irish Paracycling Team member Colin Lynch wrote: “Despite the symbolism of being kissed by scantily-clad women & then spraying champagne all over the place, groping them before is [off] limits.

“The podium move by Sagan was like school on Sunday. No class.”

A broader UK Sport investigation into allegations of sexism and discrimination within British Cycling’s World Class Programme is still ongoing.

Varnish alleged that Sutton had told her to ‘go and have a baby’ when she was dropped from the Olympic programme in April. Her sexism claims were subsequently backed up by other riders, including Victoria Pendleton.